A special report for the Superman Homepage by Scotty Vinnacombe!

On Friday, August 30th, 2019 I was invited to take a SuperTour of New York City. Well, technically, our fearless leader Steve Younis was invited, but since he lives Down Under, the honor was passed on to me. What is a Super Tour you ask? On Location Tours (www.onlocationtours.com), winner of The Concierge Choice Award for Sightseeing and Tours in 2013 and acknowledged in 2017 with a Certificate of Excellence from Trip Advisor, was started in 1999 and grew to serve over 100,000 tourists in several cities each year. There are many different New York City tours to choose from if a traveller or local is interested and, judging by the one I journeyed on, any you would choose would serve you a rare treat.

The tours in NYC are, of course, based on New York City landmarks and places that are featured in television and film throughout history. There’s a Sopranos tour and a tour that includes sites from popular sitcom Seinfeld and many more. The tour we at the Homepage were invited to is called The Super Tour of New York City because, during it, adventurers of all ages will visit the places in NYC that featured in Superhero film and television franchises. There’s Times Square, where the tour begins, which was featured in The Amazing Spider-Man 2 but was recreated in complete digital magic and then filmed on a soundstage far away from NYC. Or perhaps you’re more interested in Washington Square Park, where
Tony Stark, Spidey, Bruce Banner and Dr. Strange took on the advance harbingers of Thanos? Whatever your Super interest, the Super Tour has it!

What better time to plan your Tour of NYC with onlocationtours.com than right around ComiCon? ComiCon begins on October 3rd and runs through that weekend and, if you’re going, you should definitely check out The Super Tour! With many Superman related locations, any Superman and Superhero fan will be thrilled hearing about it all!

The tour group meets at Midtown Comics  (www.midtowncomics.com), one of the most famous comic shops on planet Houston. It is here where tourists and locals alike will meet their tour guide to prepare for the Super journey. Our tour guide for the day was one Jason Silverman  (www.jasonsilverman.net). Jason was personable, knowledgeable and accommodating. Jason is the guy who took the swell picture of me above!

After lining up based on booking and arrival time order, Jason guided us to Times Square proper, which was about 3 blocks away. As a Superman Homepage reporter, I will be concentrating on all the Superman specific locations on the tour. At Times Square we have The Paramount Building, which was the inspiration for the now iconic design of The Daily Planet in all forms of Superman media.

The Paramount was once the headquarters of Paramount Pictures. The building was built in the 1920’s and, at the time, it was the tallest building in Times Square.The Paramount Building, standing at 1501 Broadway, was located so close to Fleischer Studios headquarters a few blocks away, that artists drawing the original Superman cartoons used the building as a model forThe Daily Planet, which still holds today!

Though we did not technically visit Grand Central Station, as we passed by it in the bus, Jason reminded us that the terminal was used in Superman: The Movie as the entryway to Lex Luthor’s underground lair. Superman fans will remember the iconic scene where Otis is tailed by two detectives, one of which is later hit by a train, on his way to his boss’s hideout. I realize you are currently humming, singing, or otherwise hearing in your head the Otis theme from that scene right now as you read this. I know I was during the tour and I am now as a write this piece.

Likely the most memorable place for Superman fans we visited was the historic Daily News Building. The structure was built in 1929 and housed the New York Daily News until 1995. The building is designated a National Historic Landmark and, as such, cannot have its exterior or lobby altered. This is fantastic news for Superman fans because, as we all know, the building, its famous lobby and its revolving doors are of great significance.

In fact, while filming of Superman: the Movie was taking place, New York City experienced a city-wide blackout. With the entire city bathed in complete darkness, filmmakers set up flatbed light trucks and washed the News Building in shining lights to film the legendary helicopter scene. Further, though it makes for an exilherating first appearance of Superman, there is no helipad in the world throughout all of known history that would have electrical cables strewn across it, which is the premise of the disaster in the film. But perhaps it was a temporary repair job or maybe someone just needed to hear a radio on the opposite side of the roof and the extension cords got in the way!

It’s impossible to describe how being in the very revolving doors Christopher Reeve may have been in in 1977 makes one feel. As fans, I bequeeth you to take this tour if you can, when you can, for this experience alone. Knowing, as you view the building and lobby that Margot Kidder and Reeve were all over this location over 40 years ago is so swell.

Another Superman location we talked about on the tour is The United Nations Building. We didn’t stop for it, but as we passed by we were informed about Superman IV and how the exteriors of the building and the concourse were used. I personally worked as a background performer on the first film ever allowed to actually film in the U.N. General Assembly room. The film was The Interpreter starring Nicole Kidman, so when you see

Superman in the Assembly this was filmed elsewhere.

While we didn’t stop at the Empire State Building, it was included as a Superman related part of the tour. As you know, in Superman II, Non was hit into the top of the building during the Metropolis battle, collapsing the antennae, which Superman then catches to save an infernally stupid woman, who just stands there watching it fall toward her and her baby. In Superman IV, Lex Luthor has a penthouse at the top of the Empire State Building, even though the penthouse set in the film wasn’t actually in the building itself.

Finally, and perhaps most famously featured, The Statue of Liberty views were our last stop on the tour. The tour doesn’t end where it began at Midtown Comics. Instead it finishes at the bottom of the island where we can see New York Harbor, Ellis Island, The Freedom Tower and, of course, standing ever-vigilant in the waters of the Harbor, the historic Statue of Liberty. Superman’s first romantic flight with Lois in Superman: the Movie involves a rotation around the Statue. In Superman IV, Nuclear Man picks up and carries Lady Liberty to drop on the citizens of Metropolis. I won’t spoil the ending, but perhaps Superman stops it from happening. Who knows?

With a grand list of all other superheroes I haven’t gone into here, and incredible visits and info on Superman related locations, The Super Tour is a perfect cap to your trip to New York City. So, during ComiCon or otherwise, do yourself a favor and visit www.onlocationtours.com or call 1-212-913-9780 to book The Sopranos Tour, The Sex and the City Tour or The Super Tour today! 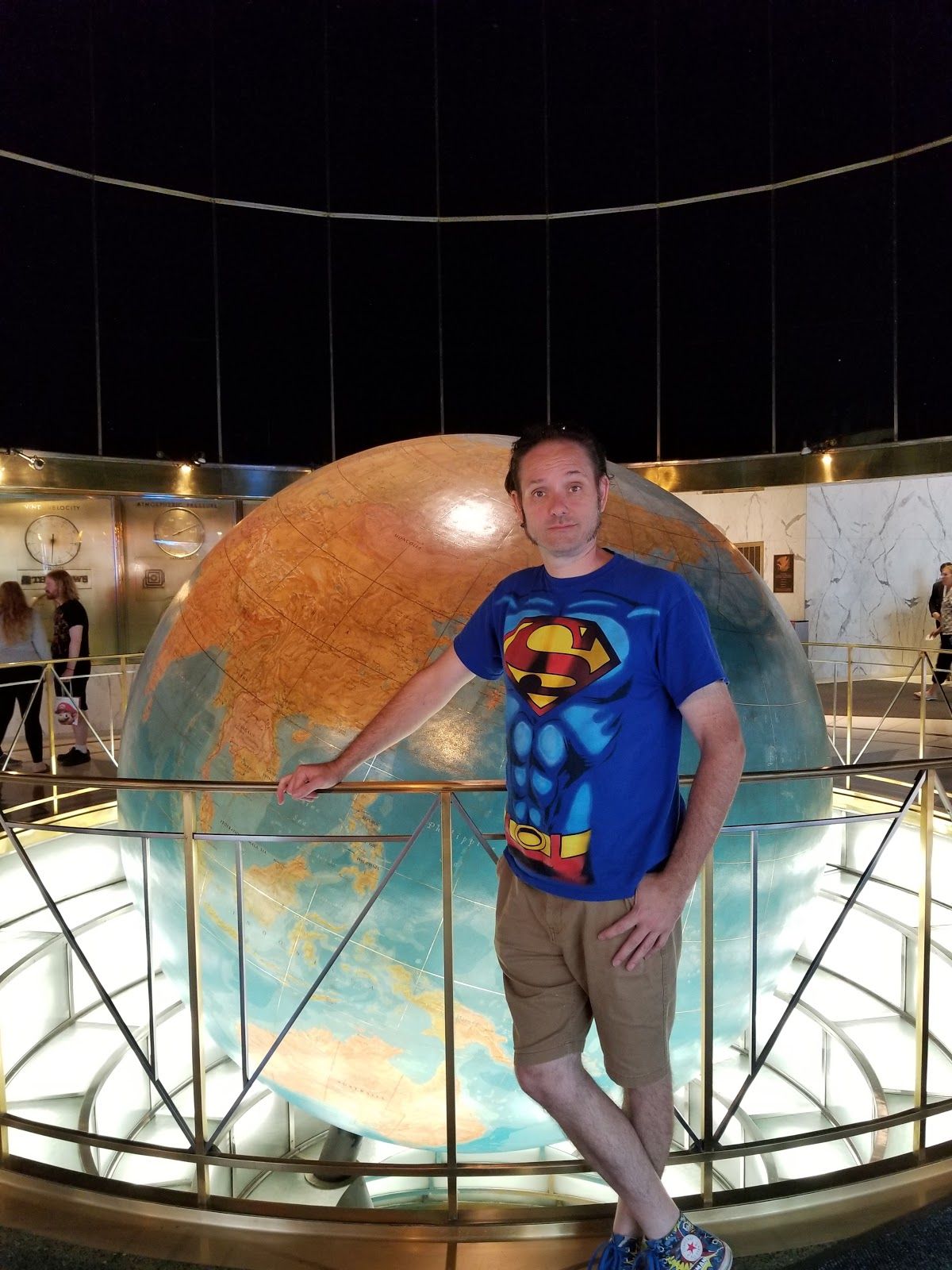 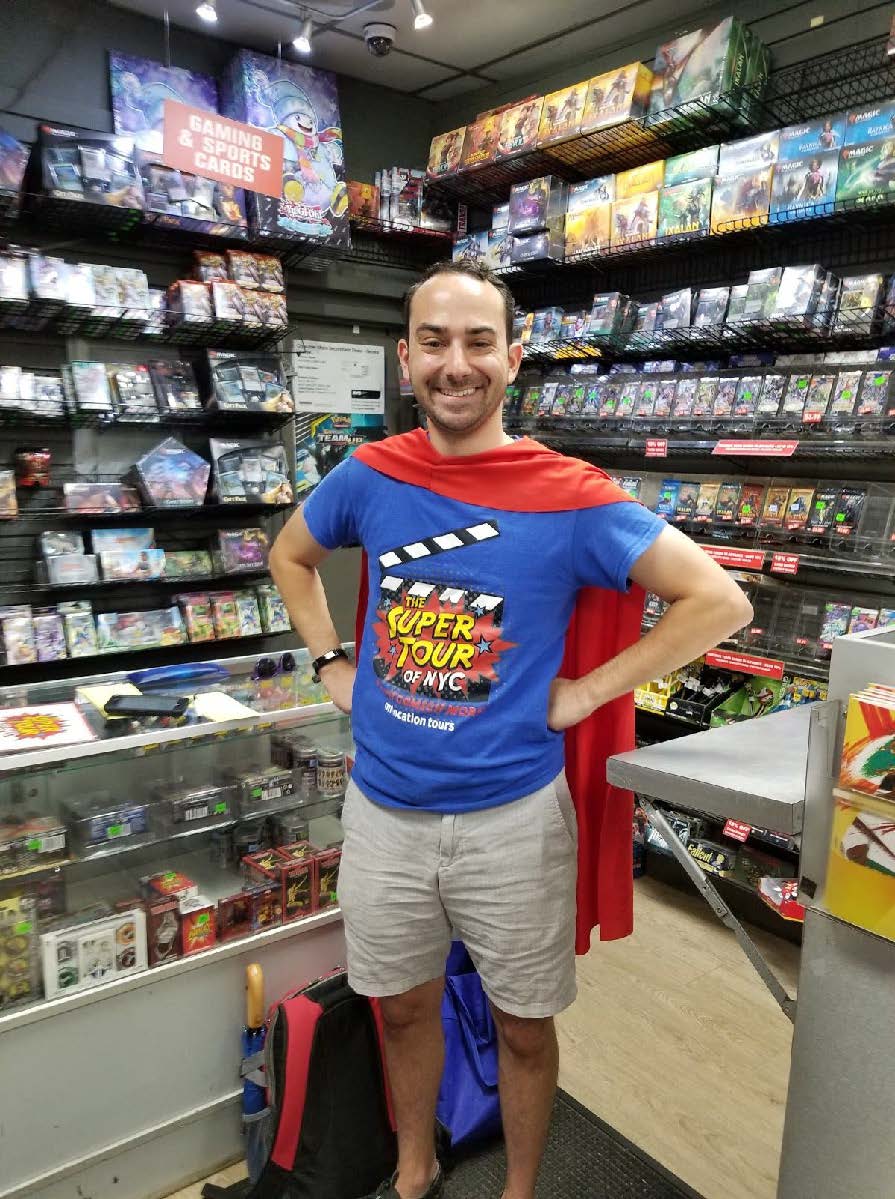 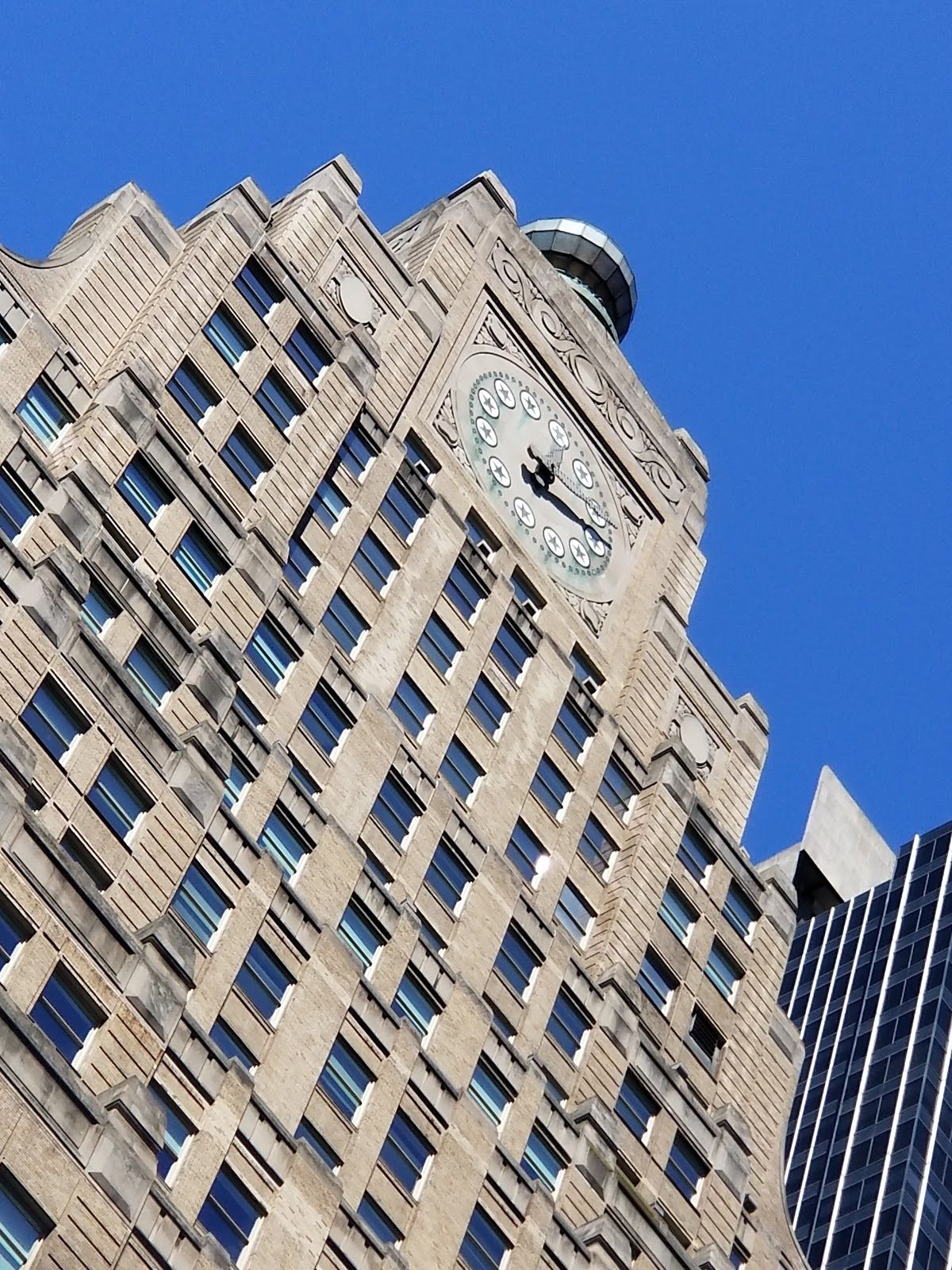 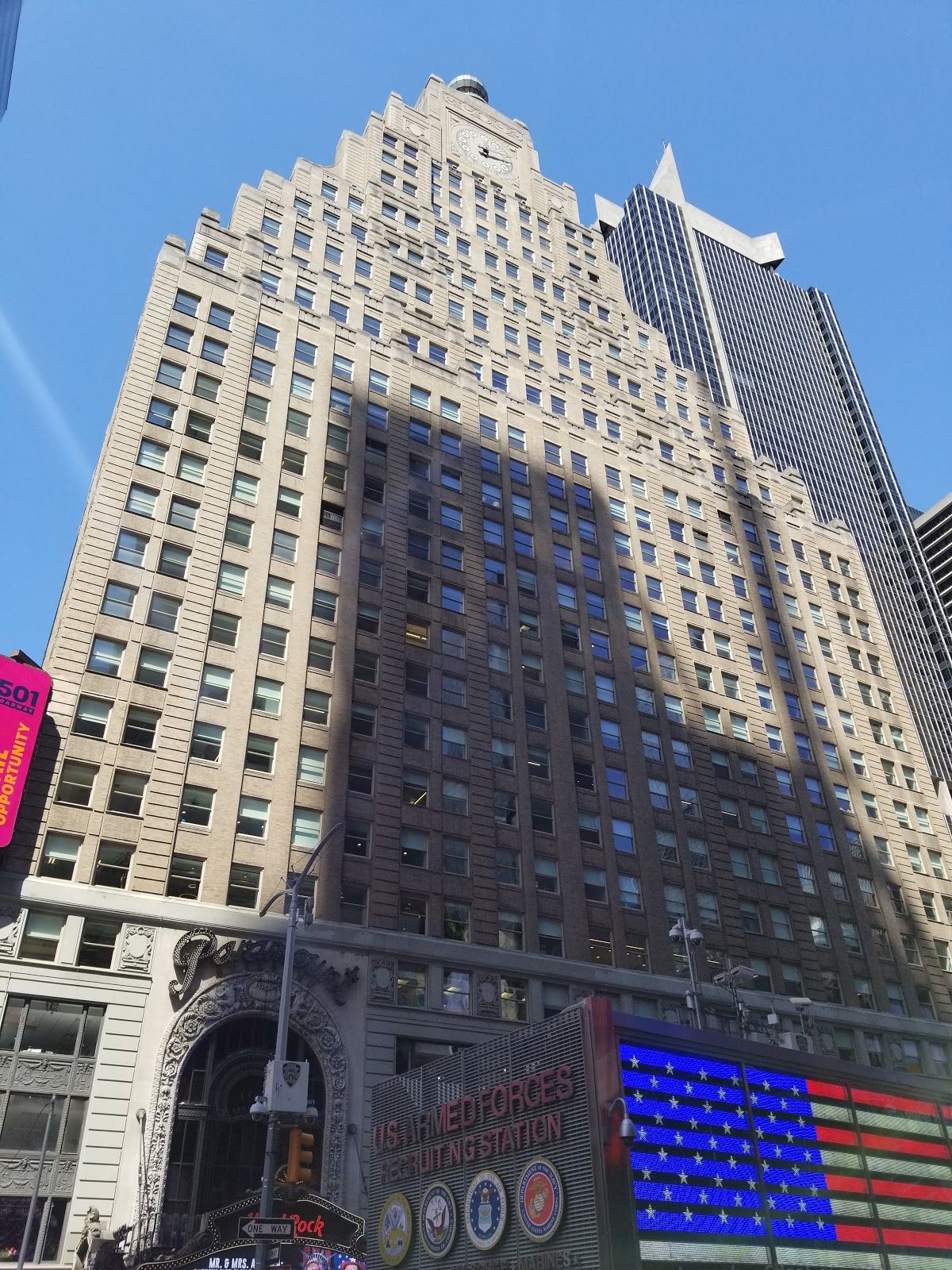 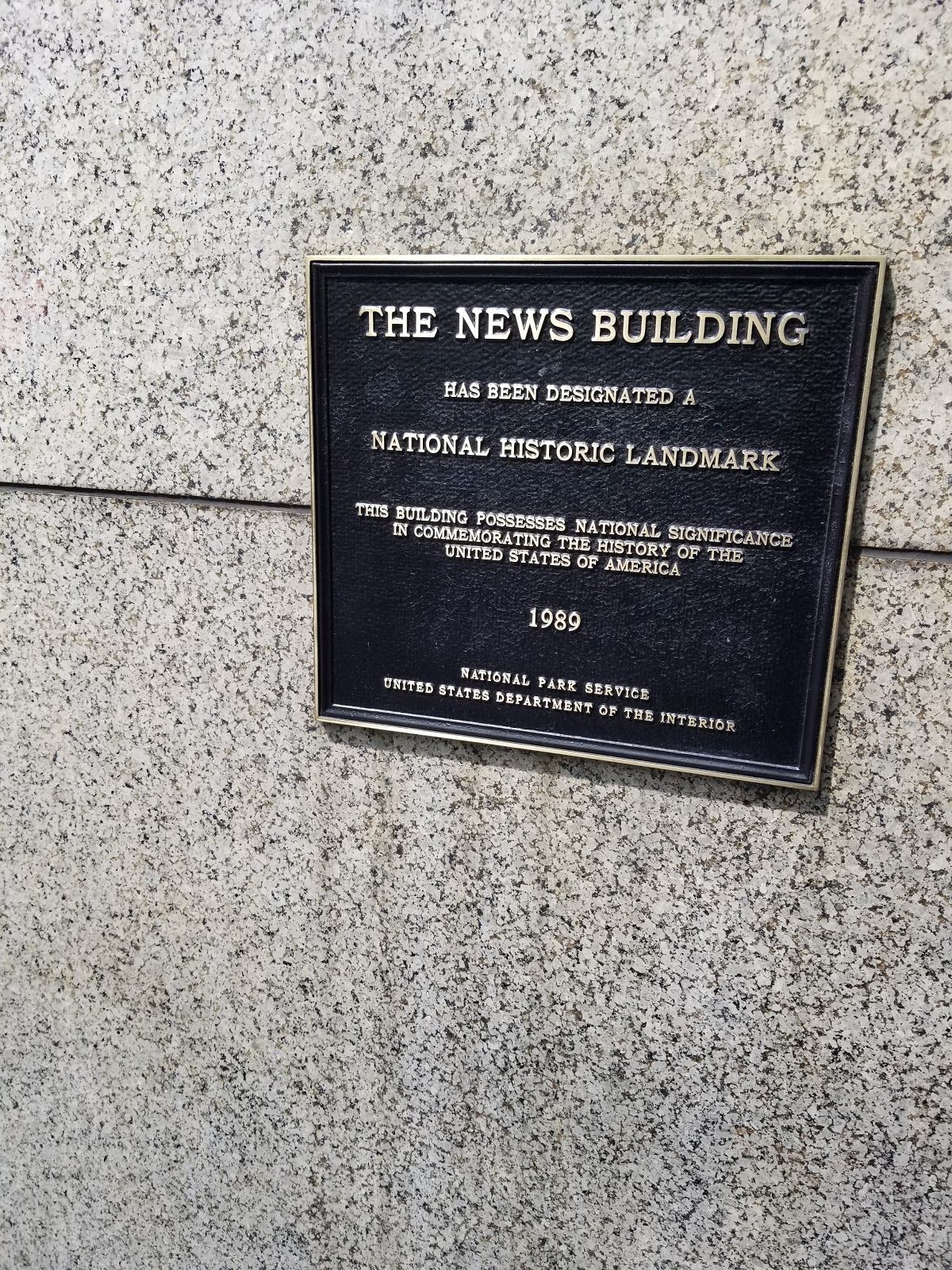 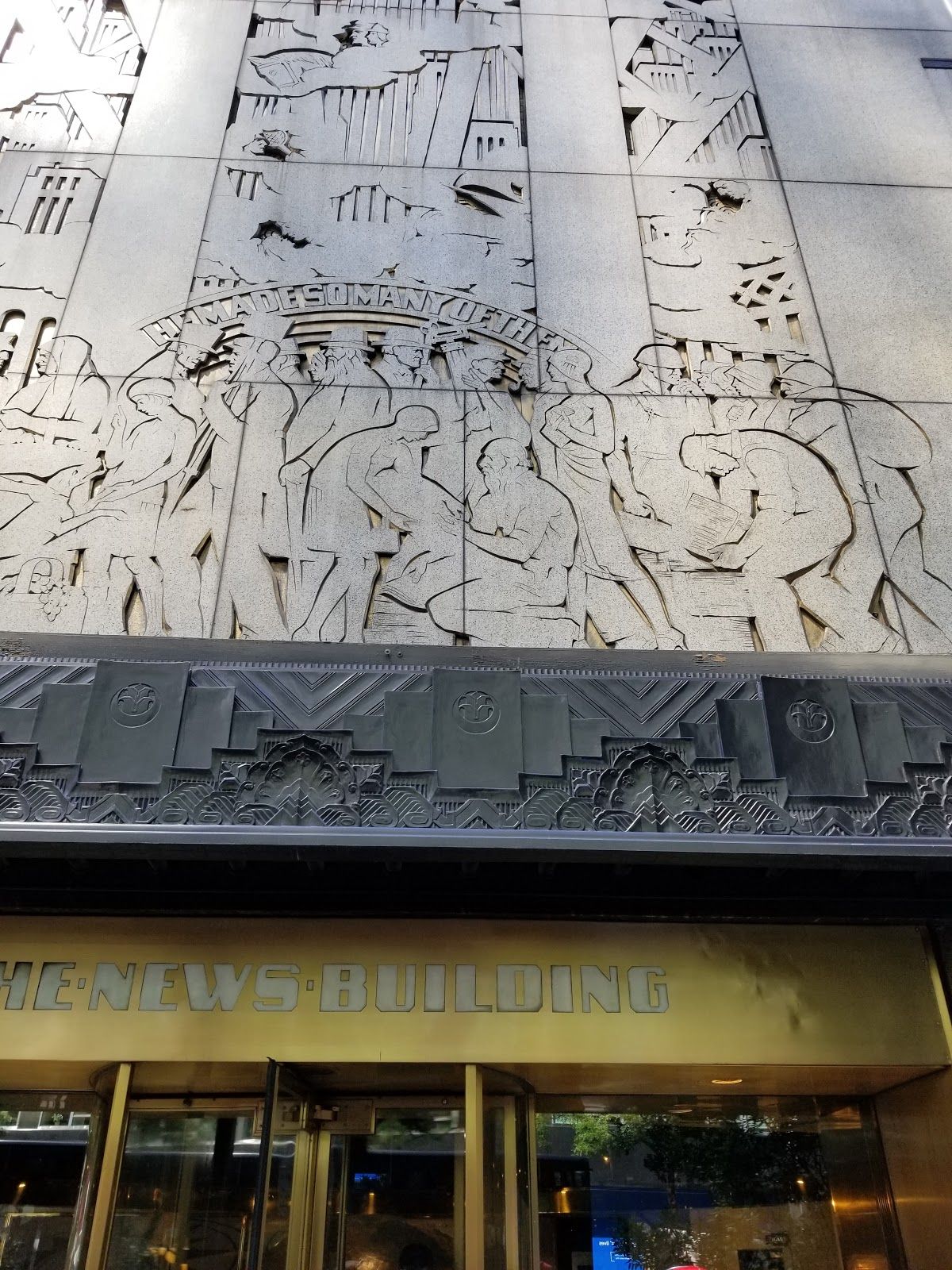 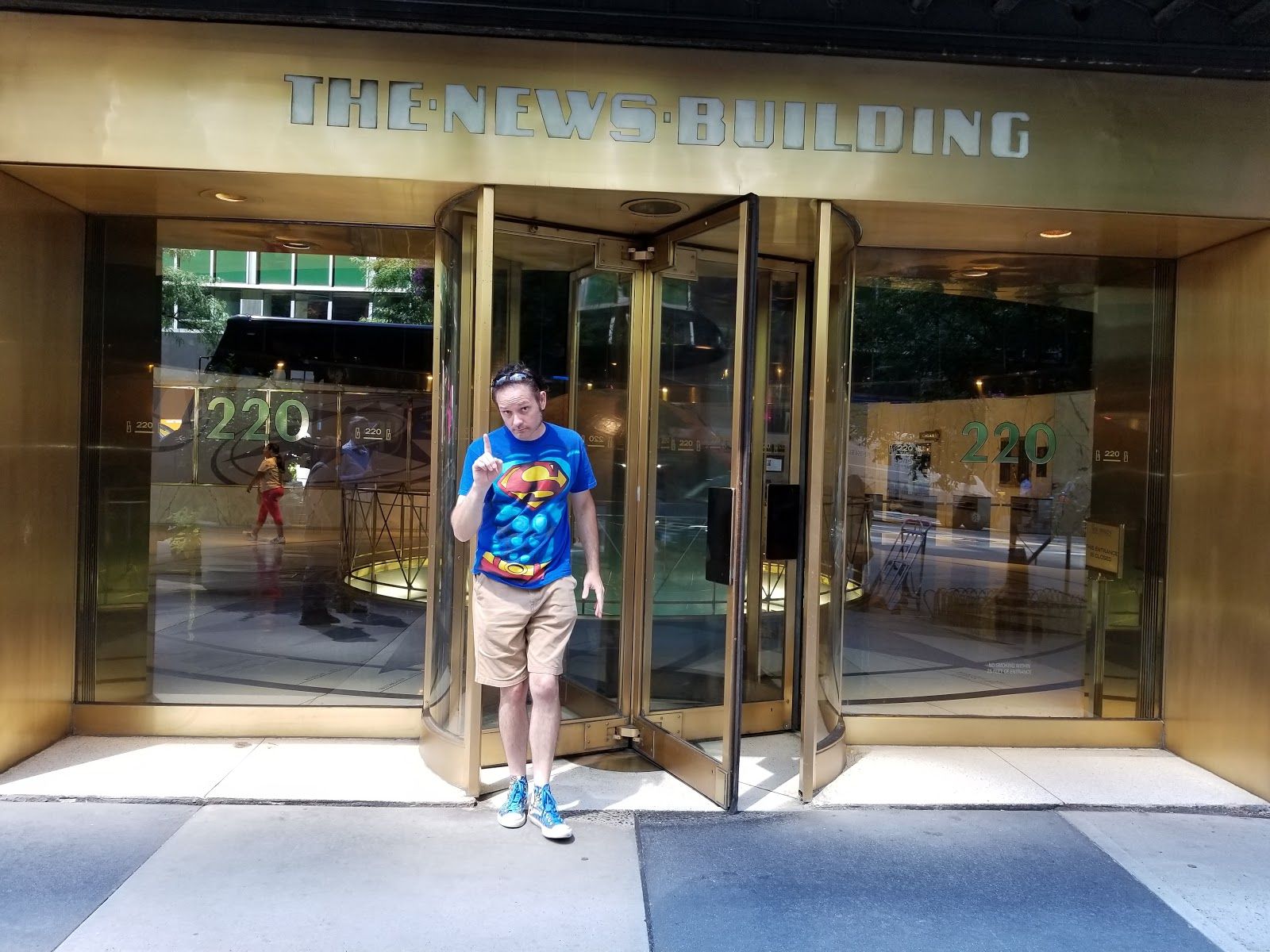 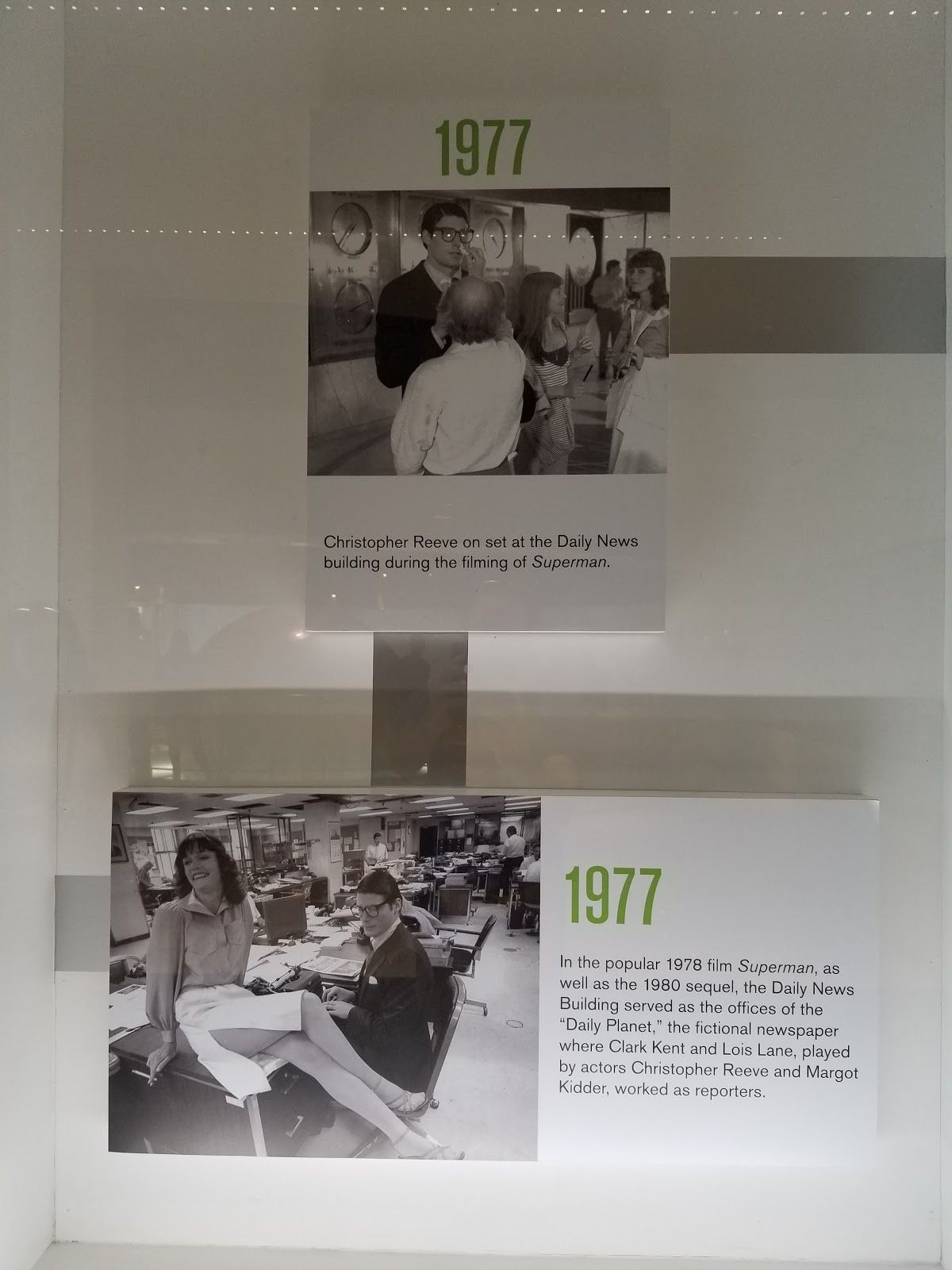 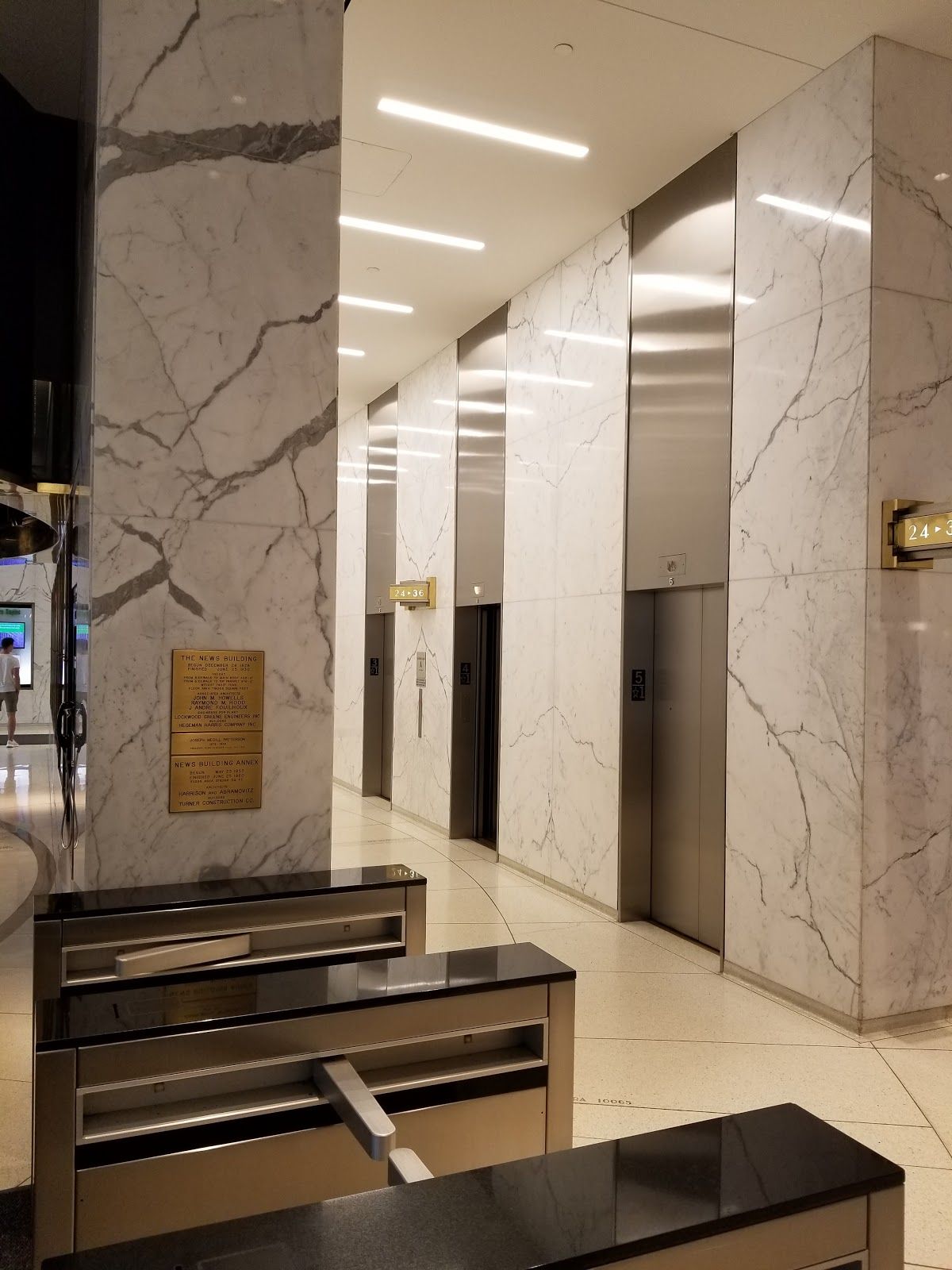 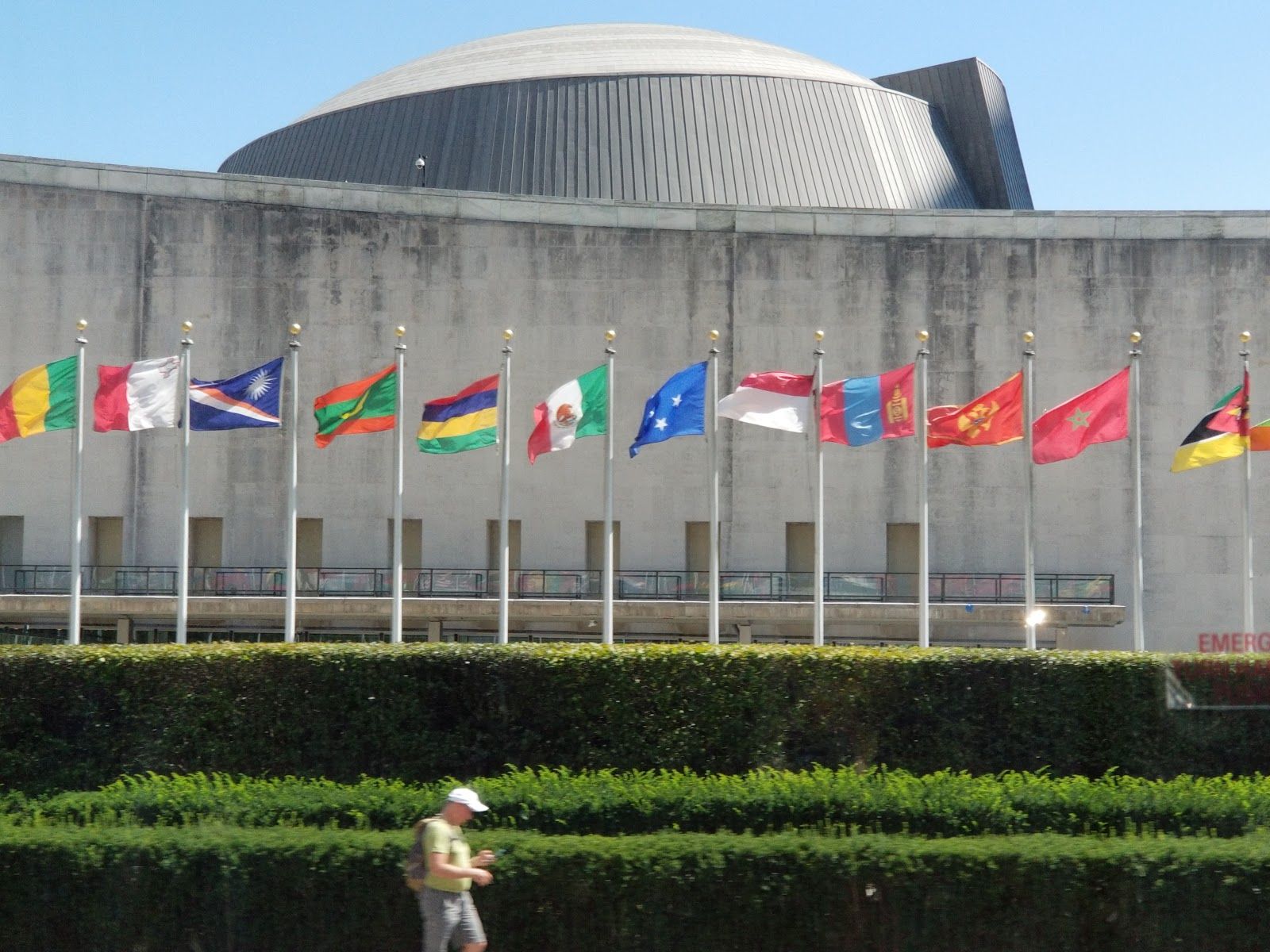 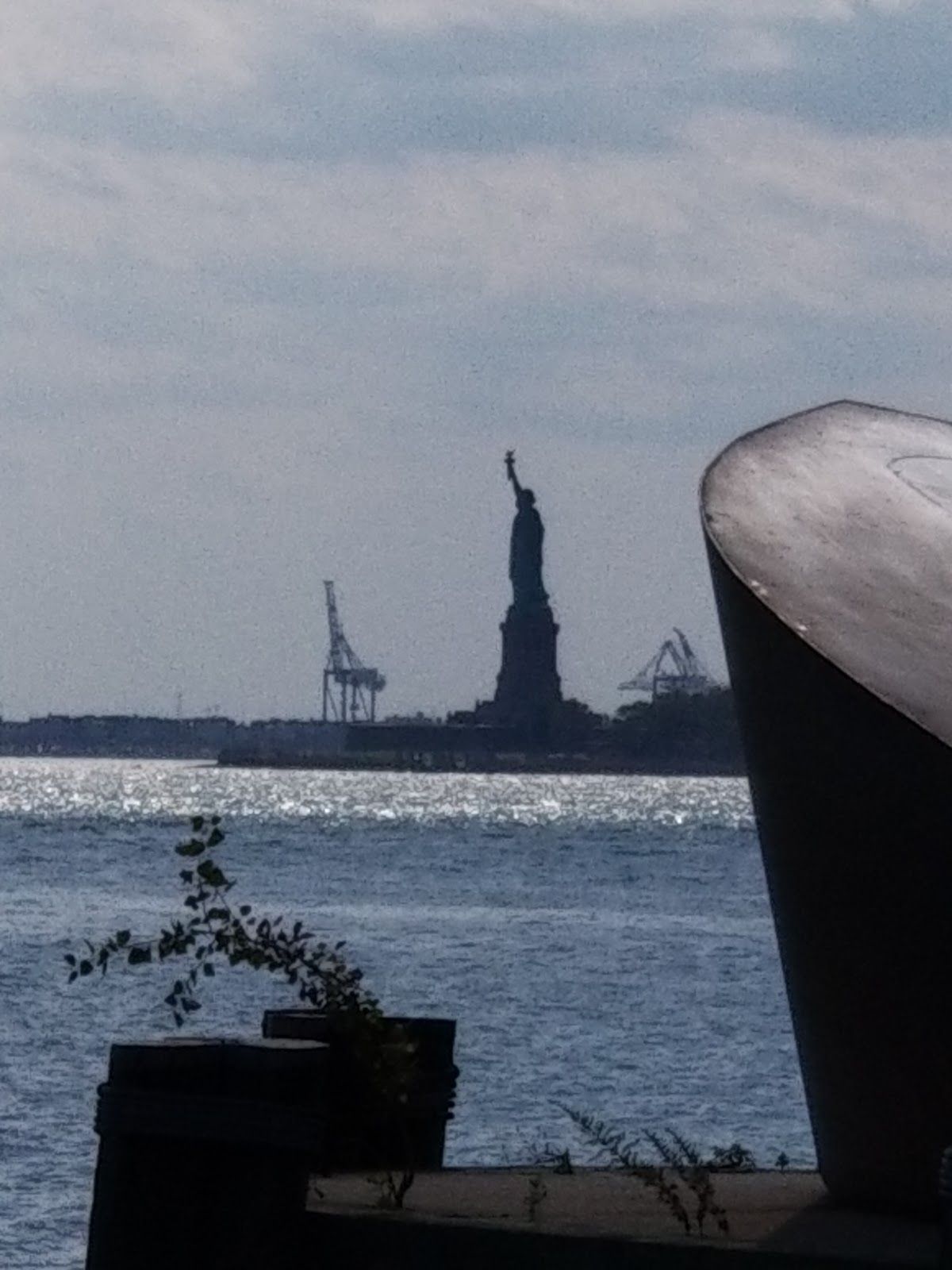 “Likely the most memorable place for Superman fans we visited was the historic Daily News Building. The structure was built in 1929 and housed the New York Daily News until 1995. The building is designated a National Historic Landmark and, as such, cannot have its exterior or lobby altered. This is fantastic news for Superman fans because, as we all know, the building, its famous lobby and its revolving doors are of great significance.” By the way, The News Building has also been, since 1948, the home of the NYC TV station that has aired some form of “Super” programming…from… Read more »

Awesome! Great additional info! Thanks for reading and sharing!

It’s been good to hear from you again! Since the JL, you’ve been absent from your Great Scott articles. But I know there hasn’t been much to talk about. Still like to get the occasional updates and your opinions/speculations.