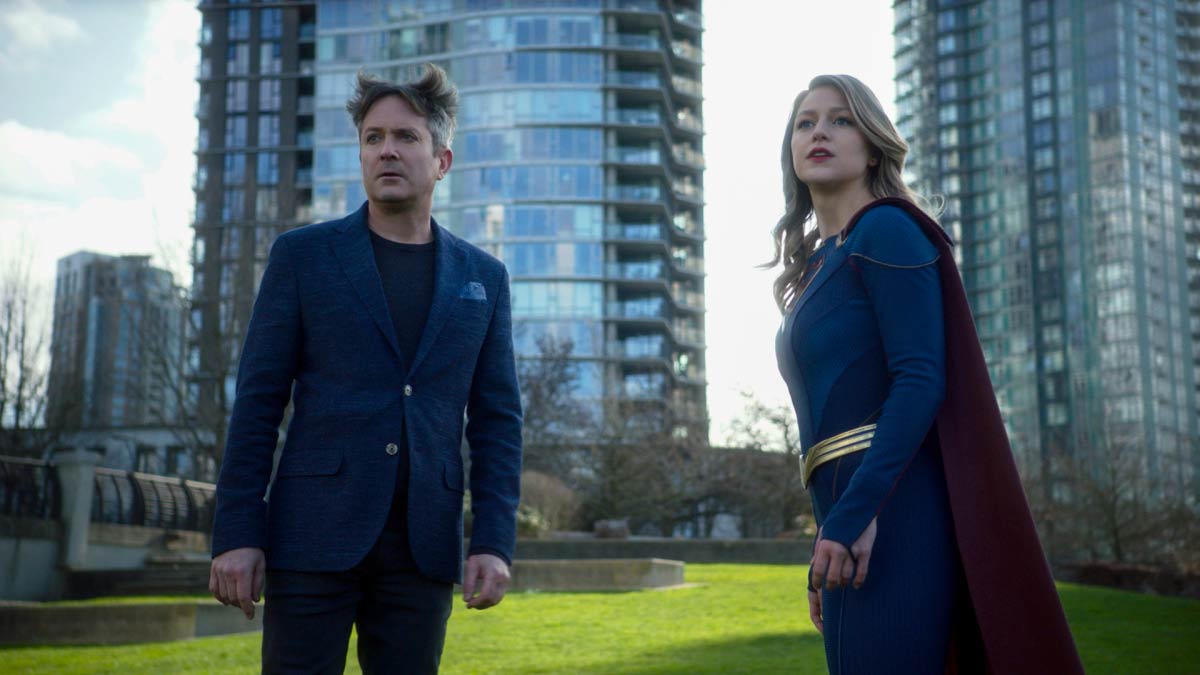 Rating - 4 (out of 5): Well, we now have an actual, factual pronunciation on the word "Khund". Turns out the H isn't silent. Probably for the best.

This episode rode the line between over the top and silly and, thankfully, never quite fell into the silly. The fact that Nxyly had a sympathetic background helped with that as did how they presented Mxyzptlk. Mxy was a likable, goofy imp with a fun sense of humor, but also a sense of honor. The musical number at the beginning was funny and went a long way of making me like this version of character more than I already did. Him making the "suicide" play at the end worked for how he had been played throughout the episode.

I will admit that the whole, "preventing the bad guy from gathering a certain number of artifacts before said bad guy gains total and complete power" has a kids' cartoon feel to it, but it's a solid premise to hang a storyline around. Again, it's all in how the writers are going to play it out, but this all feels really weird, especially in the final season of the series.

I'm not quite sure how I feel about Lena's mother being part of a coven. I have no problem with witches as characters, but this is a really weird twist to throw at Lena's character. We're early into this sub-plot, so I can't judge it yet, but I will admit that this feels a bit weird. They are really going to have to stick the landing on wherever they are going with this. Trepidations aside, it was nice to see Lena again.

The one weak spot of the episode was Nia keeping the fact that she helped Nxly escape. It was the reason that Nia was hiding it that bugged me. We're two seasons in to Nia being a part of the cast and the whole, "Kara will not understand and lose all respect for me," felt really forced. These characters have been a team long enough that this sort of storytelling feels out of place, and it was only there to add drama to an episode that it really didn't need.

Other than that, this was a solid episode. There were some goofy moments, like the heroes fighting a giant cat and Kara using her heat vision like a laser pointer, but it was fun and enjoyable. I'm on the fence about where things are heading, but I'm willing to give the show the benefit of the doubt that they will make it all work for me in the end.