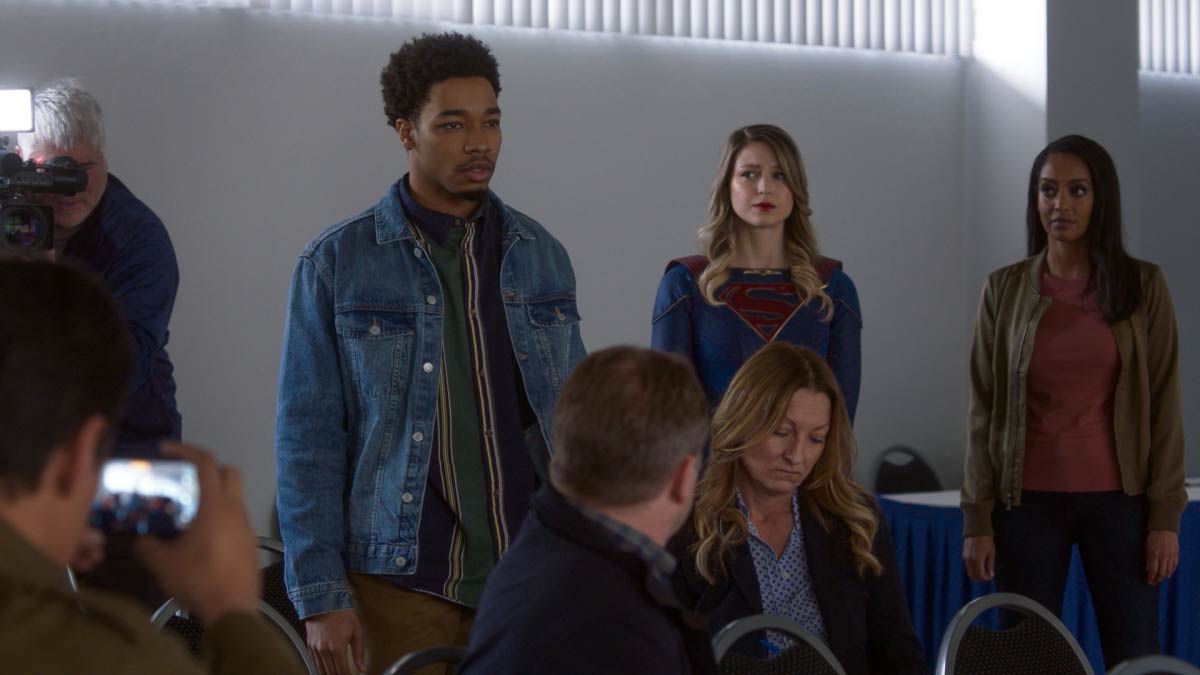 Rating - 4 (out of 5): While I didn't like this episode as much as I did the previous one, this episode was still solid and enjoyable. The socio-political commentary was heavier handed this time out, but not as soap box standing as it has been in the past.

The only part of the episode that I would consider weak was the speech Andrea gave about social media. It felt like someone that had a kind of/sort of handle on what social media is but vastly over-estimates its place in the world. Nothing she said was technically wrong. Social media is a powerful tool and can be a force for change, both good and bad. But it still sounded like an old person trying to explain something that the kids these days are doing.

I could be wrong about this.

Supergirl's end of the episode was a great play on the idea that as powerful as she is sometimes it's a regular person that can make a difference. The issues that the episode discussed are real and, in all honesty, they didn't go into it as hard as they could have. There is a housing crisis in the United States right now and the idea of a big tech company buying up an apartment complex and making it inaccessible to lower income people is not some far out concept. I'll give the episode credit for trying to give both sides of the issue, but Rankin's side was played a little more two dimensionally, though, to be fair, she sounded like your average politician that is far more interested in her legacy and looking like she is doing something rather than actually serving all of her constituents. Once again, the ending of the council voting against the project was the most unbelievable part of a show where there is a woman from another planet that flies and shoots lasers out of her eyes. I buy the idea that Supergirl exists more than politicians actually helping the common man.

Nia getting to see her mother one more time was emotional, and the show is finally dealing with her learning how to interpret her dreams better. This show has been great about making her a powerful character with visually interesting abilities, but it all started with her dream powers, and they took way too long to get to this point. Having her release Nxyly gave the whole scenario more emotional weight and I liked that her mother didn't shy away from telling her how wrong that was. The writing made it clear that Nia had her reasons and that mistake made me like the character even more because it's a very human thing to do. The only issue I had is that they glossed over the horribly transphobic thing her sister said to her when it came out that Nia was the one with the powers. I felt like that should have been addressed because forgetting that makes Nia look like the one not reaching out.

Again, a fun episode. Kelly's training is coming along exactly like I thought it would be played out. I'm glad the show didn't fall into the trope of having Alex being hard on her and the two having issues because of it. J'onn didn't have much to do this time out, but I was glad to see him. The ending with Mxyzptlk showing up was fun and I like how the show is having the final moments of the episode lead into the first moments of the next episode. It's giving the final season a more serialized feel.