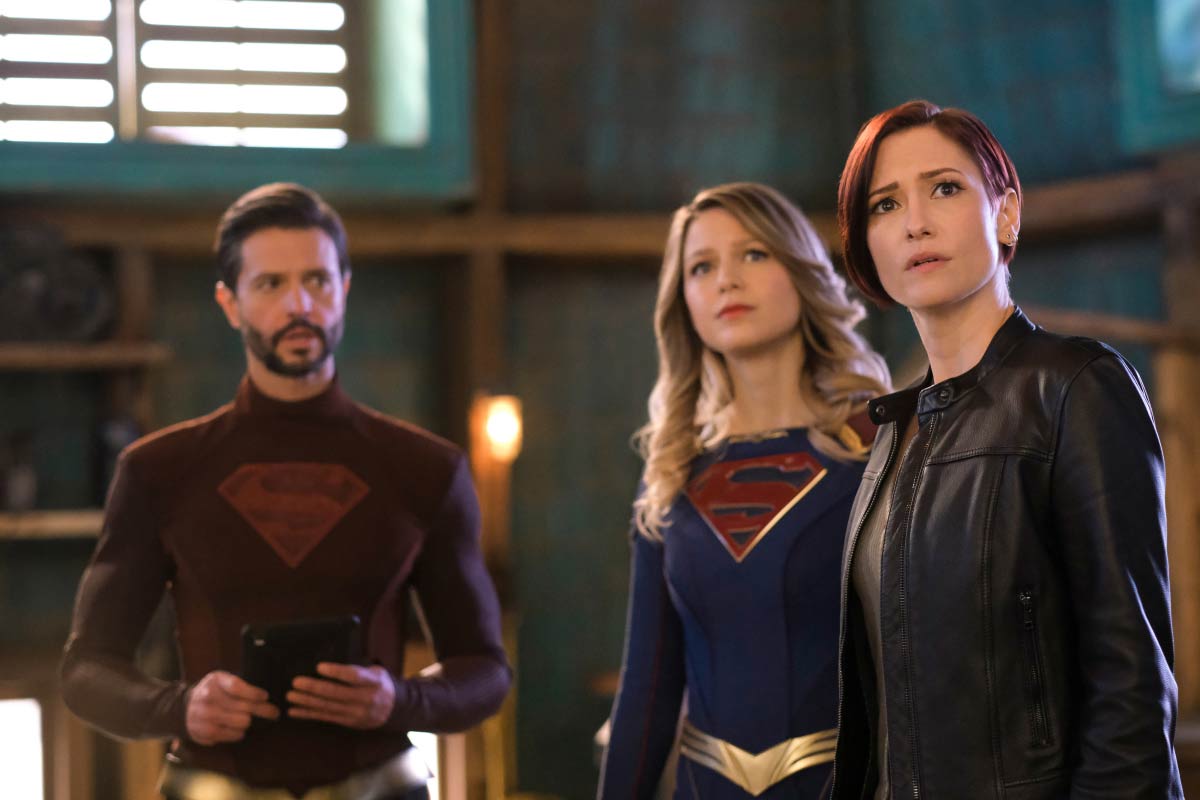 Rating - 4 (out of 5): I kind of want to number this episode "Season 6.5, Episode 1" because this felt more like a traditional season opener than we got earlier in the year. This isn't so much a criticism as it is an observation. I was pretty hard on the previous seven episodes as a whole, but that was only due to the dragging out of the Phantom Zone storyline. Now we're back on Earth and the cast is back together and the season can finally get underway.

My favorite part of the episode was how it dealt with Kara's PTSD from her time in the Phantom Zone. The show didn't go overboard with it, but Melissa's body language and expressions when Andrea is telling her she wants Kara to cover the recent attacks looked to me like someone that was about to have a panic attack. The other short bits where she had flashbacks and, finally, her crying on Alex's shoulder at the end of the episode were all very well done. To be fair, this is a subject that means a lot to me as my wife suffers from PTSD and I appreciate when my entertainment talks about the issue in a realistic way.

I was glad to see that Zor-El won't be sticking around. There is something about him being a thing for the entire season that doesn't appeal to me. The early mention of Argo was welcome because my first thought when I saw him in the episode was, "Wouldn't he want to see his wife?" The show did an adequate job explaining why he was hesitant to "go home" but at the same time I just didn't totally buy into it.

I was equally dubious about how the social issue that the episode was handled. Don't get me wrong. I am not one of those people that believes that global warming doesn't exist or that humans aren't causing it and I appreciate that the show was trying to say something about it but tying it to Krypton's destruction and having Zor-El say that Earth is at the same tipping point just didn't work for me.

The trash monster version of Kelex was fun. Silly, but fun.

The one area where the episode dropped the ball was the visual effects. The scene where Zor-El and Kara were dealing with the falling satellite looked…rough. The lighting was weird, and the CGI just didn't work for me. As always, I admire the show for going for it, but it just didn't land.

It was either that or making a joke that it crashed. Both are equally terrible.

Despite those issues I was entertained and ultimately satisfied with how the episode played out. It was great seeing Kara with her friends and back at CatCo and getting the season going again. This is still far from the strongest of seasons, but this episode gives me hope that they can turn things around.