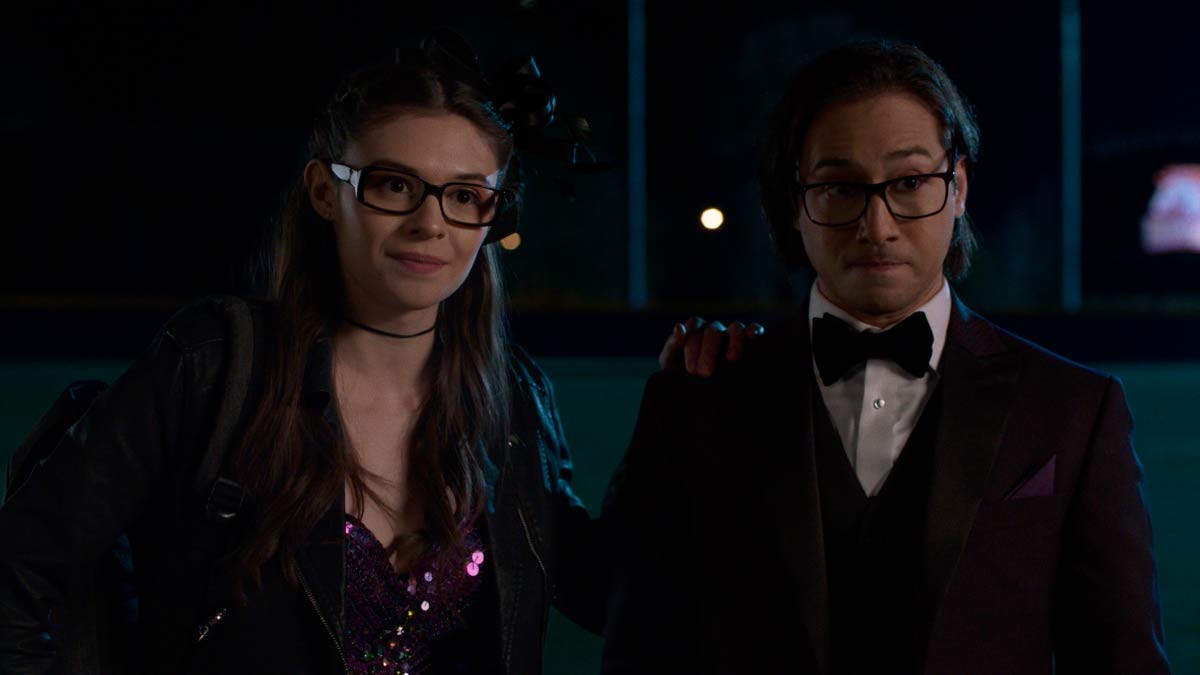 Rating - 4 (out of 5): This episode was much stronger than the previous one. The main reason for this is that even though Brainy and Nia went back in time to get Kara out of the Phantom Zone, the Zone and the Phantoms didn't play into the episode all that much. Instead, they focused more on the characters and we, the audience, benefited from that.

Nia was the character I responded to most. Nicole Maines gave an impressive performance and the hurt and pain she was feeling about the idea of talking to her mother got to me. The look on her face when she heard her mother's voice on the answering machine felt real and elevated the entire episode. I liked her dynamic with the younger Kara and, as always, her chemistry with Jesse Rath as Brainy was spot on. The comedy beats between them made me chuckle and I liked her singing "9 to 5". It was impressive, especially for an a capella performance.

Brainy was a lot of fun this episode. At first, I thought the more comedic scenes were taking away from the story, but then I told myself to relax and just have fun with it. The stress eating continues to be a good character bit and watching Brainy be so happy about getting to play baseball was adorable.

Izabela Vidovic and Olivia Nikkanen were fantastic as the young Kara and Alex. The drama between them felt a little repetitive (we've seen them deal with the sacrifices the Danvers made and with Alex telling Kara not to use her powers) but they were so good with capturing the mannerisms of their older counterparts that I didn't mind. Kara's problems with telling Kenny that she's going to college in National City was a nice dramatic hook and I'm glad they didn't rush to resolve it in this episode. Eliza Helm also did an amazing job playing a young Cat Grant. She captured that sort of haughty air that Calista Flockhart gave to the character. And her jealousy of Lois Lane was likewise on point.

Even the goofy aliens (who felt like they should have been on Lois and Clark: The New Adventures of Superman) were fun.

This was a good episode. I liked it. I was a little nervous but they set everything up nicely and I look forward to the resolution.