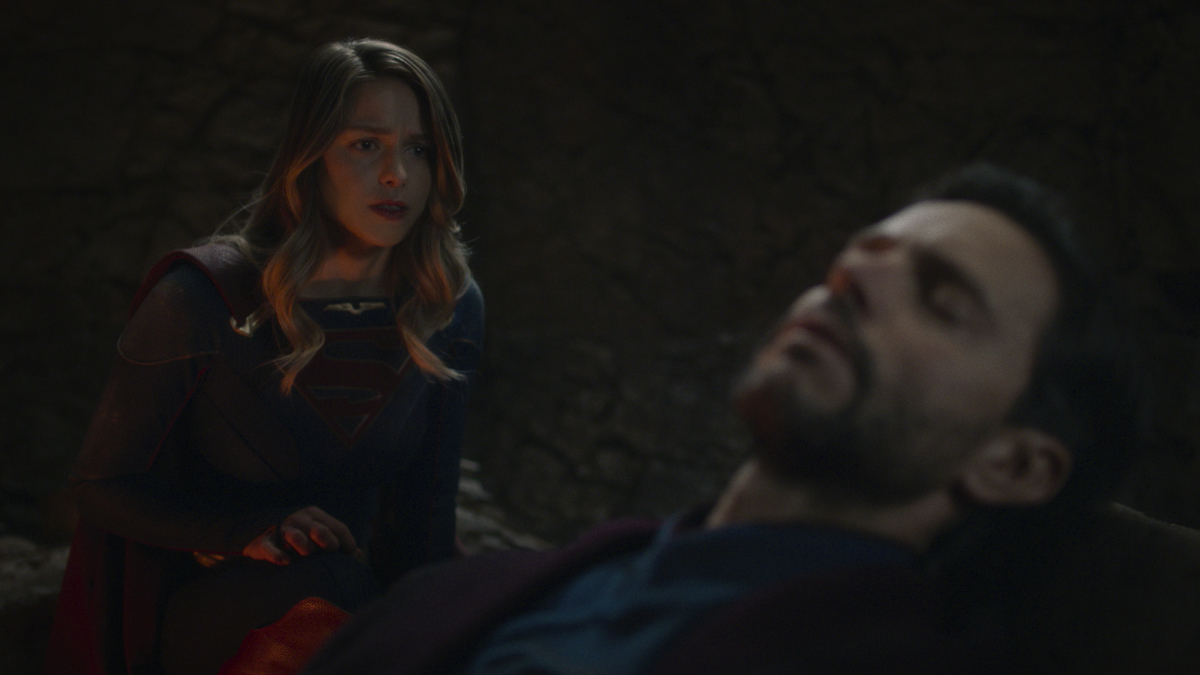 Rating - 3 (out of 5): This episode was a real let down for me. I don't have any complaints about the performances the actors gave because they were working from a script that was a step down in terms of enjoyment from the previous episode. I hate feeling this way because it's the final season and I want to enjoy every episode that comes along, but this one just bugged me on a number of levels.

For one thing, as much as I get that Kara getting trapped in the Phantom Zone would be upsetting for her family and friends, it seems like everyone was just acting rashly for the sake of the story and not for any real character reason. J'onn suddenly feels all paternal and Alex is absolutely sure that the first thing they try is going to be the best thing and Nia has to train in the holodeck and then they fight a bunch of phantoms. It wasn't boring, but it felt like a lot of unnecessary drama.

The biggest problem I had with the episode was Lex's trial. Yes, I understand that the producers are once again mining real life events and figures for their stories and themes, but casting Lex as a wealthy businessman who is accused of a crime and blames the media for his woes and panders to people that feel disenfranchised is a lot like a former President of the Unites States, but I was hoping that this season might skip the whole, "Here's the social ill we're exploring this year," thing, but it looks like I was wrong. And that's disappointing. For a variety of reasons. That I won't get into here.

Also, that trial was awful. I'm not expecting this show to be 100% faithful to the America judicial system, but it's like they weren't even trying. The whole thing felt like it was written by people that got their legal research from one of those day-time trial shows and not from actual legal proceedings. Lex's trial could have been dramatic and, at the same time, been somewhat realistic. Again, I had no issues with the performances but the writing in those scenes was some of the worst this series has seen.

The scenes in the Phantom Zone, on the other hand, were really well done. I liked seeing Kara reunited with her father and I'm genuinely invested in the two of them escaping. The look and feel of the Phantom Zone is strange, but at least there are real phantoms.

The next few episodes are going to be key to whether or not I like how they end the series. Lex as a certain ex-President could be interesting but if the writing continues on this level it may end up becing disappointing.