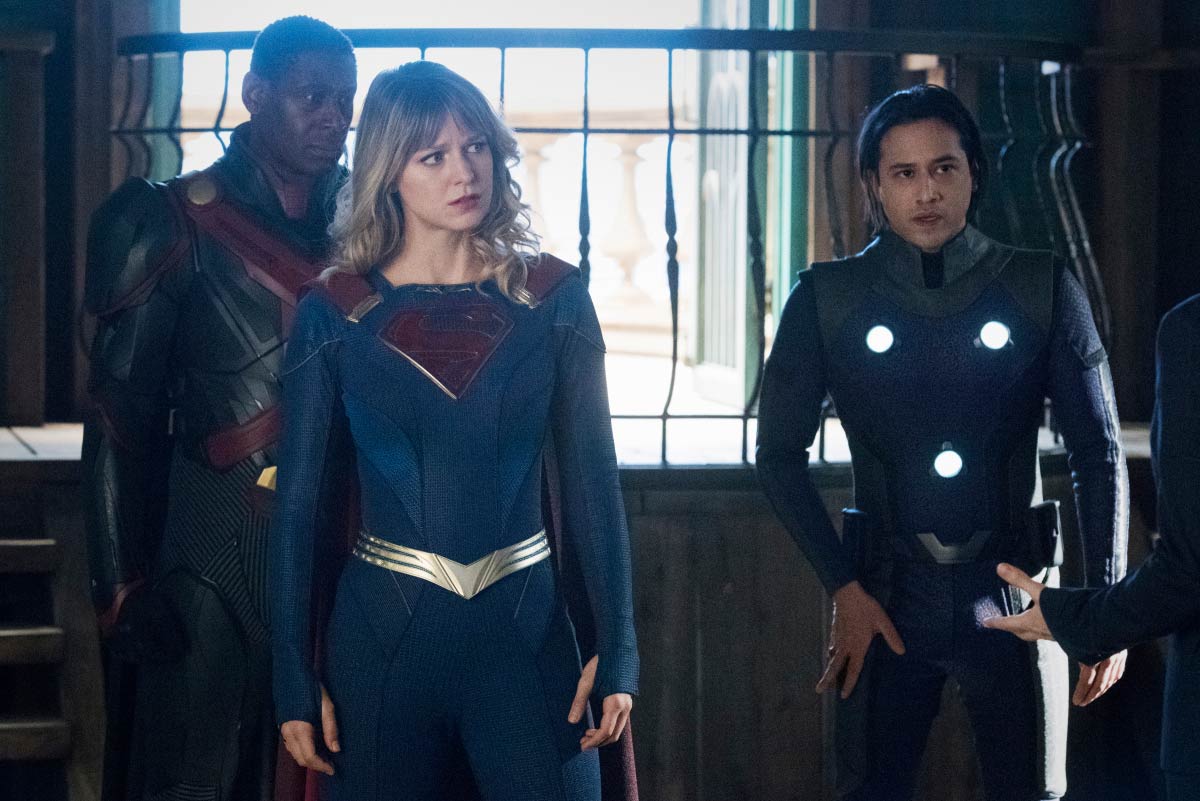 Rating - 4 (out of 5): This episode is weird to review because, for obvious reasons, it feels both like a season premiere and a season ender. Because it had been nearly a year, I was thankful for the "previously on" at the beginning of the episode. Between the amount of time that has passed and EVERYTHING that has happened during that time a lot of the small details had slipped from my memory.

As an ending to the previous year's ongoing season arc this episode delivered. All of the storylines were wrapped up nicely and all of the character conflicts that peppered the season were resolved in satisfactory ways. Brainy and Nia's relationship problems were the best handled and the scene between them towards the end of the episode was really sweet. Lena's arc of betrayal and self-discovery was likewise wrapped up nicely, though it's funny that someone that learned that maybe rearranging people's brains might not be the most ethical thing goes ahead and removes Kara's identities from her mother and brother's memories. I realize it had to be done but it was still a little strange that everyone was okay with it.

I am glad the whole drama with Lena and Kara is behind us. It was my least favorite part of last season that, ironically, was one of the most pivotal storylines. It happens.

Jon Cryer's Lex was great, as always. I thought the Queen moment was a little silly, but fun at the same time. Him playing with the weapons at the Fortress was funny and fitting with this version of Lex. Also, kudos for doing the whole "give Lex super-powers" thing and not make it cliched or samey. The wrap up to it was abrupt, but they didn't have a whole lot of time or space to play with it. The initial failure to hit him with the weapon was well played.

Alex finally getting a super-hero name and symbol was not surprising and definitely felt like where they were going with her for the entire season. The conversation about whether or not to tell Kelly about Kara likewise felt right, though the show is slipping towards the usual CWverse trope that everyone in the main cast knows the hero's identity. I haven't decided if this is good or takes away some potential drama, but then again that drama might be unnecessary. The resolution of Andrea Rojas' storyline was the only real weak point of the episode. Not only was her turn sudden (or at least it felt that way) but all of the drama of her losing everything was just brushed under the carpet and now she wants to do hard hitting news and yeah, that was clunky in its execution.

Finally, Kara getting sent to the Phantom Zone would have made for an epic season cliffhanger. It still has some punch here, but the fact that we only have to wait a week instead of several months to see how it plays out takes a bit of the fun out of it. Then again, I can't blame the show for outside forces messing up the pacing.

We're heading into the final season of the show and I am glad that the opener was exciting and strong with just a few bits and bobs that I had issues with. While I will miss Supergirl I think it's a massive accomplishment that a show we weren't sure would even go to a second season has made it this far and is leaving on its own terms.