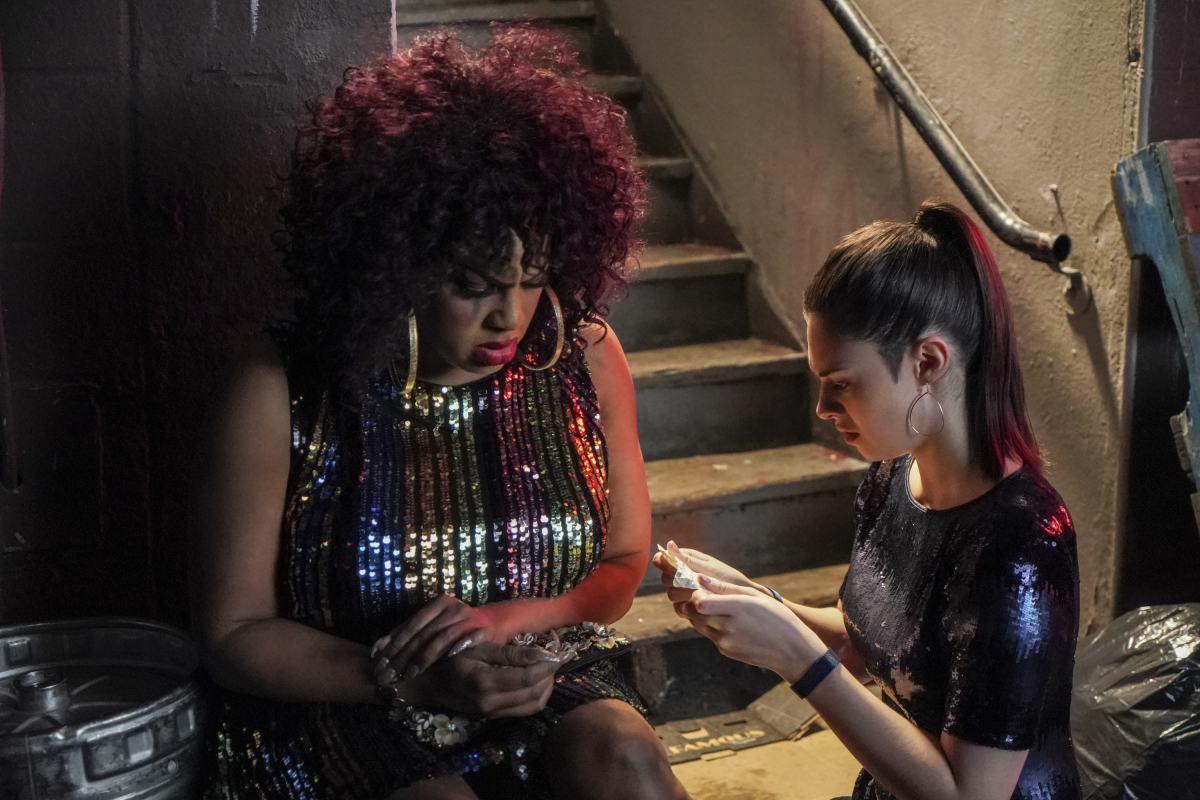 Rating - 4 (out of 5): I am what is commonly known as a straight cis white male. If you're unfamiliar with the term, it means that my gender identity matches the one I was assigned at birth, that I am attracted to women, and that I'm white. I have a lot of privilege. Like, an astounding amount of privilege. This has not led to high paying jobs or a rich, jet set, lifestyle, but it has led to me having it pretty easy, overall. I have never had to fight for my identity because my identity is accepted. My wife and I get funny looks sometimes, but that's because she wears corsets and devil's horns when we go out. One is for her back, which has been broken five different times due to a genetic condition, and one is because she likes them. No one harasses us, though. We get odd stares, but no one calls us names or tries to physically attack us.

I am beginning my review with this information because I had to remind myself exactly how fortunate I have been in my life because I didn't need this episode. By need, I mean I didn't need a show on a national network to shine a light on the prejudice and violence that the LGBTQ+ community faces on a daily basis.

This episode wasn't for me, but it was something I needed to see, because, even though the situations were fictional and the outcome a bit of cathartic wish fulfillment, it showed over the course of forty two minutes that there is a segment of our population that are, at best, marginalized and, at worst, are in severe physical danger on a daily basis and we, as a society, have done a lousy job of standing up to the intolerance, the hate, the bigotry, and the violence. Why someone identifies as male or female is nobody's business and if we are going to be accepting of everybody them we need to stop putting up with the casual trans and homophobia and we really need to stand up for our brothers and sisters when they are faced with physical harm.

My entire fan life has been filled with wish fulfillment. It's time the trans community got theirs.

Was this episode message heavy? Yes. But it needed to be, because that is the only way some people are going to pay attention.

So, any criticism or minor issue really doesn't matter. This isn't my conversation to have. I need to step back and let others have their moment. Because there are men and women and non-binary people out there that needed…on a deep and meaningful level…to see Nia say the words she said towards the end of the episode.

Am I suggesting that every member of the trans community will like this episode? No. People are complicated. Kind of like Superman fandom. But, my criticisms, minor though they are, don't belong in the discourse.

This was an incredibly brave episode to put out. I applaud the writers and showrunners for having the courage of their convictions.

And to those that want to write this episode off as another example of the people behind this show cramming their SJW agenda, I'll remind you that Superman began his career as a social justice warrior and Supergirl following in those footsteps only makes sense. If you don't like it, don't watch the show. It's just that simple.

As far as Alex and J'onn's end of the episode are concerned, I dug that quite a bit. The virtual reality/Leviathan plot took an interesting turn and it was cool to see Alex on her own kicking some butt. It was also nice to see Kelly part of the plot and not just there to say hello and not be seen for the rest of the episode. And that ending, with the news of Jerimiah, was seriously emotional.

This was a good episode. Again, I'm glad they produced it.