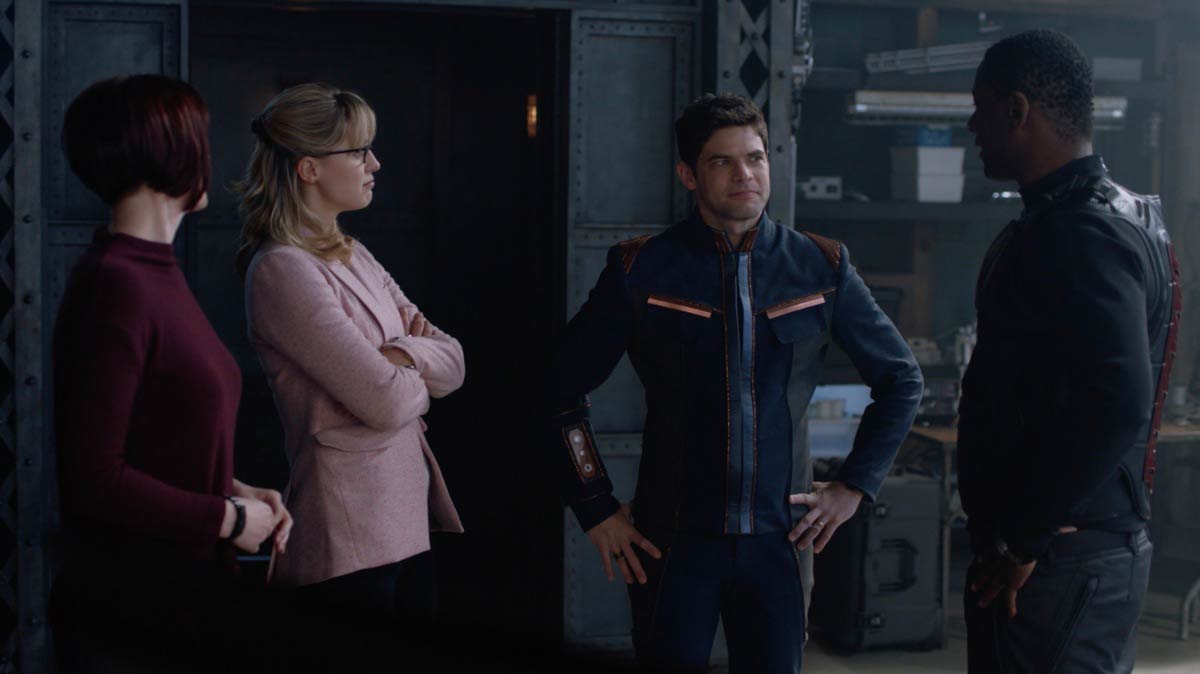 This was another great episode. The entire cast delivered great performances and the whole tangled plot threads of Lex and Brainy and William and Kara continue to bubble along nicely. The writers are getting a lot of mileage out of the Post Crisis era, but they are using those ideas to further the plot and not as a crutch. More than anything this episode was a lot of fun. I enjoyed myself from the opening tease to the final moments and I like feeling this way again instead of not liking what they were giving me.

Jesse Rath continues to shine as a nuanced Brainy. I like the changes they've brought to the character and Rath is doing a great job playing the cold, logical Brainiac around Lex, but conflicted around Nia and the others. His scene with Winn at the end was great. The writing was strong and Rath stuck the landing on the performance.

Jeremy Jordan is so incredibly talented as a performer. He looked like he was having a great time playing both heroic Winn and evil Winn. This was a great way to bring the character back and it was nice seeing him reunited with the cast. Everyone looked like they were having a great time and while it is a little Arrowversish that everyone eventually gets a costume I thought that Winn's made perfect sense.

The introduction of The Tower as a hideout for the super friends is another welcome development. I don't know if this means that the DEO's days are numbered or that the show runners wanted a separate meeting place, but I like it. It gives J'onn more to do and I'm loving that they are taking advantage of the introduction of the Justice League at the end of Crisis to give us more, fun, super-hero stuff. It really feels like they are using Crisis as a way to breathe new life into the show without a radical re-set.

Lex continues to be a joy to watch and I like the chemistry that he and Lena have. Leviathan is starting to feel like a threat again, which I like. The final battle with the robot tigers while "Eye of the Tiger" played was cheesy, but to quote another show with a (current) female lead, it was a good type of cheesy.

This episode was a lot of fun, while still furthering the plot and having some great character moments. I am glad I am back to feeling satisfied at the end of an episode.