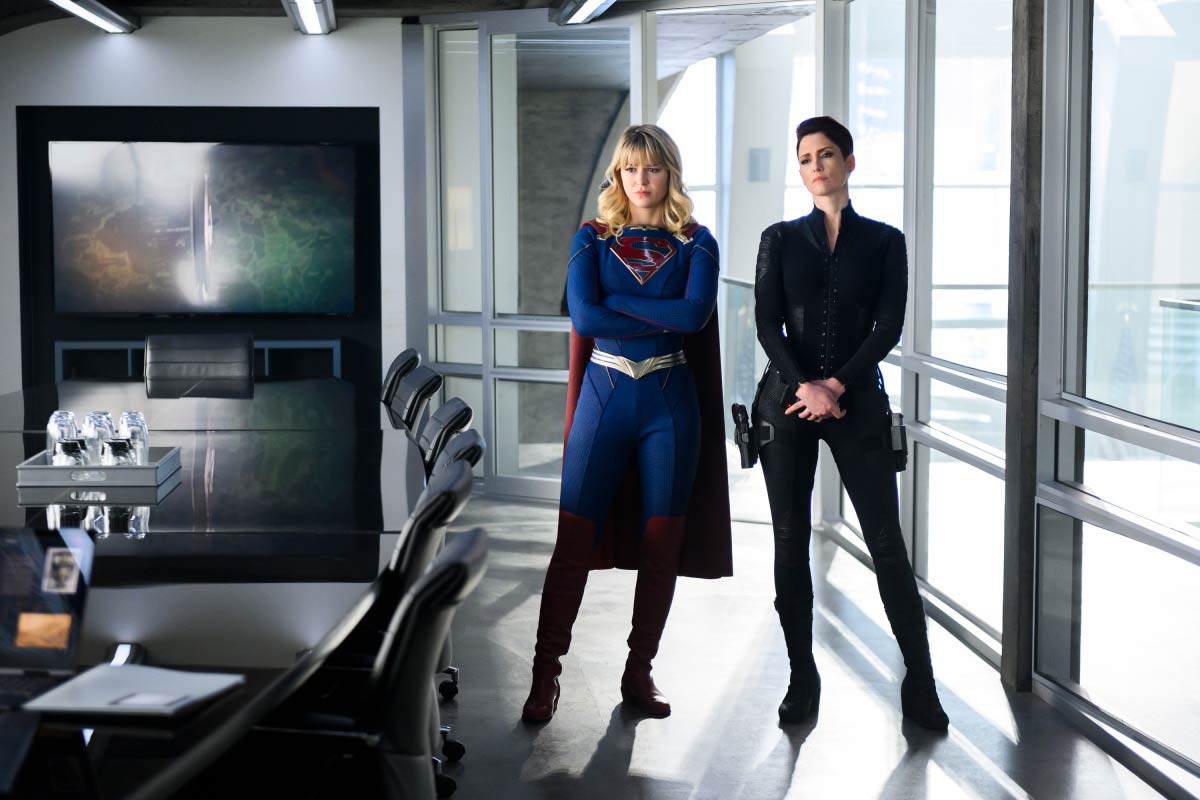 Rating - 5 (out of 5): Well...that certainly kicked things into a better direction.

One of the biggest questions of the Post-Crisis CW...universe...thing...was how will the changes impact on Supergirl? Merging the worlds together (which some people on social media have been clamoring for since the beginning and some...well, me...didn't have a strong opinion on) definitely changes things, but from how this episode played out those changes were for the better. I was very critical of the first part of this season. I didn't hate. It just wasn't grabbing me. Now things are different. And more interesting.

Adding Lex Luthor into the mix helped last season out immeasurably and while this whole "Lex Luthor is a hero to the people" thing feels very familiar, it's also very welcome. Having him bounce off of Lena helps to take her away from the, "everyone is just so mean" characterization from the early part of the season and makes for an interesting dynamic. It helps that McGrath and Cryer have good chemistry as brother and sister and enemies. Adding Lillian Luthor into the mix makes things more exciting because she just throws a monkey wrench into everything. More than that, Lex's role is not a truly villainous one. He's still Lex but having him trying to find out more about Leviathan and wanting to take them out adds the wrinkle the season needed. It's not just Supergirl and the DEO against Leviathan. It's now Lex and Supergirl and the DEO against Leviathan.

And Brainiac 5. The stand-out character and performance from this episode wasn't Lex, which is what I assumed would happen, but Jesse Rath. It wasn't just that he played several different versions of Brainy. That was great, but the turn his character took suddenly made me like him for the first time all season. It was a great bit of acting as he assumed the true form of this Brainiac 5 and shook off the Bedazzled Doc Brown look. The green skin looked better for the character and the new costume is really slick. To be fair, I was a little jazzed to see a more retro costume on one of the other Brainys, but the new look is great, and I love the turn the character took. Usually, one of the heroes going rogue but is helping people out on the downlow trope bugs me, but they did such a great job setting it up that I'm really invested in seeing how this all ends.

Kudos to Meaghan Rath as well. I dug her performance.

The only real downside to this week is that Supergirl took a bit of a back seat. It was kind of necessary to set up Brainy's new direction, but I want to see her taking more of the center stage. I did like that William came to Kara for help trying to expose Lex and I can only assume that this will complicate Lex trying to take out Leviathan. Things are really cooking now. I was thinking that maybe all this season needed was more Lex, but really it just needed a better way to deal with the big bad. And the hints of the Fourth World material really got my attention.

If Leviathan turns out to be connected to Darkseid, I will lose my mind.