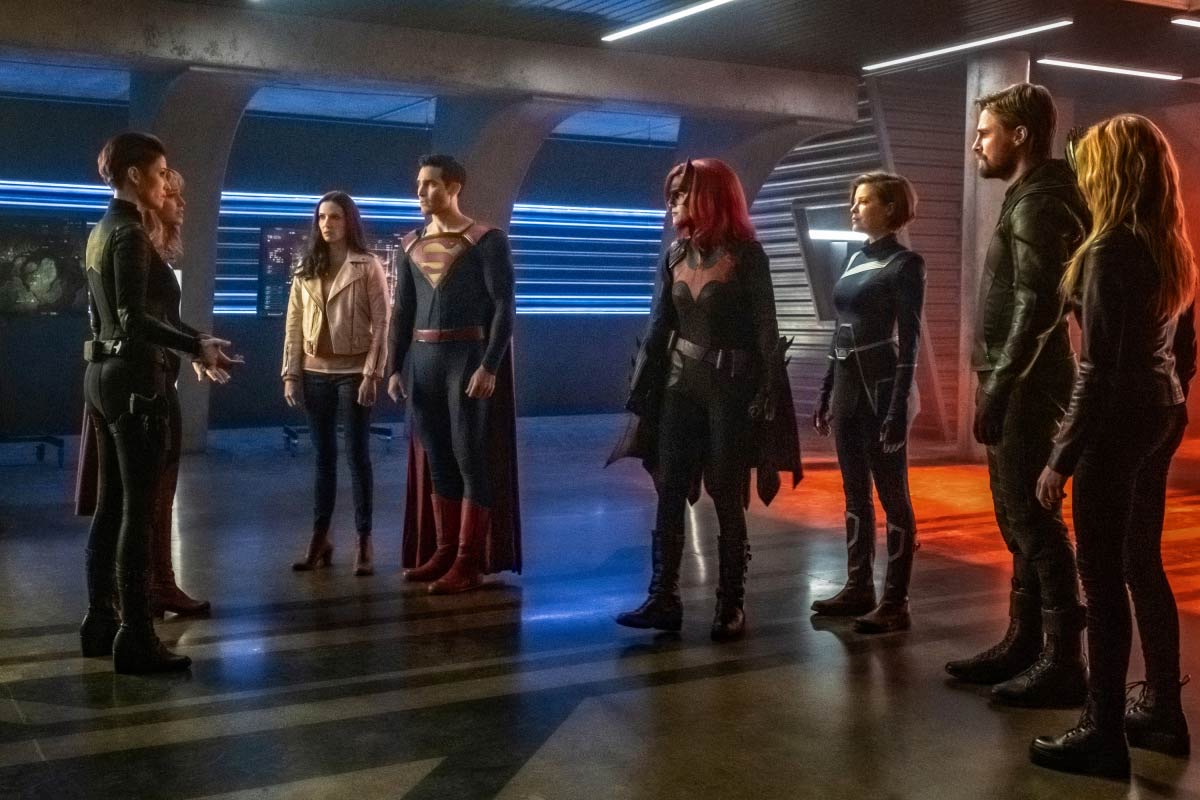 Rating - 5 (out of 5): All normal rules of ratings are thrown out of the window for these reviews. Crisis on Infinite Earths is too big for that. I will be honest in my feelings, but I can't give it anything less than a five. It just feels wrong.

To say (or write) that I have been looking forward to Crisis is an understatement. Ever since they put that tag at the end of last year's Elseworlds crossover I have been waiting, sometimes even patiently, for this crossover to air. Not only am I a fan of the Supergirl television series and The Flash series and the concept of the Arrowverse, I am a fan of the original Crisis on Infinite Earths event from the comics. I knew they couldn't do a direct adaptation of that and frankly I wouldn't want them to. It's too big of a story to try and adapt it with decades of comic book continuity behind it. I was confident that the producers and showrunners and writers were going to give us the Arrowverse version of Crisis and so far, I am very impressed and satisfied.

There is a lot of ground to cover and frankly I really don't want to discuss every story beat or fun comic book reference. I will admit that hearing the opening narration having bits from the first issue of the comic book Crisis did my heart good and I was shocked, surprised, delighted, and maybe a little disappointed that we got so many good cameos in the first few minutes (Robert Whul and Burt Ward especially). It was a fun way to bring us in and hearing the strains of the different Batman themes was just amazing.

Superman's end of this episode was very well done. I loved the scenes on Argo and the placing of Jonathan in a ship as the city died, which not only mirrored Superman's origin, but could also be seen as a wink to Alexander Luthor being placed into a ship and sent to Earth-1 in the first issue of Crisis on Infinite Earths. The fact that that scene was a Superman riff in and of itself makes it a reference to a reference and I'm surprised it didn't cause a wormhole. I have not been shy about saying how much I like Tyler Hoechlin's portrayal of Superman and Elizabeth Tulloch is likewise an amazing Lois Lane and neither actor let me down in this episode. They have great chemistry and seeing them as parents was everything I wanted it to be.

Superman has a moment of crisis (pun intended) about halfway through the episode and Supergirl helps him out of it and as I watched that scene unfold I felt something...something like a million voices crying out on social media and continuing to cry out because this show has a bad track record of making Supergirl look better than Superman. Sometimes that is the case. It wasn't here. Superman had a lot going on; the death of Argo, his son was missing, the realization that the life he thought he could lead might be impossible...it all fell on him like a ton of bricks and Supergirl was the one to kind of snap him out of it. It was an emotional scene and one of the strongest in the episode.

The Lena scenes were...I guess if I bought into the "blame everyone but Lena" theory I would have liked them more. The fact that both Kara and now Alex have played into them being the ones at fault makes it even more annoying. Having written that, the scenes with Alex and Lena were well done and I liked how everyone in the supporting cast that is still around had a moment in the episode. Not sure how I feel about Kelly having Guardian's shield, but we'll see where that goes. Part of me was having issues with the attempt to evacuate the population of Earth-38 being maybe a little too big a concept and talked about so...easily? Like this is the most normal thing? It was weird, but I stepped back and just went with it.

The death of Green Arrow at the end of the episode was a genuine surprise. I mean, I knew he was going to die at some point but doing it in part one was a rather bold move. It also was very emotional. I decided to follow Arrow this season and I'm really glad I did because that scene carried more weight for me as did the passing of the torch earlier in the episode. It also showed that anyone could go at any moment.

So far, this crossover has been fun, sad, funny, and awesome all at the same time. The fact that they are attempting this at all is impressive and so far, they are doing an amazing job of delivering a true superhero event. I am excited to see how things play out and I am REALLY excited for the various Clark Kents we're going to see in the next episode.