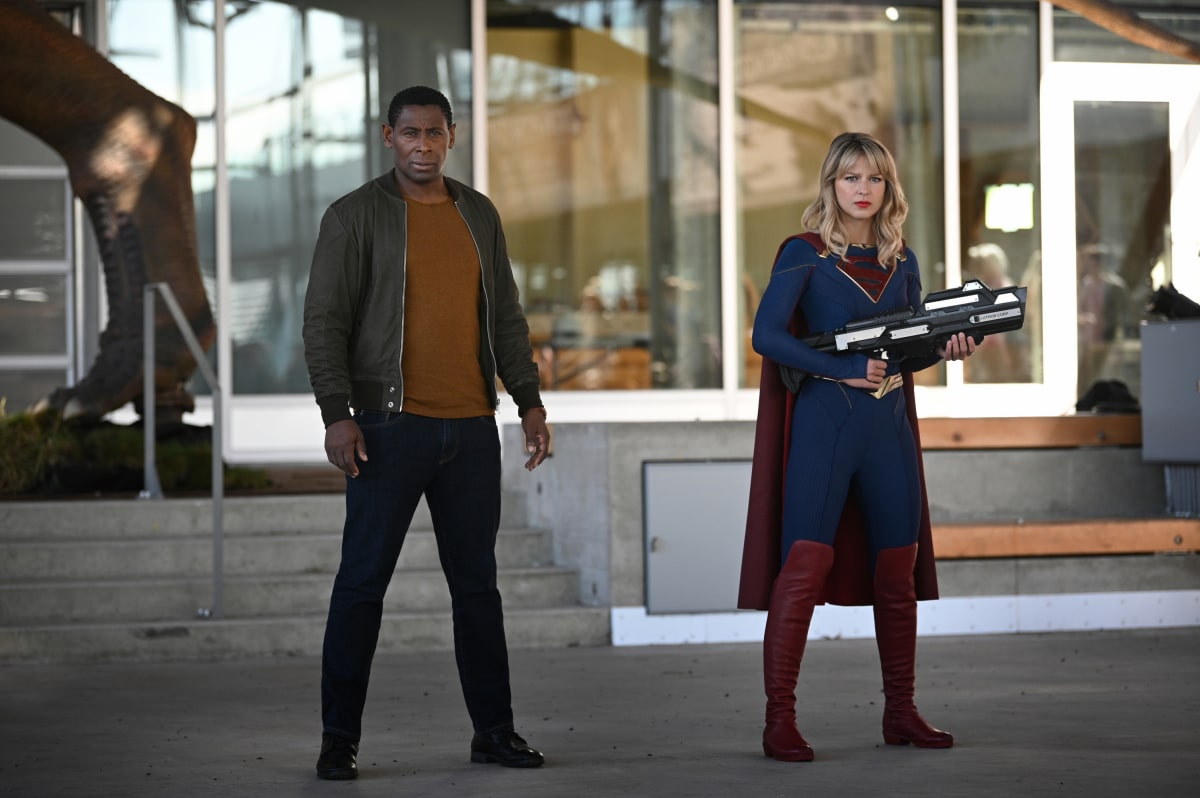 Rating - 3 (out of 5): This episode was another mixed bag. It was definitely a mid-season finale with the bulk of the storylines either wrapping up or concluding their first act but, to be honest, only one of those worked for me.

The biggest problem I had with this episode is the problem that has been building all season; Lena. This is nothing against Katie McGrath, who I think in an incredible performer that has a huge range. This is all the fault of the writers and it manifests in two forms. The first form is Supergirl not calling Lena on her…crud. For the past few weeks there has been this nagging thought in the back of my head. A problem I couldn’t put a finger on. I couldn’t find the words to describe what my issue is, and it took Alex to really solidify why I have such a problem with Lena.

Lena is being a giant hypocrite.

Lena has, as Alex pointed out, lied to everyone or kept something hidden or synthesized the element that can kill Supergirl or, you know, experimented on someone and they died, on numerous occasions over the past few years. She was just as duplicitous as Kara, and yet the perspective we have been given, with the exception of Alex pointing some of this out, is that Lena is this tragic figure that has been lied to her whole life and now Kara lied to her to and everyone is terrible and she’s only trying to help people.

And that’s really unfair to the title character.

The writers have fallen into the same trap that Geoff Johns did when he wrote Superman and Lex scenes in Action Comics. More often than not, Lex got the upper hand in their verbal exchanges and Superman rarely told him to shut up and demand that he accepts responsibility for his own actions instead of blaming Superman for everything. Kara needs to do the same thing with Lena. It may happen. The season isn’t over. But it’s starting to get on my nerves.

This piggybacks on to my second problem and that instead of Kara realizing that Lena is trying to impose her will on the entire planet and pointing out how wrong this is, Lena’s perspective is taking prominence. To Lena’s mind she is only trying to control the minds of everyone on Earth to help them and to prove that she’s the hero and therein lies the problem. Never mind the fact that mind control is evil on its face, Lena isn’t trying to be a hero. She’s trying to prove that she’s a hero by any means necessary out of a narcissistic and borderline sociopathic need to be accepted. It’s isn’t altruism. It’s self-aggrandizement and I’m hoping Kara gloms on this and does something about instead of blaming herself. It’s nice that Kara wants to use her words, but this isn’t one of the times she needs to.

And Eve taking the fall was weak. What a contrived way to bring this end of that storyline to a close.

There were two things I liked about this episode. The first being that the episode felt tighter because it focused on the main cast and the villain of the week. I like Kelly. I like Dreamer. I liked Jimmy but having to deal with them and give them something to do meant that other elements were getting short shrift. Also, the resolution between J’onn and Malefic was genuinely touching and the actors looked like they were genuinely having a good time.

The Crisis teasers were great. We’re less than a week from the event. No matter how up and down the season has been I am so looking forward to seeing how all that plays out.

Oh…props to whoever named this episode. The riff on THE WRATH OF KHAN was subtle.