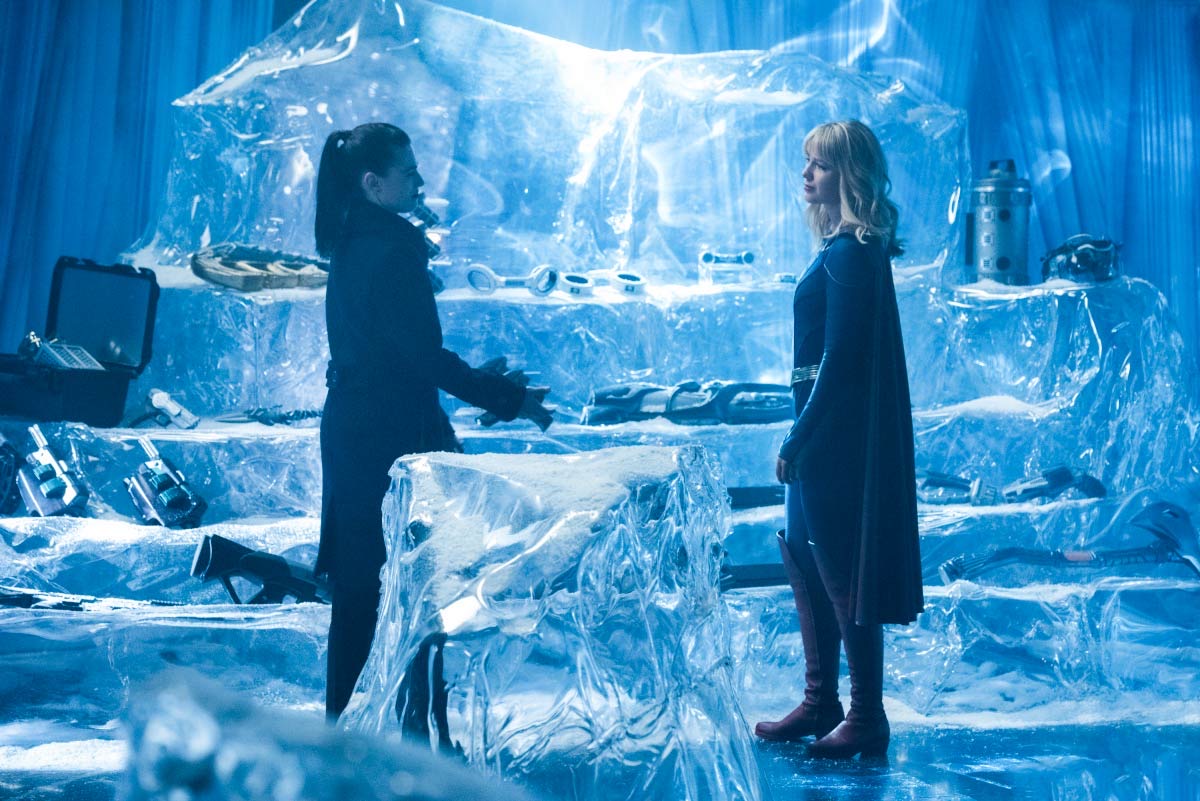 Rating - 2 (out of 5): Before I get into how much I disliked this week's episode was, I have to ask a question.

How did Alex and Brainy get out of Leviathan's headquarters?

I know, I know. The woman knew they were there and Brainy is all hopped up on being able to process more information (or something like that), but Leviathan has been presented as this ultra-awesome and evil organization that can kill anyone they want to kill and not only was Brainy able to find the headquarters because of where he gets coffee, but that they could get in and out of said ultra-awesome and evil organization that can kill anyone's headquarters.

This goes right into the biggest problem with this episode. Leviathan. Did the writers just tell us that Leviathan is an organization full of aliens that are trying to save the world from humanity/climate change? Aliens that landed in the meteor that killed the dinosaurs and thus lived in an era where the climate was completely different than it was today? I hope there is more to it than that, because if that is what they're going for then this is shaping up to be the most boring and least effective big bad the series has seen thus far.

I mean the old woman, who thus far has been a scary/evil person that turned Anrea's Rojas' boyfriend into a killing machine and then killed that killing machine, went up against Lena and was thoroughly defeated by a force field.

I was hoping everything would come together. And it is. Badly.

Lena and Kara finally having it out was a damp squib as well. Melissa Benoist and Katie McGrath were doing their best with the material they were given, but this wasn't what I was expecting and shot more holes into Lena's motivation. It's weird that Lena can be the best thing about this season and still have Lana in Season 4 of SMALLVILLE level motivation. It's so weird. Like, it's great that Lena is becoming the ultimate Luthor, but the fact that Kara didn't do a better job of explaining why things happened the way they did means the writers and showrunners have no interest in actually exploring this relationship and really just want Lena to feel betrayed for the sake of false drama.

The more I think about this episode, the more it falls apart.

I mean…Rama Khan was a really weak villain with sub-par special effect.

It's nice that Alex and Kelly were able to work through their relationship drama. I just wish the scenes weren't so overly dramatic.

Not that the entire episode was terrible. J'onn's scenes were legitimately touching and I was happy to see two cast members from JUSTICE LEAGUE and JUSTICE LEAGUE UNLIMITED in the episode. It wasn't enough to save the episode, but I liked it just the same.

We get a week off before the unofficial mid-season finale (Crisis happens the week after that, but it's a crossover, so it's a separate thing all together) and I'm hoping that this show can pull out of the dive this episode put the season in. I'm not holding out hope for that.