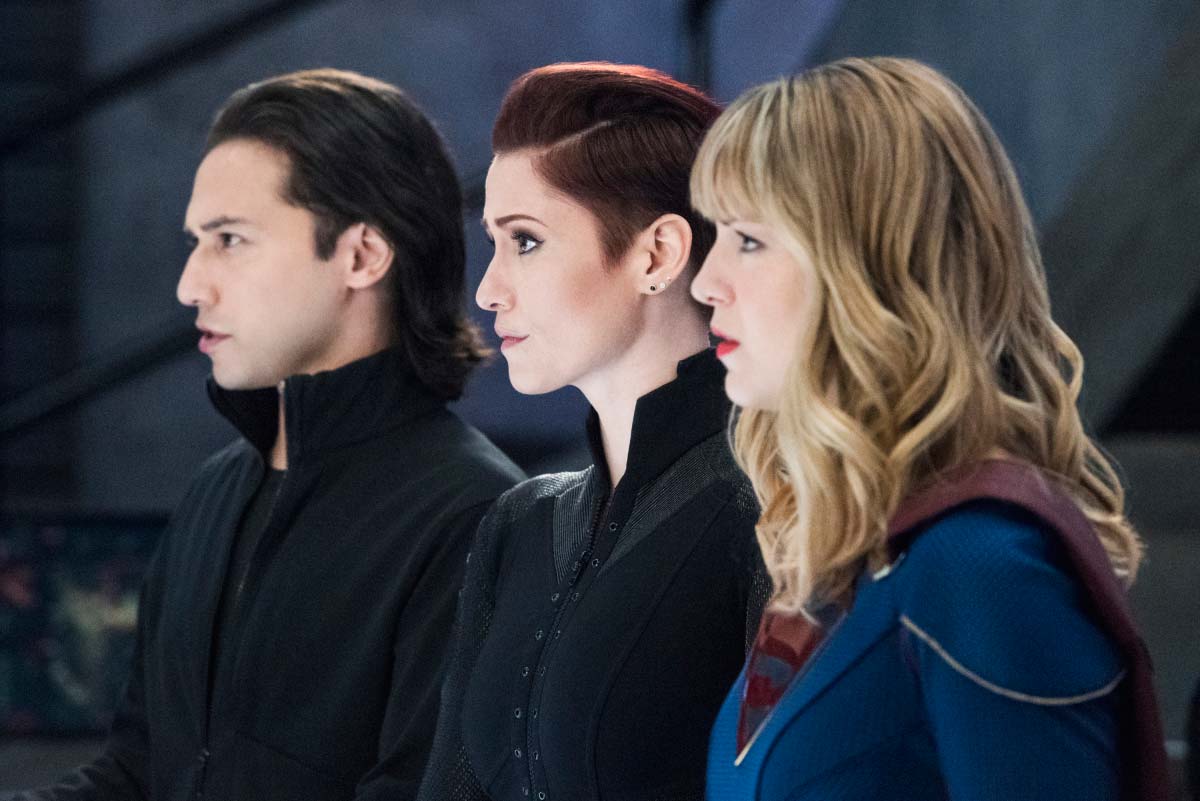 Rating - 3 (out of 5): This episode was a real mixed bag. There was some good, but there was a lot of wonky scenes as well. It was weird. It's like the episode couldn't decide on a tone.

The scenes with Lena and Malefic were my favorite of the week. Part of that had to do with seeing Phil LaMarr in on camera work but the writing in those scenes was very strong and there was a neat cat and mouse game going on between the characters. Malefic seemed to think that he was the cat in the situation, but the final moments between the two towards the end of the episode showed that Lena was playing a longer game.

The rest of the episode was so weird. The forward momentum with William Day and his quest to unmask Rojas is great in theory, but there were scenes that played like an intriguing thriller and then some scenes, like the dream sequence where Day confronts Rojas, was way over the top. I get that these sorts of sequences are usually played at a broader level, but this sort of feeling permeated the rest of the episode.

The Kelly/Alex relationship is becoming more of a distraction. Up until this episode Kelly was played as a confident woman, so it was interesting to see another side of her as she broke down in the (apparently only) bathroom in the building and admitted to Nia that seeing Alex in danger brought back traumatic memories. The character that deals with PTSD experiences PTSD. It should have been a fantastic character moment, but the acting in those scenes felt so thin, like the actors weren't 100% committed to the moment. It makes sense that this sort of conflict would come up Alex and Kelly's relationship given the background of both characters. It just felt off.

Brainy was way too over the top this week. All around. It was annoying because I like the character.

Nia saving everyone was a good moment for the character. I'm just not sure it made sense that she would be powerful enough to do what she did.

Rip Roar was a sub-par villain trapped in a good plot.

J'onn and Kara doing the super-hero thing was great, but the dialogue was so bad in those scenes.

Leviathan is finally showing its head and the revelation that Andrea is connected to that group was not surprising, but I was leaning towards her being a major player and now I'm not so sure. This was a good example of why this episode was so frustrating. There is the potential for greatness in this season and they keep getting close, but it just doesn't click in the end. I'm hoping that it will finally all come together and we may have to wait until Crisis is over for that to happen.