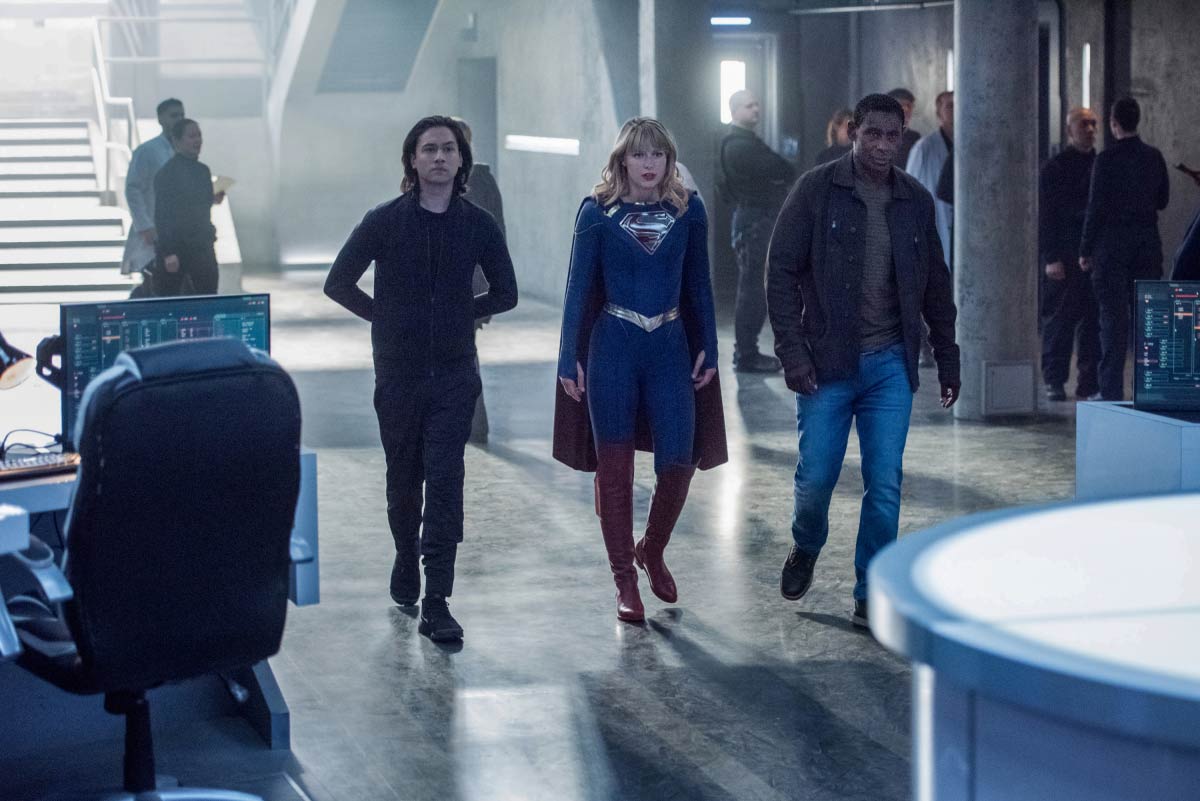 Rating - 4 (out of 5): In the first review for this season I wrote that I didn't want to be too hard on any given thing because last season it was such a slow burn that I was worried the show was slipping, but by the time everything came together I was fully on board. Thankfully, I didn't have to wait that long this year. This week's episode went a long way to sell me on the various storylines that have been going on.

I was afraid that this would be the season that didn't come together. Now, I'm not worried about that and am fully invested.

The Malefic end of this episode was entertaining. It was a bit contrived that J'onn would fall for what Malefic did to Alex, but there's a lot going on and it led to some great character moments. Bringing in Lena allowed Lena to get her hands on Malefic, which was a good reveal at the end of the episode. Brainy and Nia's relationship was put back on track, but it still feels a bit tacked on. I like both characters. I want to see them together. Having them seemingly break up and then get right back together was contrived. Not terrible. Not bad. Just...not to my liking.

Hopefully that will get better at the season goes on.

To me, the main focus of this episode was saying goodbye to Jimmy. Not James, as they made a big deal of at the beginning of the series. Jimmy. The real-world explanation is that Mechad Brooks is leaving the show and the needed to find a way to do that and make sense for the character. There were hints of him running for public office, which would have been interesting, but Jimmy buying a newspaper in his hometown to help clean it up after meeting a kid that was squatting in his aunt's house makes so much sense for this version of the character. You could argue that the prison reform and corruption is more of the show talking about real world issues, but, to me, it provided a nice exit for Jimmy. The fact that the kid was named Simon Kirby made me smile considering the creators of the Guardian were Joe Simon and Jack Kirby.

I'm going to miss Jimmy. I have complained that the writers and showrunners seemed to have a hard time finding something for him to do, but he was part of the cast. He's also Jimmy Olsen. This is a classic character and Mechad Brooks and the writers created a new and different, yet very familiar version of the character. I'm glad that if he had to leave, he wasn't killed or corrupted and that he didn't just disappear. It was a good exit.

The bit with William Day at the end of the episode was well played. I'm happy that they didn't stretch this out too long. In fact, the pacing of this and the other plots has been solid this season. There is a part of me that believes we still haven't seen the real William Day, but if this is the direction they're going in, I'm good with it.

This was a good episode. The season is coming along just fine. I am loving the ticking sounds in the ads for next week's episodes.

I'm having fun. That's really all I want.