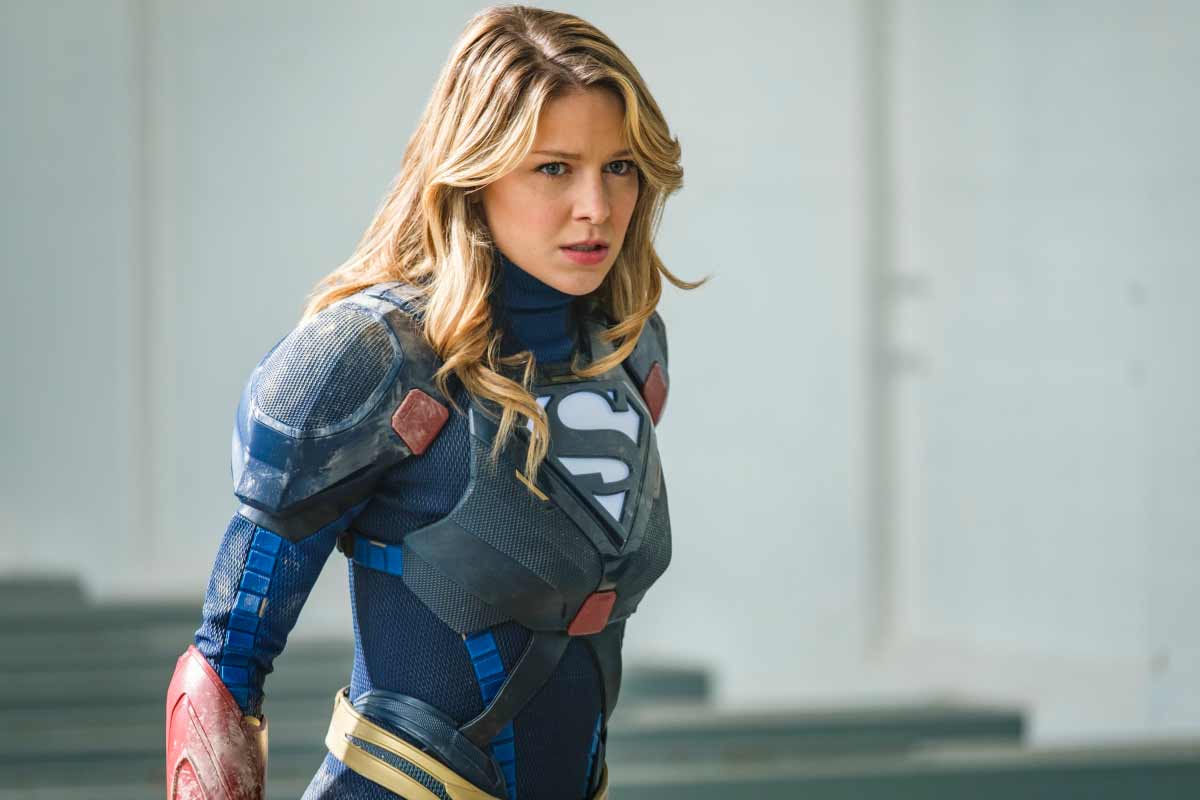 Rating - 4 (out of 5): It's kind of weird that the most unbelievable thing that happened in an episode with clones created with Harun-El, characters fighting each other with sophisticated battle armor, humans with super powers given to them by the previously mentioned Harun-El, astral dream projections, and a super villain being named to a cabinet position that the thing I had the hardest trouble accepting was that people would suddenly turn against the bad guy because of an article on news site.

Seriously. Given the current socio-political climate in the United States, I had problems with Kara's article being the catalyst that allowed them to finally prove Supergirl's innocence, prove that the President was in the pocket of Lex Luthor, and stop Lex's master plan. I get that having the article be such a huge part of the finale plays into the overall tone the showrunners have been going with over the course of the season, but it broke my willing suspension of disbelief.

It's not that I didn't enjoy this episode. I think this is the strongest season finale the show has had thus far and there were plenty of things to like about the way they wrapped up the various storylines. The scenes showing us how Lex's plan played out in the background of the previous episode made for a strong opening and I continue to absolutely love the Lex Luthor this show has given us. Once again the television side of DC Entertainment gives me a version of the character I want as opposed to the movie side. It's nice to have options. This Lex is evil, but likeable (in the love to hate him way) and the dynamic he had with Lena and his mother gave him more depth as a character. Seeing the armor was just icing on top and proves, like SyFy's Krypton, that certain things from the Superman comics can look amazing on screen.

To be fair, the Marvel films cracked the code on how to portray a character in armor, but still. It looked great.

The rest of the episode was a bit of a contradiction for me. On one hand, I enjoyed how all of the plot lines were resolved. On the other, there was a certain rushed quality to those resolutions that I had a hard time ignoring. I realize they had a lot to resolve in a short amount of time, but given how these storylines evolved, it seemed like they were wrapped up faster than they should have been. Ben and Jimmy have been experiencing the side effects from the Black Kryptonite, but that was cured in a single fight scene. Yes, Jimmy now has an eye patch, but they've been stretching out the Hauren-El sickness for several episodes now, so it would have been nicer to see that get resolved at a different pace.

Likewise, Red Daughter seemed to be taken out rather quickly. I appreciated that she sacrificed herself to save Kara and give her additional powers, but we've been seeing her on and off all season, so having her basically take the hit for Kara and then die was a let-down. Maybe having her be more of that final fight would have been better. Kara was all armored up. It could have worked.

Brainy's sudden coldness was one aspect of the episode that I felt was dealt with just right. It was a little much to have Nia and J'onn overloading the satellite, but Jesse McGrath absolutely crushed his performance of Brainy finding his emotions again. I like the romance they've developed between Brainy and Nia, so seeing that go to the next level was great.

So, this one was a mixed bag. I give it a four out of five because I did enjoy watching this episode. There were a lot of great moments that made up for the fact that the pacing was a bit off. The epilogues were a lot of fun as well. I was surprised they jumped on to Leviathan as fast as they did, but there is some synergy to be had there. The Monitor appearances were also neat, especially him coming to the dead body of Lex Luthor. Next season has a lot of potential. There is a part of me that feels maybe they should back off the heavy-handed social commentary a bit, but we'll see how that goes.