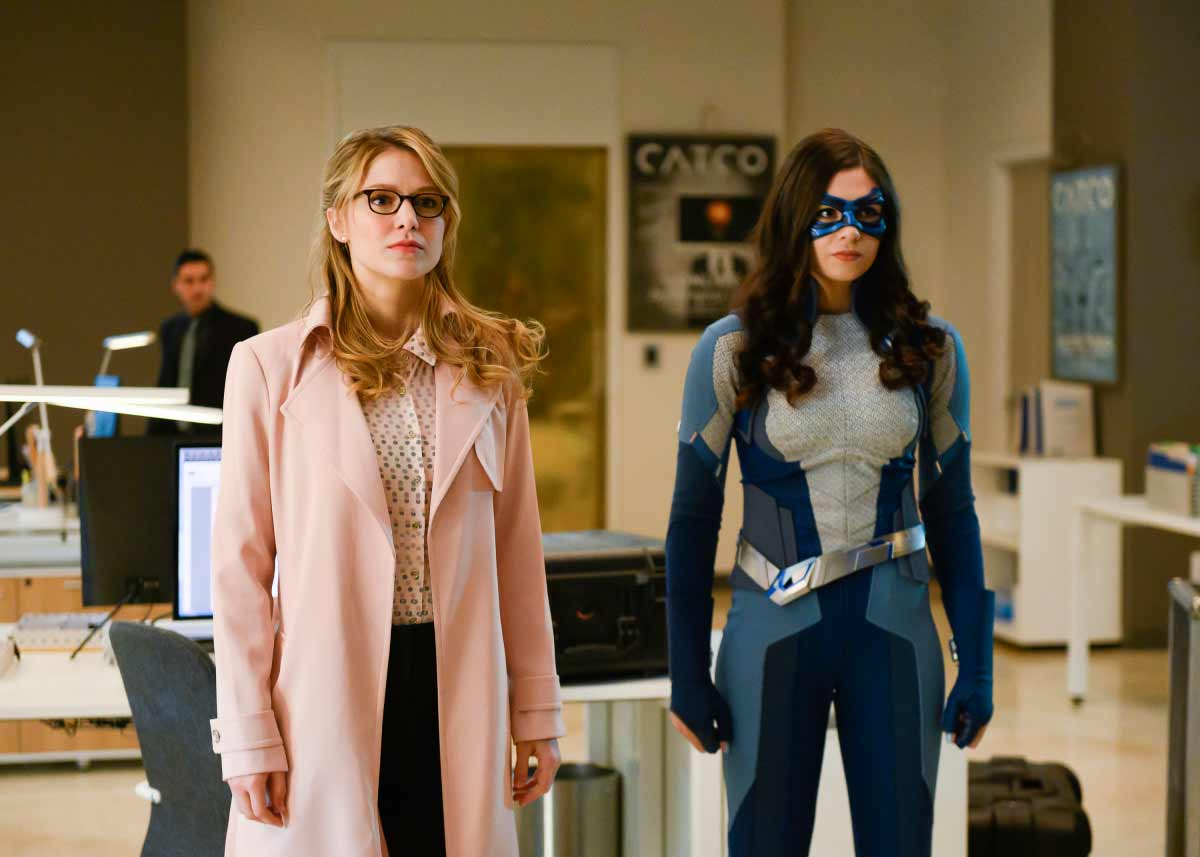 Point #1: Show Kara doing good as a reporter rather than flying around as Supergirl.

Point #2: Really show what Nia can do as a super-hero.

There are other bits of business to touch on, but those two points seemed to be the main plots, whereas the scenes with Lockwood and his son and the scenes with James were the side plots.

Because this is one of the last episodes of the season, I was concerned that this was going to be a filler episode that just clocked time and kept the story gears turning before moving into the final act, and that concern came from the fact that Dreamer is an important character. Her interview with Kara was a bit heavy handed in places, but this is an openly trans super-hero on a network television show. To treat her "solo" episode as filler would have been insulting on a number of levels. Thankfully, I think they got it just right. Nia got to use her powers, she got to save people, and she got to represent a part of humanity that, in the current climate, feels anywhere from nervous to fearing for their lives. I liked her scenes. I liked her as a character. I believe they made her a genuine super-hero, and, because of that, the episode worked as a whole for me.

The scenes with Kara being a reporter were equally as good. I know we may not see more of this, because shows like this can forget certain bits of character development when the winds of the seasons change, but it was good seeing it here. I liked her using her powers on the down low and showing that a secret identity, especially one that is a reporter, can do as much good as her costumed identity. I think there is a balance to be had and I want to see the series develop that more.

The side plots were never a distraction to the main plots, which is hard to pull off. I am not all that hot on James having powers, but they are doing the ground work to make it feel somewhat plausible.

Unless they forget it next season.

Again, winds of change and all that.

The developments concerning Ben Lockwood were surprising, but only because I didn't think they would go there. What happened to his wife was the end result of his actions. I'm not suggesting that it was right by any means, but when you try to oppress a people they will fight back at some point. This raises questions about how his son will react after his apparent change of heart, but as far as raising the stakes, the death of Lydia is certainly a game changer.

I still hate that this character is named Ben Lockwood. That really hasn't changed all season.

Lena's revelation and her scenes with Kara were spot on as well. I'm not sure I buy how she came to reveal what she did because it's a bit of a stretch to take what Dreamer said and who she was saying it about and turn that into things Lena was feeling. It got the writers where they needed to go, so I won't complain too much. It's always cool to see Kara and Lena work together. I'm looking forward to seeing how their discoveries play out.