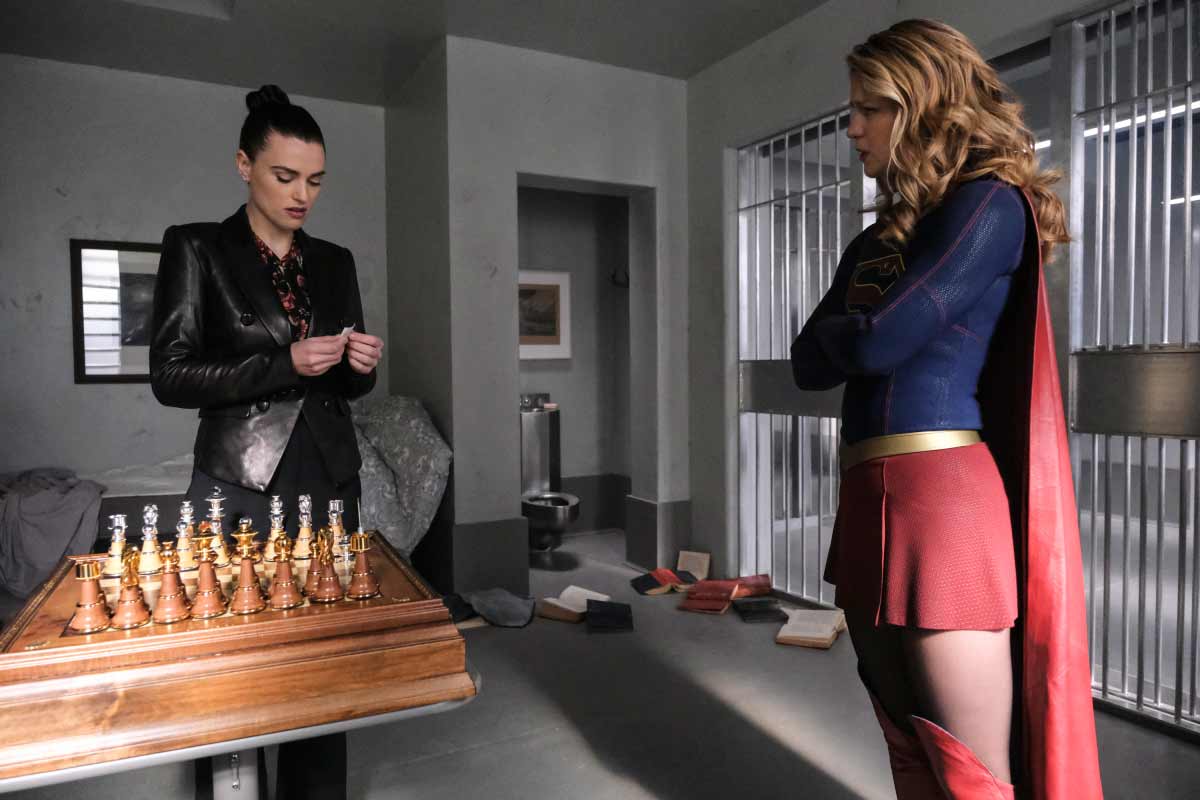 Rating - 4 (out of 5): My main takeaway from this episode; that's a long way to go to get the point across that Kara's role as a reporter might do a better job of taking care of the 'Supergirl getting framed' thing than in her role as Supergirl.

Don't get me wrong. This was a good episode. The scenes with Lena were a tad repetitive but it was nice seeing her and Supergirl working together rather than having them be at odds, so I won't complain about that. Jimmy's storyline is coming along nicely. I like that Colonel Haley is not the villain I thought she was going to be. Any scene between Brainy and Nia does my heart good and Ben Lockwood continues to be the best villain this series has ever had. The whole fake out of seeing Agent Liberty storm the DEO in the promos turning out to be a Nia dream was a bit annoying, but it wasn't that big a deal and frankly it was a good moment to tease the audience with.

The social commentary came back strong this episode and it was an interesting mix of being really heavy handed to actually subtle with an unexpected real-world event tying into one of their characters. The guy shooting at Supergirl at the beginning of the episode was very on the nose and led to a conversation about how facts can get twisted in the news. This isn't the most "on the nose" the show has been, but it was close. The character of Steve Lomeli required a bit more knowledge of current events. Lomeli, to me, is a take on Chelsea Manning, the woman that leaked 750,000 documents (ranging from top secret to sensitive) to WikiLeaks about the Iraq War. The fact that this episode aired around the time the guy behind WikiLeaks, Julian Assange, was taken into custody after loosing his asylum status is a weird kind of happenstance. If you weren't aware of events surrounding Manning and Assange, then Steve was just a character that helped Kara. If you knew, then you knew, and it might have taken you out of the episode. Regardless, the character was a means to an end and an excuse to show why Kara is a necessary part of the Supergirl series that gets forgotten way to easily.

Add in the new Otis Metallo and this was a solid episode that kept the momentum of the storyline going. It wasn't the best episode of the season, but it was far from the worst. We're in the home stretch now and the end of the season is in sight. The ride has gotten a little bumpy but it's still a lot of fun.