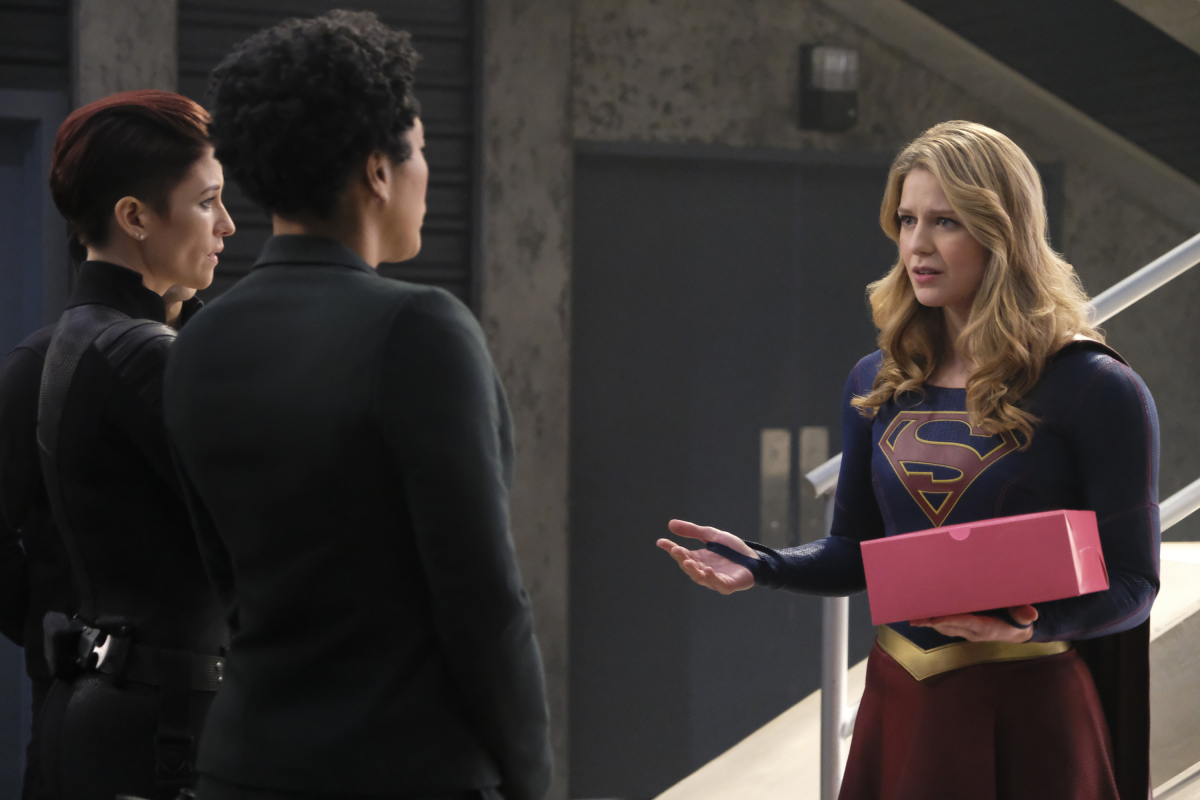 Rating - 5 (out of 5): After an "event" episode (or two, in the case of this show) there is always the chance that the following installment might be disappointing, either because of a lackluster story or just by comparison. That wasn't the case this week. The writers are taking full advantage of the infusion of energy and attention the two Lex episodes created and brought the two plots that have been circling each other for some of the past season together.

Do I feel a little bad that I was a bit hard on the show for not getting to these storylines faster, especially the one involving the Red Daughter? No. The pacing still felt weird. On one hand, you should give the creators a little slack for telling the story they want to tell it. On the other hand, when you are watching 22 episodes of a season, things can drag a little bit.

This was an emotional episode in the best sense of the word. Seeing Lena and Supergirl "make up" was nice. To be fair, I think Lena could have come a little more to the middle by saying that she understands why Kara gets so antsy when it comes to Kryptonite, but the fact that Kara admitted that she could have handled things better (I personally don't think she was wrong) made for a nice reconciliation.

J'onn "talking" with his father was incredibly moving and probably the best writing that has ever been done for the character on this series. J'onn has been on a journey this season and it was gratifying and satisfying to see him come to peace with who he his deep down. Sometimes you have to accept that you aren't going to be the person your parents wanted you to be or that you thought you should be. J'onn thought he could be a man of peace, but that's not the road he was meant to walk down. He has a skill set that makes him better at being a Manhunter. Bringing back Carl Lumbly was a master stroke and it made me happy.

Now if only they could get Phil Morris on the show.

The thing I liked best about this episode was the fact that the people that needed to believe that Kara was innocent believe that Kara is innocent. Even Col. Haley knew that something was amiss. The framing of Kara adds a great level of drama and suspense to the show, which makes for great serialized storytelling. This isn't a foe Kara can beat by changing their heart or by beating someone that seemed more powerful than she was. This is a new kind of foe and I am really looking forward to seeing how this plays out.