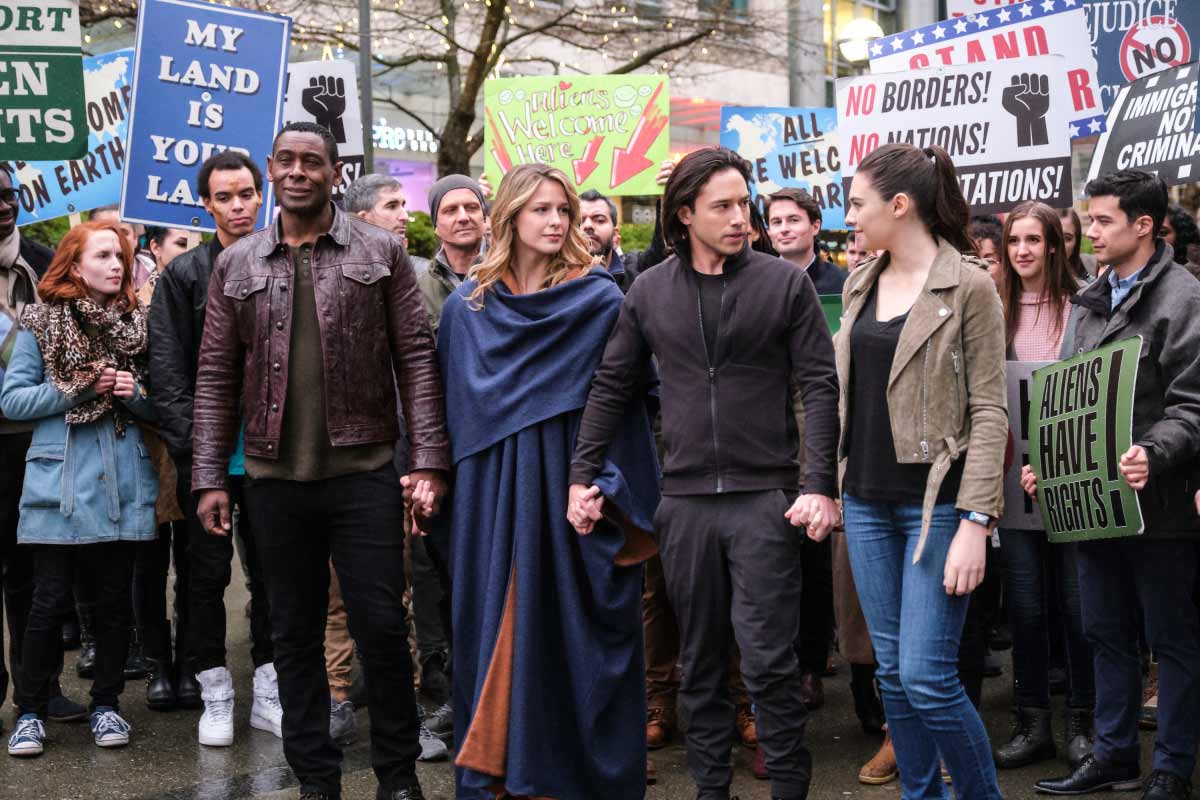 Rating - 4 (out of 5): I'm going to be honest; I did not think I was going to enjoy this episode. I didn't get a good vibe from the promos and I thought this was going to be another step backwards for the over arcing story that is unfolding this season.

Thankfully I was wrong.

This episode was all over the place in terms of style and character, but it never lost sight of the overall story and it ended up being a lot of fun in places. Manchester Black, the Hat and the invisible alien (that's invisible to save on costs) all broke into the Fortress of Solitude. Three villains actually gained access to the Fortress and managed to steal some stuff. It felt so Silver or Bronze Age in conception and yet the episode made it work. Nia being a little too excited to be a super-hero was fun as was her reaction to James calling Dreamer a sidekick.

The two main stories were Alex dealing with having to guard Ben Lockwood and J'onn dealing with his anger towards Manchester Black. Supergirl deciding to join the march for the Pro-Alien side was noble and I liked that she didn't just do it and had to find a reason made it work better, but for me it was Alex and J'onn's ends of the episode that made it so good. Watching J'onn deal with his feelings towards Manchester has been great for the character in that it gives him something more to do than be the head of the DEO. They made some great strides for him last season by introducing his father but seeing his struggle and the anger he feels towards Manchester have fleshed him out even more. Alex guarding Ben presented a great moral quandary for her and they managed to have her follow her heart and still do her duty. Plus, seeing Ben and Alex play off each other was a nice change of pace.

I also like that the characters are finding Colonel Haley as much of a conundrum as I do. Bravo to the writers for making Haley a complex character. It's actually become kind of fun to see what she'll do next.

There were other things about the episode I liked. The scene between Tess and James made me smile because Tess is actually becoming a character and not a reference to a previous Super related project. Lena's story is getting good as well, though that's about to take a huge leap forward next week. The speech James gave to Franklin doubled as the reason both Kara and Clark are reporters, which I appreciated. Finally, the cliffhanger of James getting shot was shocking and yet the way they paced that final scene I had a feeling something was going to happen.

So, yeah...good use of socio-political themes. A great use of that cover to "Mad World". Forward progression in just about everyone's stories. Neat references to the comics. This episode had it all.

But as good as this episode was, I am bursting with excitement for next week.

Man, this is gonna be good.