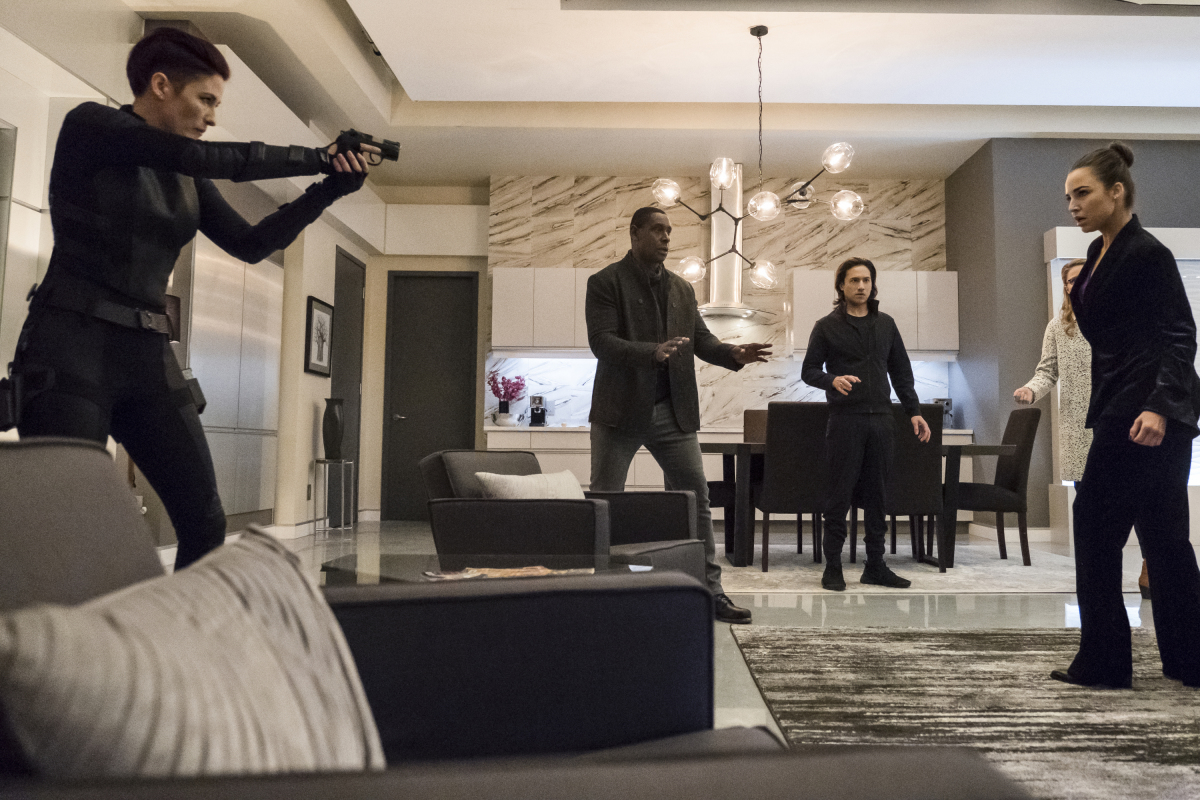 Rating - 3 (out of 5): This was definitely one of the weaker episodes of the season. There were some strong elements to it, but there were two things that made it hard to get through.

One, the whole mindwipe thing has gotten old. It's not getting old. It's already moved to Florida and started hitting the early bird specials at local restaurants. To be fair, the whole bit with Alex needing to move on with her life was a nice touch but at the same time she didn't need the mindwipe to get that going. The mindwipe is unnecessary drama that was worth one episode of exploration. I'm hoping they can wrap this up soon.

The second weak part of this episode was the villain. Menagerie reminded me of a freak of the week from the second season of Smallville. Not terrible but given the villains we've been getting over the past two seasons she was really boring. Again, to be fair, it gave the Children of Liberty someone to fight and furthered that part of the ongoing sub-plots, but they could have made her a bit more interesting.

Other than that, this was an average episode. I was happy to see Ben Lockwood back, which is a weird thing to write but I find him to be a compelling villain and Sam Witwer is one of the most charming performers this show has ever seen. Watching him talk to his son and draw his family into his ideology has made him and this sub-plot extremely layered. It's one thing to show Ben get people that are predisposed to racist and xenophobic behavior to do despicable and violent things; it's another to see someone drag their family into it and turn an impressionable teenager into a monster.

Nia becoming a full-on hero was great, but I think it should have been a bigger part of the episode. It felt perfunctory. Like, "of course she's going to put on a costume and fight crime even though she's said she doesn't want to do that". I'm not saying it's a bad idea because I am fully behind this character and what she represents. I just wanted a little more to her going down this path. The flirty "will they/won't they" with Brainy is a lot of fun, though and her roommate is fantastic.

I suppose not every episode is going to be amazing, so me not particularly caring for this one isn't a huge deal. It's not like I think the show is doomed and considering it was renewed for a fifth season I am confident that things will improve. I just didn't like this one. Next week could be different. We'll see how this goes.