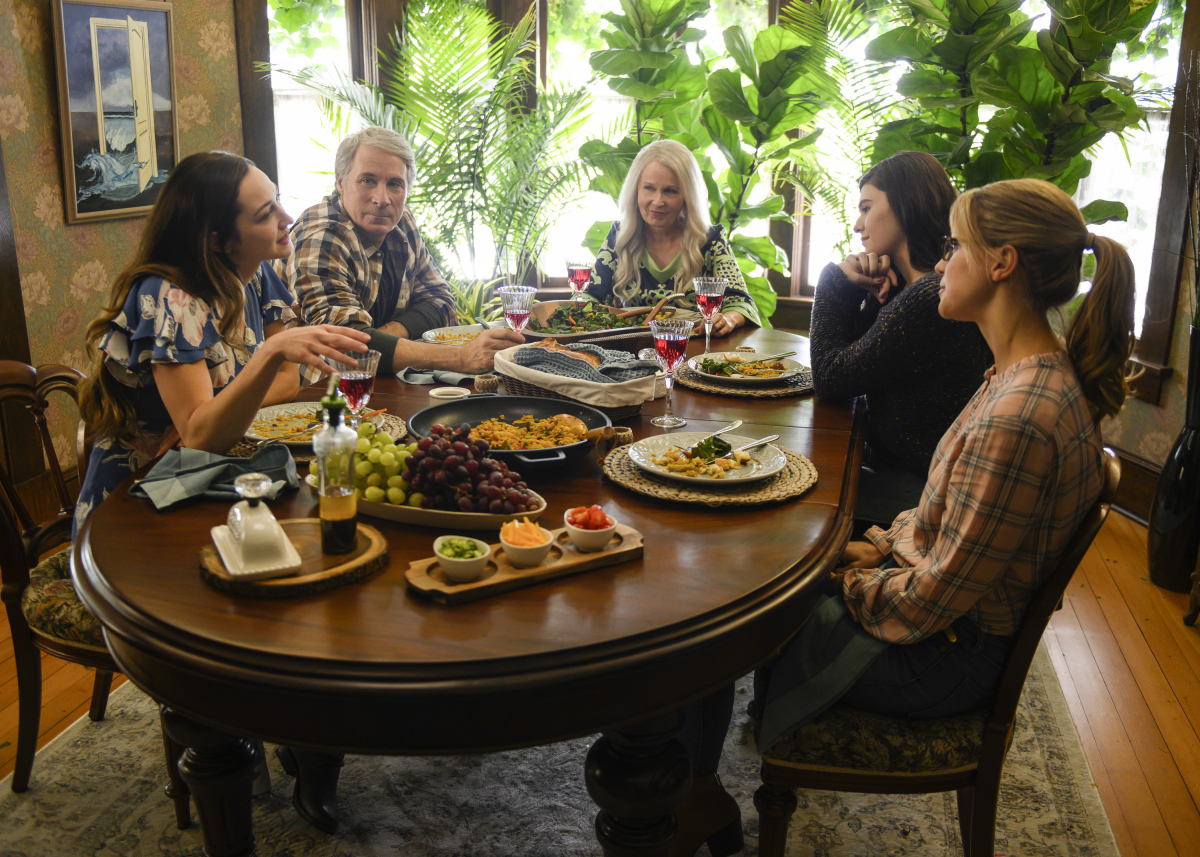 Rating - 4 (out of 5): I'm one of the viewers that has been happy with the direction the show has taken this season. The social conscience that SUPERGIRL has had from the beginning has been combined with some of the best writing the show has ever seen and the result is what some have called preachy, others have called offensive, and still others, who don't want any kind of political or social messaging in their media, feel that maybe it's been a bit too much.

It has also given a certain percentage of the viewing audience a representation that they haven't gotten before.

This is why Nia's story arc is so important and why her part of this episode (which was the bulk of the episode this week) was so powerful.

Nia is transgender, as is the woman that plays her. Transgender and non-binary people are not new. This isn't a recent phenomenon. This isn't a thing Millennials are doing to get attention. The only difference between now and decades in the past is that society is finally, albeit slowly and begrudgingly, starting to recognize their existence. In the past transgender people were treated as comedic beats. They were the safe jokes on sitcoms. The fact that Nia is not only a fully fleshed out character but also has agency and is about to become a costumed hero is not only significant but also historic.

Which, again, is why this week's episode was so important.

Showing where Nia came from and the fact that her parents were accepting of her gives the people watching this episode that may be going through the exact same transition or have transitioned under much rougher circumstances or are at the very beginning of their journey an ideal to look up to. Showing Nia's sister point blank telling her that she's not a real woman likewise shows the members of the audience that aren't transgender an idea of how hurtful those words can be. To be honest it was something I expected to happen but that didn't make the scene any less powerful.

And that's why I will defend the decision the showrunner's made to get more woke (as some people might say) with their storylines. Because the world is in one of its periodic periods of people trying to tear each other apart and someone needs to stand up and speak out against what they see is an injustice while at the same time giving members of the audience that are under represented in media and marginalized, a character that represents them.

I know it makes some people angry and others uncomfortable, but if it gives one person watching the show the feeling that someone understands them then I say it's worth it.

Which is a long-winded way of saying I liked Nia's story in this episode.

I liked the furthering of the "Alex doesn't know Kara is Supergirl anymore" a little less. This part of the drama seems forced. I appreciated that the writers drew a parallel between what Kara was going through and what Nia was going through but I'm just not feeling this. I'm sure it will all come out in the wash in the end, but it feels very SMALLVILLE to me.

It's not bad, just not for me.

I'm more intrigued with the James Olsen/Lena Luthor sub-plot. James is making some interesting choices and I'm looking forward to seeing where this storyline goes.

And please, for the love of Rao, give us something major with the Russian Supergirl sub-plot. I hope the payoff is worth the teases.