Season 4 - Episode 7: "Rather The Fallen Angel" 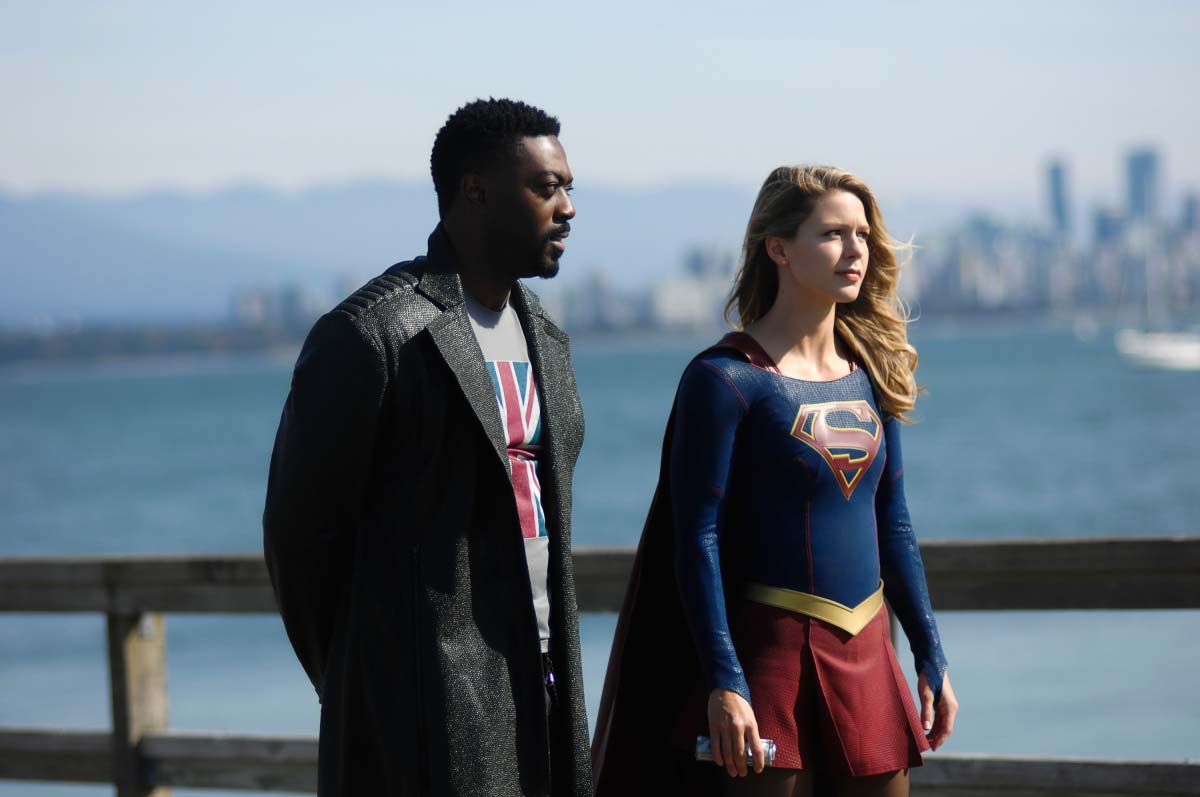 Rating - 5 (out of 5): I have to admit that based on the preview they played last week I thought this episode was going to let me down. There was something about Kara calling to James that didn't sit right and I was afraid that this was going to be where the writers choke, especially when it would be compared to the last few epsiodes we've gotten.

Manchester Black was the stand out star of this episode. He hasn't been around long, but I feel like his evolution from concerned fiancé to vengeance driven killer hasn't been rushed. Stretching it out any longer and we're in Smallville territory, so having things comes to a head during this episode was the right move. It helps that David Ajala is charismatic, which made the scenes where he was lulling Kara into a false sense of security feel like they were real. To be fair he did shoot out the power dampening...things, but he was the one that put her into that situation in the first place. My only real complaint was that once again J'onn went down way too easy. You could argue that his defenses were down because he liked Manchester, but I just hate to see J'onn get taken out on what feels like a consistent basis.

And Manchester's Union Jack body armor was a tad silly, but not enough to take away from the episode as a whole.

The other big character moments came with Lena's experiment and her interaction with the test subject. The story of how her mother died was a little over the top but I liked the dynamic she had with Adam. Their back and forth made for good drama and explored why Lena is doing what she's doing. The fact that Adam died was a legitimate surprise even though I feel I should have seen it coming. It was Lena's argument that the person she was looking for was not a hero or a villain was interesting, and it was telling that her reasoning for choosing Adam is that someone who is altruistic shouldn't have powers and abilities far beyond those of mortal men because they will ultimately impose their will on people spoke to why she doesn't like Supergirl. It's also the first step on a road that her brother could have gone down.

It was very Smallville, but this time in the good way.

The end scene of this episode was emotional, and a good way close this chapter out. I was moved by J'onn breaking down as he talked to Kara. While I complained about how easy it was for Manchester to get him out of the way, I really felt for what he was going through. James' realization that Lena had a reason to do what she did made for some good development for him as a character and I am more interested in the future of their relationship than I thought I would be.

This storyline continues to be the best one the series has produced. The pacing is on point and I genuinely feel that as much action and intrigue as we're getting it's just the warm up to the bigger developments down the road. For the first few episodes I was sort of clocking time until the crossover but now I'm fully invested in seeing how all of this plays out.