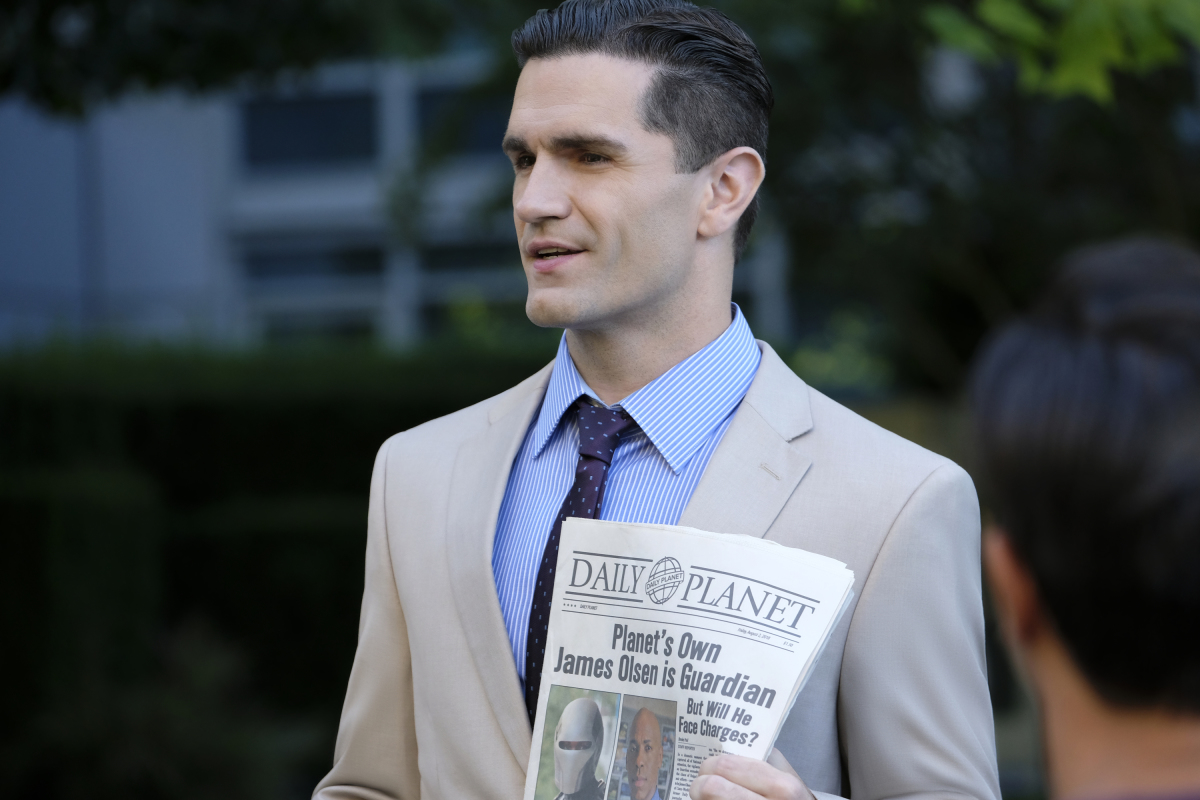 Rating - 3 (out of 5): This episode was shot at the beginning of the filming schedule for Season 4 of "Supergirl" to allow Melissa Benoist to star in the "Beautiful" Broadway musical... and it shows. Supergirl/Kara has a diminished role in this episode, when she is there she's mostly out for the count, lying unconscious from the Kryptonite poisoning.

This episode is all about Ben Lockwood. It is his origin story. Sam Witwer is great in the role. It's good to see him back in another super-family TV show, having played Davis Bloome on "Smallville". While Ben's father Peter (played by Xander Berkeley) is against the aliens being on Earth from the very beginning, Ben is more level-headed, using his knowledge of history to argue against his father's xenophobia.

However, as events play out over the years and months, Ben is less and less sympathetic towards the aliens, and becomes completely obsessed with trying to eradicate them by the end of the episode.

This episode was well crafted in many ways. The way the writers were able to use past events from earlier seasons of this show and insert Ben and his family in to those events was quite brilliant. However, in other ways this episode was very ham-fisted, with Ben's progression from educated, level-headed professor to crazed, anti-alien killer quite startling and somewhat unbelievable.

I wasn't sure if I was supposed to see Ben as a villain or a sympathetic victim. In many ways he was the latter, and it wasn't hard to see why he turned the way he did. But turning in to a killer the way he did seemed out of character for the person we were introduced to earlier in the episode.

The "Man of Steel" title threw many people, but with Ben's father the owner of a steel factory that is at the center of this episode, it made sense.

Kara's involvement at the bar when Ben confronts one of his alien students was well done. Kara has a way of coming to the rescue, without violence, disarming her target with her humor and charisma. Nicely done.

All in all this wasn't a bad episode. It was a great way to fill us in on who Ben Lockwood (aka Agent Liberty) is and why he thinks the way he does... It just felt a little too forced and heavy-handed.