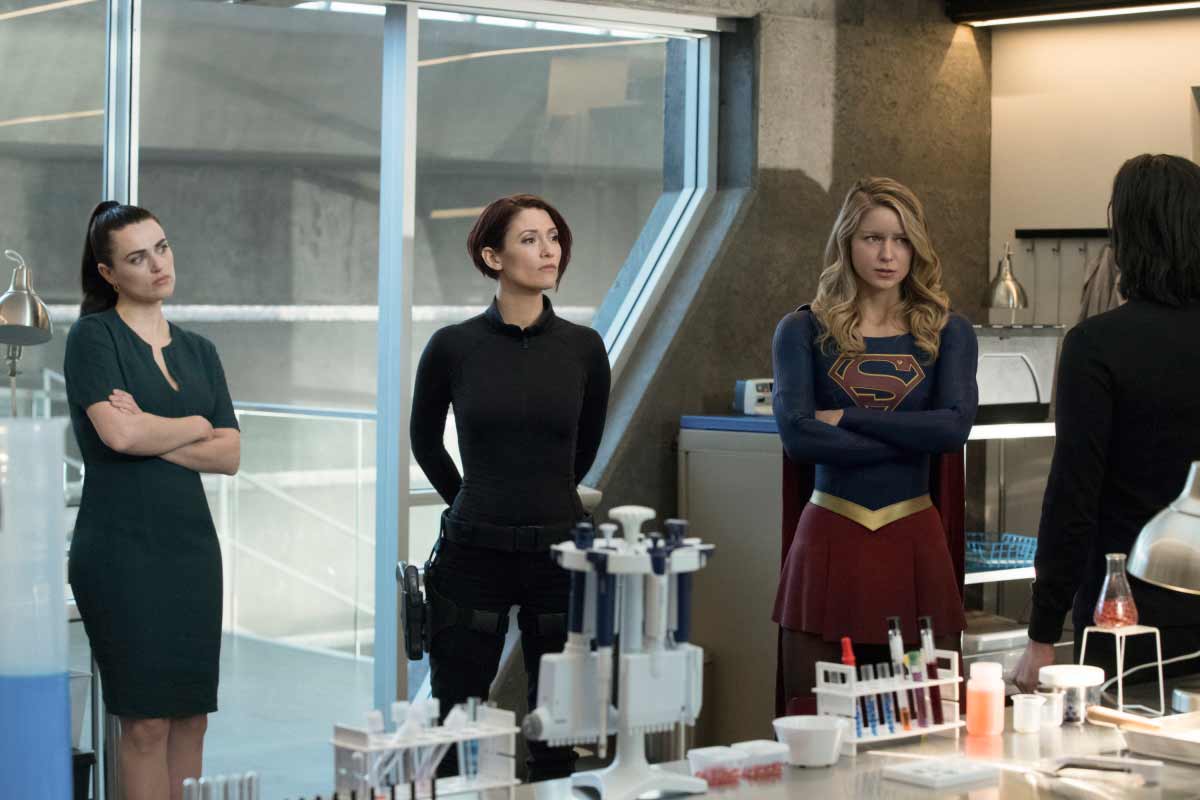 We've waited a long time for all three Worldkillers to come together - to form an unbeatable trio; a trinity of Kryptonian abominations that might prove insurmountable foes for Kara. Last week Reign voiced our collective relief when she exclaimed "finally!" That carved a path for this week's episode, which promised our terrible three would cause chaos.

That didn't really happen. We got a brief brawl - sure - but our unholy trifecta was cut too short far too soon. Kara and co found a way to lure Julia out long enough for her to end the lives of both Purity and Pestilence. That made Pestilence's role so sparse it felt barely worth the effort. And it meant all of the show's efforts to build Purity up into this fiery antagonist petered out quicker than you can say "Valley of Juru."

"2 out of 3" might be "a win" for Winn, but it just felt like a whole heap of wasted potential to me. The empathic plea for someone's true self to come out and best its invading host trope is far too overused, in a variety of TV shows. It felt like too simple a solution - almost a cop out. I was expecting bold, villainous unity, and instead we got shambolic disparity, with the Worldkillers fighting among themselves.

The alternate reality that Samantha and Julia were stuck in, while a little too narratively convenient, did offer some interesting themes for exploration. Mainly around the culpability of a host - the question being: is a host guilty for the crimes that a vessel commits? The obvious answer is 'no', but imagine being in Samantha or Julia's place - knowing the horror caused by your own hands - and you might not be able to shed the blame so easily.

One plus was Alex's cool new suit (and gun) - the show's wardrobe department never fails to impress. It's never a bad thing to hear a direct Lex reference too, and Lena showed her dark, Luthor hand a little here, also. She's perfectly within her rights to have secrets, but making Kryptonite (the very thing that can fell your best friend) is a whole other level of deceptive secrecy. But it brought her and James a little closer, at least (in a roundabout way), with him reciprocating by sharing his Guardian secret.

The fact that Lena can make Kryptonite (it doesn't seem like something that should be able to be 'made,' but never mind) will surely prove the literal ammunition our team need to stand a chance of taking down Reign, who's now after Ruby. That cat and mouse hunt begins next week, when Supergirl and Alex work together to try to keep Ruby safe. And despite the Legion mentioning they're going home now, something tells me they won't be going anywhere just yet.