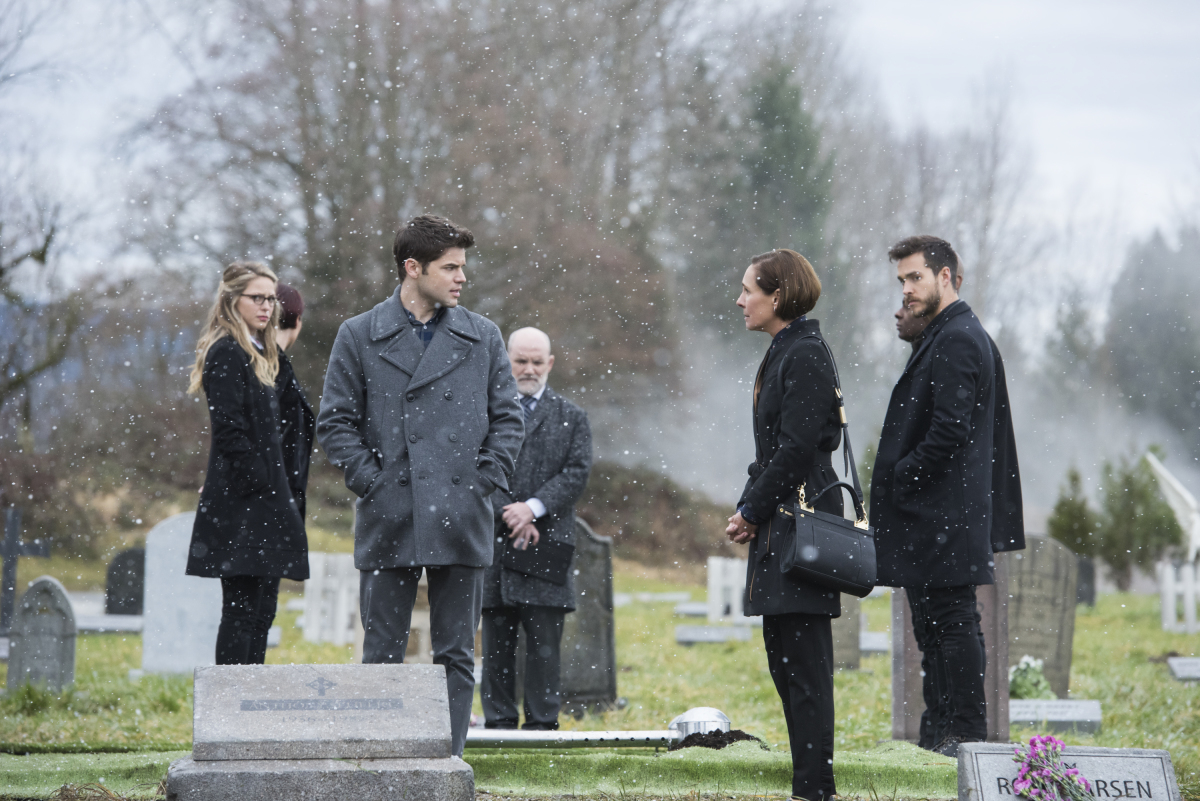 Following a hiatus (especially a forced hiatus that we're not used to enduring), it's best to come back with a bang, not a whimper. The comedic opening gave us that - it delivered on the episode's cheeky title (a play on a Bon Jovi lyric) well, bringing our characters back to our screens with vibrant humor and endearing vocal efforts.

The rest of the episode didn't follow suit. Winn is a one of the show's sturdiest and most likable characters, but Toyman isn't. And while the man himself passed on (replaced here by a very sub-par female villain), the episode remained rigidly focused on toys and mechanical destruction. This forced us to endure cartoonish flying monkeys (something even The Wizard of Oz fans are probably tired of), "literal hot wheels" and a shiny, clumsy T-Rex, none of which make for good minions.

The cutest effort was seeing Kara literally packaged up like a "mint" Supergirl figure - a familiar sight for any collector of Supergirl figurines (I have many). But as happy as collectibles make me when they're sitting on my shelf, a whole episode about toys isn't what I want to see.

The writers might have got away with it if they'd spliced it in the middle of a run of episodes. This might have given it a cursory "filler" feel that viewers might have forgiven. Perhaps the Winn content would have shined through more, too. Having it as the first episode back after a long break (whether the writers knew about the hiatus when they wrote it or not) only brought disappointment.

A lot of people out there are fans of Laurie Metcalf and while I kind of enjoy her in The Big Bang Theory, I don't really see why. There's something about her acting I don't like, in too great a dose, and there's something cliché about bringing her in as the mother of a character, for me. She's almost too obvious and overused a choice, in television and film.

Those things stacked the deck, for me - making this a very difficult episode to like. But sometimes Winn shone through. "He doesn't always get the credit," Kara highlighted, "but he keeps us going around here." And he pretty much managed that feat here, too - keeping this sub-par episode just about above water, even though the writers tried their hardest to weigh him down with mummy issues.

Spliced among those heavier themes was M'yrnn's dementia revelation, which was another example of the show hitting on real issues that many viewers can connect with. It also blurred the line between Martian and human a little more - showing that, alien or human, we all face the same illnesses and difficulties.

We also got some keen insight into why J'onn chooses to keep the form of an African American man (Hank Henshaw), when he could choose to change into a different-looking human at any time. "I'd rather change the world," he explains, full of ideals and sincerity.

The bookend return to karaoke fun and the brief Reign tag at the end - with Samantha under Lena's care - did little to soothe this episode's troubles. This was a wayward come back - one that's hopefully only a temporary mis-step in Season 3's closing run.