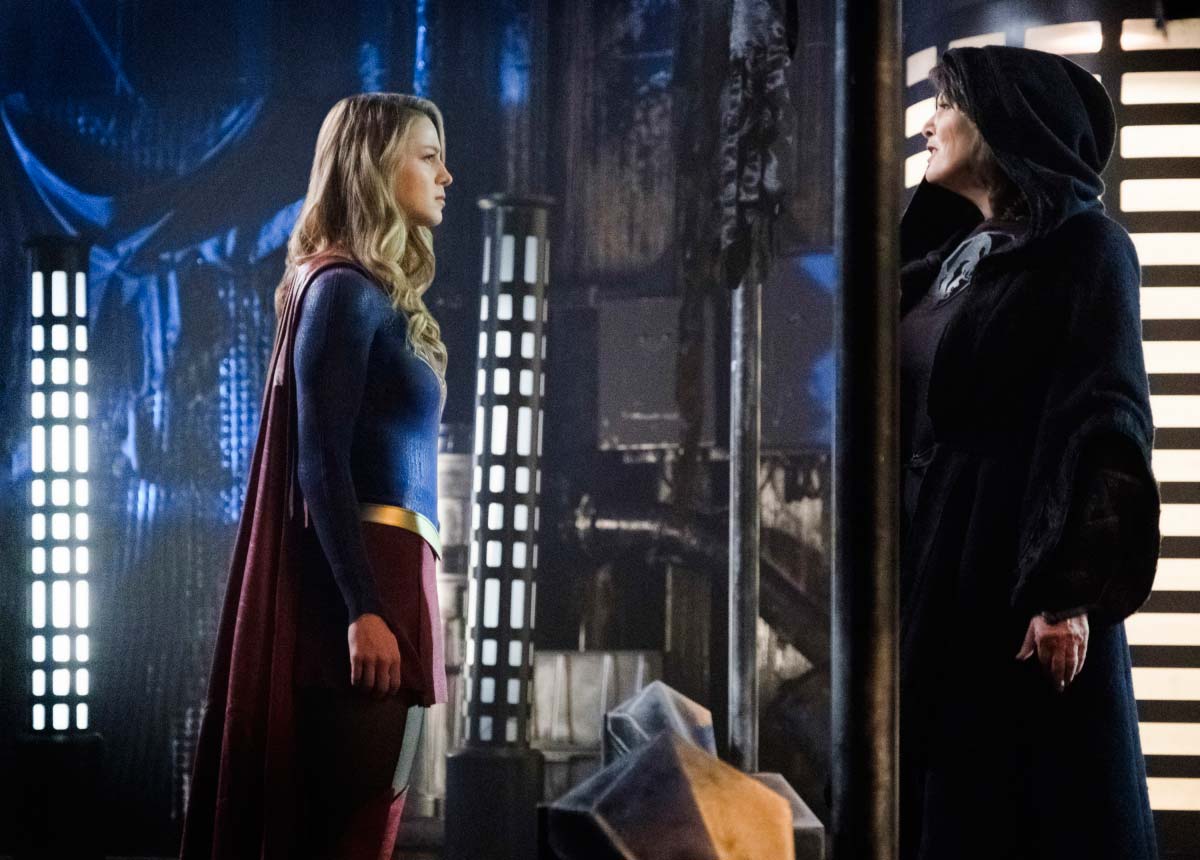 Fort Rozz is a true staple of the Super family mythos, so it was nice to return there this week, even if its interior looks more like the engineering room of some Earthbound factory than a prison devised by Kryptonians. It's always great when nemeses work together and find some kinship, and this week Kara enlisted the aid of a couple of her foes - Livewire and Psi - to help her find the dark Priestess Jindah Kol Rozz (played by Superman II's Sarah Douglas), who was imprisoned well before the destruction of Krypton.

That meant we got Yael Groblas back, which was very welcome, but that also meant we got Brit Morgan back, who I've always found more irritating than engaging. Both villains showcased moments of softening towards Kara, be it Psi's final smile after Kara asks for her cell to be changed, Livewire calling the others her "friends," or Livewire actively jumping in front of Kara to save her from Reign's lethal assault.

This led to something we don't get very often in any of The CW's DC shows - the (presumably permanent) death of a recurring character. The loss of Livewire didn't play as emotionally as it was perhaps intended to, for me. But it was great to have Psi back and to see Imra working so fluidly with Kara and her Suicide Squad-esque band of "allies." I'll miss Leslie's nicknames (I really liked "you and your Pollyanna BS") and perception of Imra as being a level of beautiful only fit for the future, but not much else.

Alongside the Rozz narrative, we got the unlikely pairing of Alex and Ruby. This led to Supergirl once again showing itself to be socially aware and eager to support young women everywhere. It achieved that this week by tackling the issue of cyber bullying. After hearing of Ruby being cyber bullied at school, Alex decided to pay the girl - Erika Morrison (Vanessa Przada) - a visit, using her government clout to scare the child into good behavior.

Brainiac-5 didn't have much to do this week, other than insulting DEO tech by calling it inferior to an espresso machine (from his time) and getting on Winn's nerves. While Imra and Mon-El shine, I'm still yet to be convinced by Querl. That's a lot to do with the make-up, but it's the writing and the presentation of the character too. I'm not convinced about the new Worldkillers, either - Purity (called Julia in this scene) and Vanity, the latter being the friend who witnessed Purity's car crash moment (which means they're both Worldkillers). Neither seem close to their counterparts from the comics, either in look or name.

Just like Ayla not being present in the Legion, there seems to be a third Worldkiller missing here too (there are four in the comics also, after Worldkiller-1 left the group). Jindah mentions three being under Reign: "The Power, The Pestilence, The Purity," and we only met two of them this week. Their ascent to the realization of who they are will have to be much quicker than Samantha's has been. She's still not fully there yet, but she's acknowledged that "something is wrong with me," while Reign, conversely, has admitted: "I can feel her. The human inside of me. She has a strength I did not expect."

It's yet another thing that lowers Reign in our estimations, when really this back-half of the season should have been her moment to shine. Her powers might not be "dependent on something as trivial as a sun," but she's struggling on many fronts, which other villains aren't. Something tells me that Purity and Vanity, whether they become likable characters or not, might just prove to be more powerful than her too (or, at least, less susceptible).