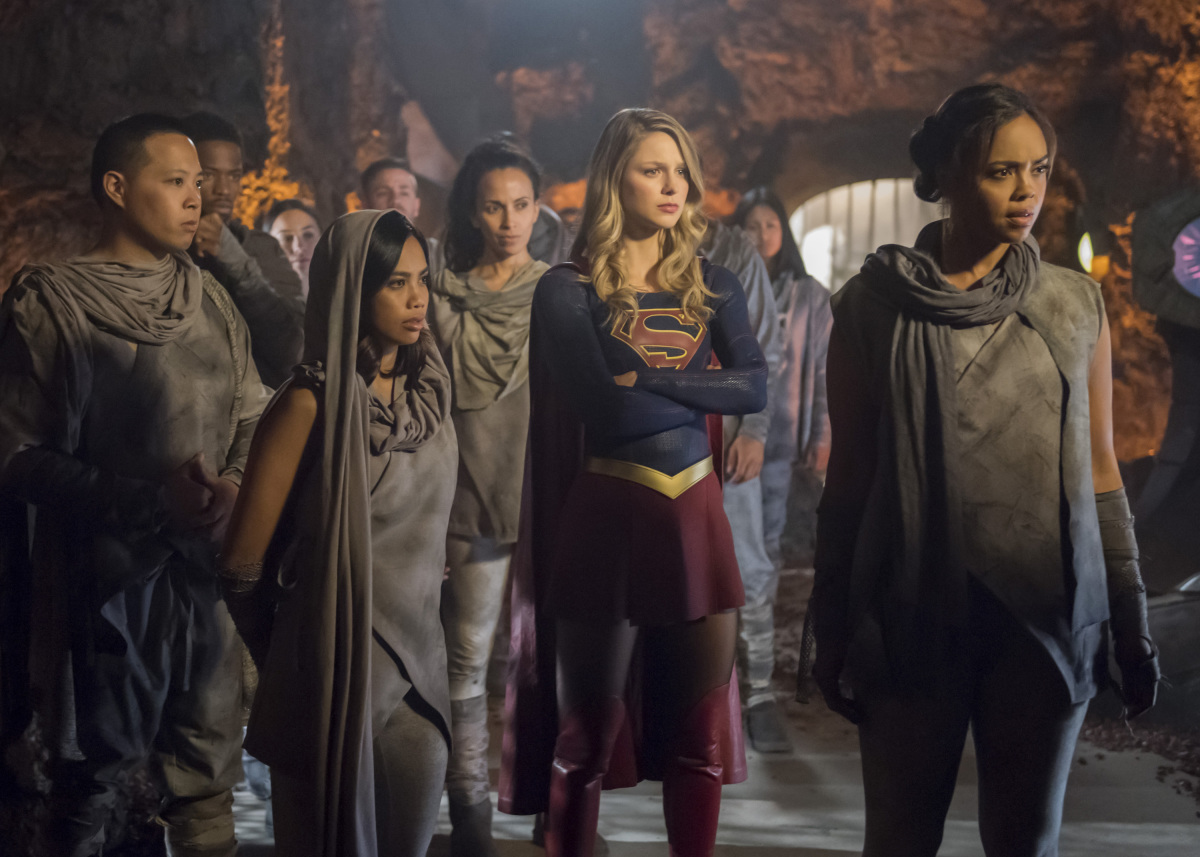 Rating - 3 (out of 5): "If Krypton still existed and I had to go back to where my parents were buried under rubble, I know you wouldn't let me do it alone." - Supergirl

We've had Martian-centric episodes before, bet never so early on in a season. Season 1's big Hank reveal (in 'Human for a Day') came seven episodes in. Season 2's 'The Martian Chronicles' came in the season's eleventh installment. This year, while characters like Guardian have (thankfully) been shunned to the side, our supporting cast have, in general, been given a lot to do.

This week that translated as David Harewood getting his moment in the sun much earlier than we're used to. The only problem with that is it takes crucial characters like Samantha and Ruby away from us, just a we're beginning to get to know them. Alex and Maggie were kept in play, to ensure some grounding to Earth, while J'onn and Kara played out their Edgar Rice Burroughs-esque adventure.

A classic, sky-blue open-top car proved to be J'onn's secret mode of transport. "I come from a race of shapeshifters, Kara. Why shouldn't our technology shapeshift too?" was J'onn's line. It makes sense and it also makes J'onn way cooler than any of us might have guessed - it's a beautiful choice of car. One that reminded me of Riverdale's aesthetics - of Pop Tate's diner and Supergirl sitting with Archie and co, in that cryptic photo that circulated online not long ago.

We never got that Supergirl/Riverdale crossover (and rightly so - it was never intended to happen and I don't think it would have worked), but we still got to see Kara sitting in a glorious, classic ride. And even better: there's a really wonderful shot that Melissa posted on her Instagram of her laying in this car, with only her boots showing. This photo really highlights how great it is to see a Kryptonian placed against 1950s visuals - it's something I never really knew I wanted, until now.

On Mars, J'onn was faced with the task of convincing his father that he was genuinely alive and truly there. It made me wonder how much deception through shapeshifting might have gone in even at the height of the green Martian era - in a race of shapeshifters, how could you truly know that anyone is who they claim to be? The distrust of M'yrnn (played Carl Lumbly, who voiced J'onn J'onzz in the Justice League animated series) was well-founded, but was elongated by the writers almost to the point of aggravation.

As a parallel to J'onn's reunion with his father, on Earth we saw Maggie make the effort to reach out to her estranged father (played by Carlos Bernard - pleasing 24 fans everywhere), who shunned her long ago, due to her sexual orientation. After coming across as stilted but loving, Maggie's father quickly flips back into his old ways as soon as he sees Maggie and Alex share a kiss. The writers also slipped in a quick reference to Donald Trump's wall, when Oscar (Bernard) posits that the world hasn't changed at all.

The title 'Far from the Tree' is a reference to the adage: 'the apple doesn't fall far from the tree'. This statement is very much true for J'onn, who is loyal, proud and honorable, just like his father. However, the opposite of this statement is true for Maggie, who is (thankfully), unlike her cold and archaic dad. Perhaps this is why the title only uses the second half of this adage - not just for the sake of brevity, but also because the writers made efforts to both prove and disprove this statement.

As happy as Alex and Maggie seem at the moment, I can't help but think they're headed for a big fall. It was reported during the hiatus that Floriana Lima will have a reduced role this season. So far, this hasn't be true - we've seen loads of Maggie - which means she'll probably vanish soon. What that means for the wedding is anyone's guess, but I can't image a situation where our duo are happily married and we don't get much sight of Maggie. Much more likely, dark times are coming for their relationship.

As grateful as J'onn was when he said he couldn't have saved Mars without her, I think Kara was very much forced into the role of observer this week. There were a number of scenes where she was standing around, listening, rather than getting involved in the action. Her brilliant comedic monologue about having taking the wrong turn in her car was undermined somewhat by the use of such a cheesy song (Britney Spears' "Hit me baby, one more time"). I can see Kara liking upbeat music like this, but this was a missed opportunity to use to a relevant song (with lyrics about Mars or wrong turns, or a song from the era of this car), which would have had far more impact.

Add to this Kara somehow knowing how to fire the Martian staff, despite never having seen it before (if it ever becomes unburied on Earth, she'll certainly be one step ahead on knowing how to handle it), and this episode held more than a few flaws. Regardless of these, it stood up as captivating television and good Supergirl, but for me, it didn't maintain the quality of the previous two episodes.