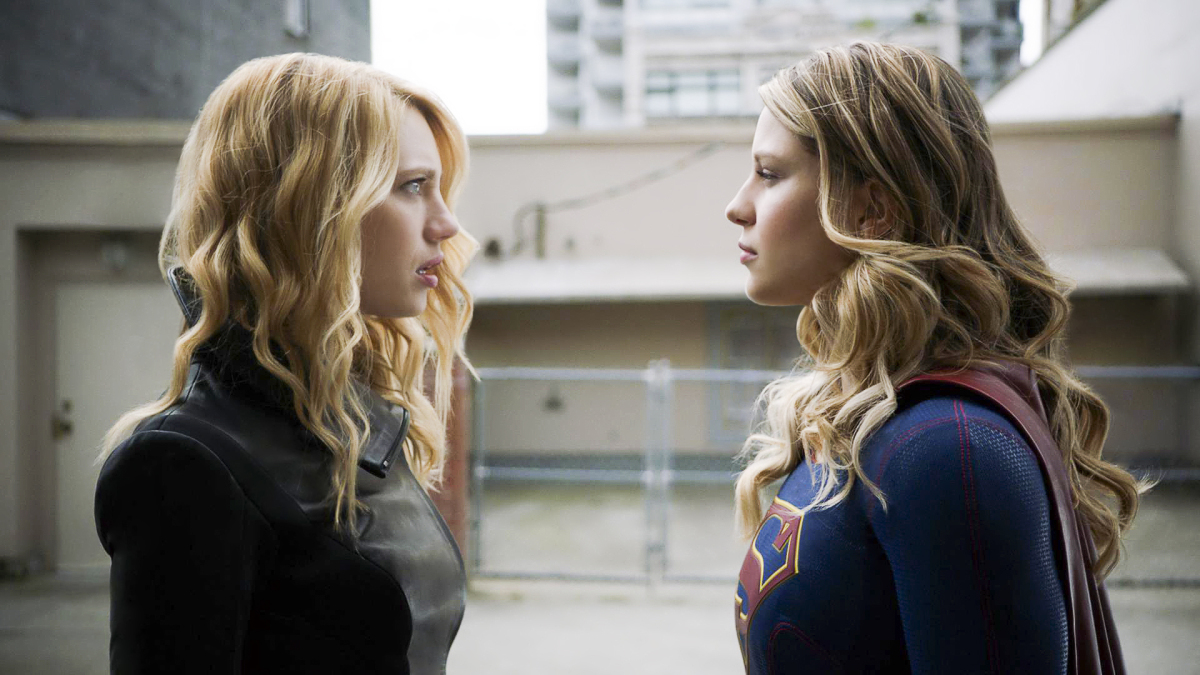 Benching Morgan Edge this week was the right move. Not because I don't want to see more of him, but because it allowed room for three glorious female characters to drift into each others' orbits instead; Supergirl, Psi and Reign - the latter two being pivotal to the modern era of Supergirl comics. Rebirth readers will know Psi well (it's difficult to forget a character who transformed into a gigantic pink dragon) and the New 52 fans will know what to expect from Reign, once Samantha recalls her origins.

Bringing Psi to life was Yael Groblas, who - as Jane the Virgin fans know well - is highly skilled in knowing how to portray villainy. Yael's acting style screams antagonist (to the point where it almost feels like typecasting now) and the Supergirl showrunners put that to great use here. Clad all in black and exhibiting her trademark arrogance, Yael constructed a character who felt far beyond a typical villain-of-the-week; her Psi was confident, powerful and a true lone wolf.

Conversely, Samantha (Reign) is navigating her way through the challenges of being a single mother - juggling a career alongside difficult parenting. When Samantha's daughter Ruby begins to act up, clinging to the hope that her mother holds superpowers, Samantha finds herself torn away from her new job - a role that is ultimately revealed to be Lena's replacement at L-Corp.

Lena instead chooses to apply her time and attention to CatCo, stepping on James' toes in the process. It's a writing move that brings Lena more centrally into our focus, delivering on the promise that Lena will play a stronger role this season (with a promotion to series regular). She's already carving out change in her new role by abolishing exclusive elevator privileges. She's also shown a willingness to learn, after correcting her mistake of excluding the acting CEO of CatCo (James) from important meetings.

Just like last week, this episode was carefully titled. A trigger, in modern psychology, is 'a term used to describe sensations, images or experiences that trigger a traumatic memory'. Psi's powers rely on her victims having emotional scars from their pasts, so that she can rip open those wounds, incapacitating her targets in the process. For Kara, this emotional vulnerability was, of course, centered around Mon-El.

At first, Kara's primary fear was craftily presented (aided by some impressive visual effects) as being made to watch her home planet crumble away into decimation. It was then revealed that this vision was in fact Kara's fear of having sent Mon-El to his death. This reconnected events to Season 3's dark arc and allowed for a couple of beautiful, emotional scenes (the area in which the show always shines brightest).

The first of these was Kara's cross-legged conversation with Alex (after some Kryptonian meditation). The second of these was Kara's breakdown, in which she berated herself for - as she perceived it - having killed Mon-El. The wonderful thing about this is that Kara might not be wrong; we don't know Mon-El's fate (even though we do know that Chris Wood will be returning this season, in some form). In both of these scenes Melissa convincingly looked so defeated and tired, to the point where it made me wonder how much of this might be real fatigue showing through, given the heavy workload that she (always cheerily) undertakes on this show.

After being talked around by Alex, Kara curled her hand into a fist, crunched her knuckles into the concrete and took flight (a powerful visual that no doubt put a smile on the face of every Supergirl fan). This brought her face-to-face with Psi, for a final showdown. This time, Kara stood invulnerable to Psi's powers. In expositional explanation of this, Psi asked: "why aren't you afraid anymore?" and Kara stated: "mind over matter" (followed by a perfectly placed and charmingly brutal headbutt).

I feel like this jump from frightened to fearless was a little flimsy, from a writing perspective. Even though Kara vanquished her fear of having caused Mon-El's demise, everyone has numerous fears (whether they admit it or not), including our Maid of Might. Our fears "might not define" us, as Alex put it, but they're still titans that are very difficult to conquer.

Mind over matter is an alluring (and very possible) concept, but the idea that Kara no longer fears anything in that moment is a bit of a jump for me, especially given her current state of grief, which I don't think has fully vanished yet, despite her taking an important step forward here.

Earlier on in the episode Kara said: "A huge part of me feels so weak." I don't think we've seen the last of that weakness yet. Just as Ruby hid her fear of losing her mother to a career, I think Kara is still hiding a great deal of pain and vulnerability. Don't expect that darkened opening title screen to go anywhere, anytime soon.