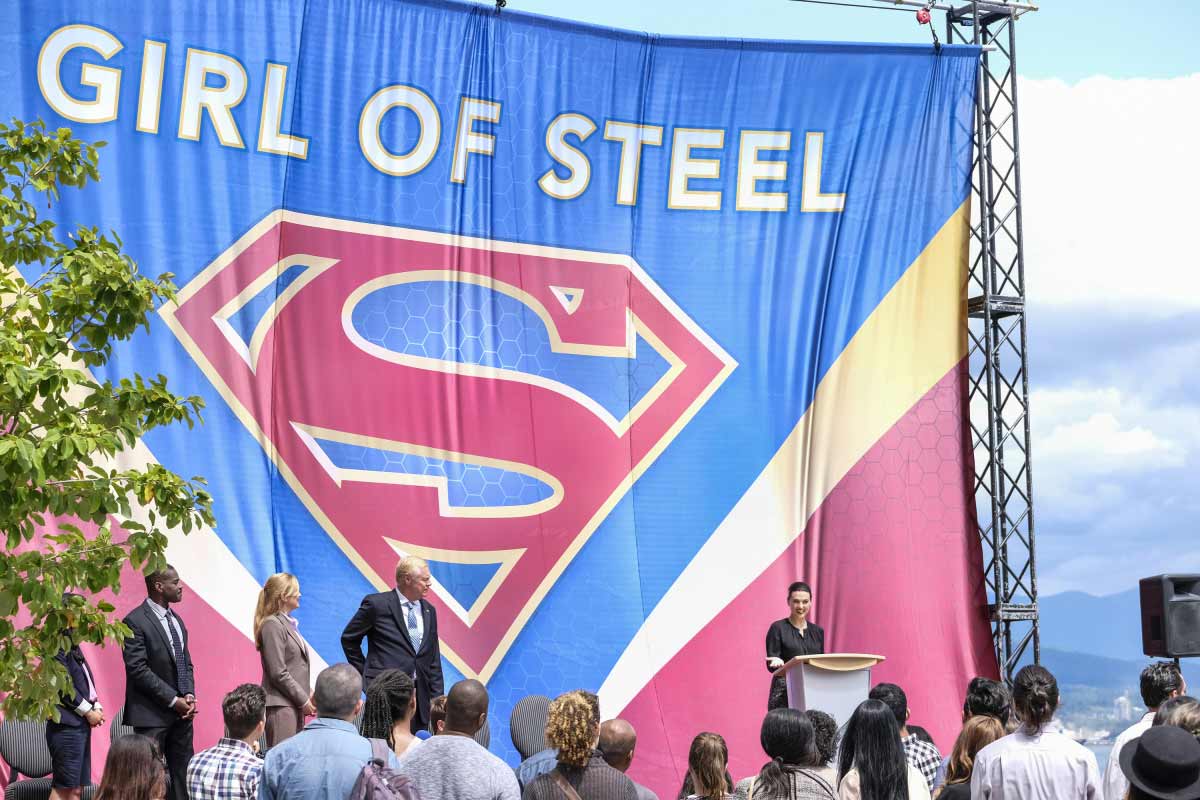 Supergirl returned to our screens with what felt like a direct parallel with the opening of the recent Justice League trailer. Both were dream sequences about loss. In one, a beret Lois Lane imagines (or remembers) a lost Kal El; in the other, a heart-broken Kara conjures up a utopian ideal (one in which even her mother resides - the first time we've seen Erica Durance in the role), in which she still has Mon El by her side.

But the fantasy was short-lived. The episode quickly hammered home the actuality of a post-Mon El Kara - she's withdrawn, she lacks her usual warmth and she's single-mindedly focused on only one thing: being Supergirl. It's a Kara who "doesn't even stop for autographs anymore" (something contrary to Melissa too, who famously never fails to give her free time to fans), prompting Winn to claim that being around her is "like the beginning of the Dark Days" (a cheeky DC Metal reference, for sure).

Her vehement focus on being Supergirl only means good things for National City - crime is crushed under-heel at every corner - but bad things for Kara and our characters. After a brush with James, Kara abruptly decides that she doesn't want to be Kara Danvers anymore, resigning from CatCo in the process. This prompts Lena and Alex to express that they "miss" their friend and sister, but Kara remains resistant.

But she does show the occasional hint of her old self - once, after Alex leaves the room (Melissa's acting during their verbal bout was phenomenal - I was sucked right into her green-blue glare) and again when she chooses to assist an injured soldier over chasing down a criminal. These are intentional clues from the writers to indicate that our Kara isn't as far gone as it might seem.

Introduced this week was Morgan Edge (played by Heroes' Adrian Pasdar) - a super villain straight out of the DC comics, in which he heads up the mob group known as Intergang. As the show is prone to doing, the writers also plucked out another B-villain from the comics, to give Kara someone to tangle with. This week it was Bloodsport, who (bar the red bandana over his eyes) looked pretty close to his comic book visage.

More importantly, Reign (Odette Annable) - leader of the Worldkillers - was also slyly brought into play. She doesn't realize that she's Reign at this stage, but the end of the episode already brought her a little closer to that realization, in a dream sequence that mirrored Kara's, only this time with a demonic Alura. Both Kara and Reign knew Alura, but their dreams being almost identical is very odd (there probably weren't fields like this on Krypton) and this can't be a coincidence.

All of this led to something I've personally been waiting to see in Supergirl for a long time - an underwater sequence. As imperfect as the New 52 was, it held some visually beautiful underwater moments for Kara and I've always wanted to see something similar replicated on screen. As Supergirl dove, Alex uttered the expositional statement that Kara can't breathe underwater.

In 'Better Angels' it was established that Kara cannot breathe in space (no one can). Instead, she holds her breath for an extended duration. The same applies here, underwater. In the comics, both Supergirl and Superman can hold their breath both in space and underwater for very lengthy periods of time. So to have Alex express concern seems like a flaw upon first hearing it, but it isn't - she was right under one circumstance: if Kara became unconscious (which she did), then she would be in danger of drowning.

For me, this worked as a wonderful entry point into our third season. Multiple interesting villains were set up, stacking the deck well for what's to come. Some real beauty - a floating, zen-like Kara, the underwater sequence and more - buffered some strong writing. Initially, I wondered why the writers waited so long to use 'Girl of Steel' (Kara's most famous moniker) as an episode title and now I'm glad they did, because it works best when placed right here - in an episode about a girl in pain, who's steeled herself against the world, as a form of self-preservation.