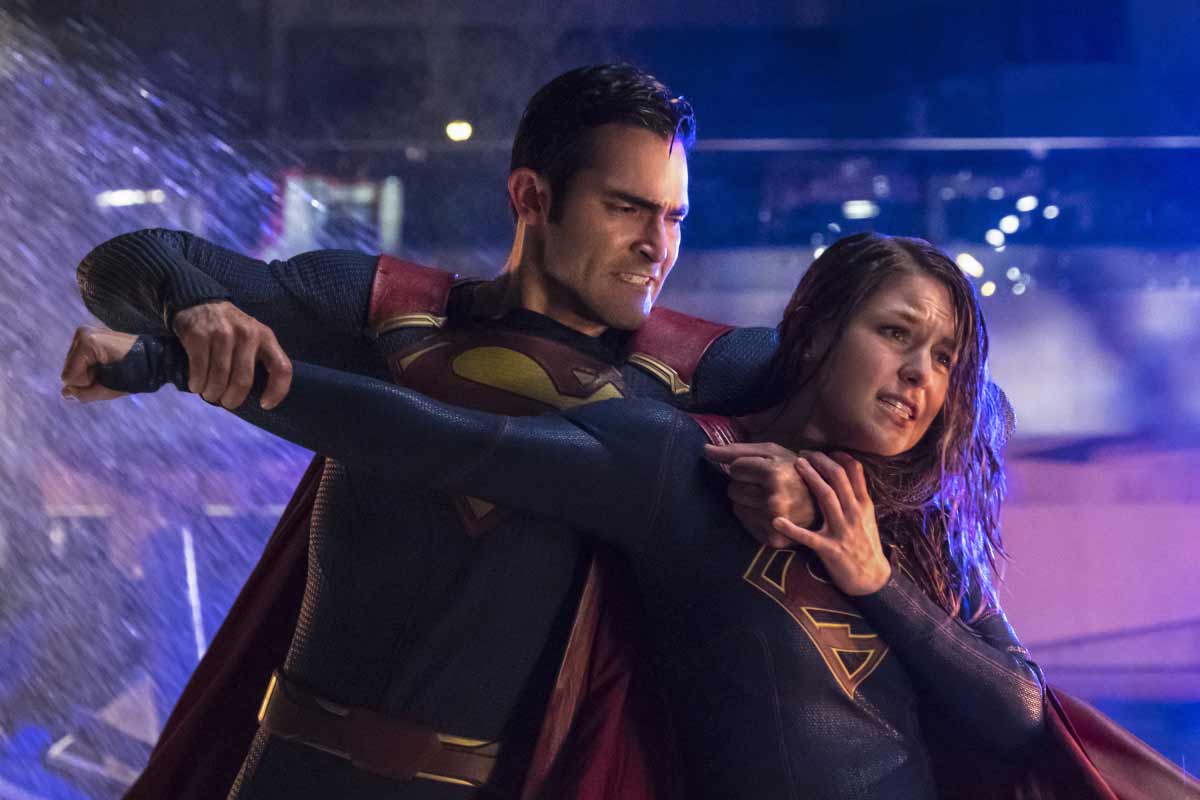 Unfortunately, Cat Grants words didn't apply to this episode. There was a demonstrative need to measure something, and the insecurity that fostered that need has left this critic with little desire to continue on with Supergirl. The series isn't perfect, and such has been noted in previous reviews. However, Supergirl has always presented more to enjoy than to dislike. A likable cast. An upbeat and positive tone. Most of all, an almost unimpeachable lead, through whom viewers have watched the adventures of the Maid of Might. The end of Kara and Mon-El's relationship was very well done. Cat Grant was on point and will be sorely missed. 1,000 pardons can be given for the misuse of Jimmy, Winn, J'onn, and every man on show who doesn't seem to know what to do unless directed. 1,000 more for a storyline that mirrors the finale of "Myriad" and "Better Angels" to the point of indolence. Still, while I may be whatever percentage of comic fan, gamer, critic, Humanist, etc... I am 100% when it comes to Superman. I have seen Superman used to prop up numerous characters. He is used to give Batman a lift. He is used to allow The Flash a boost. A victory against Superman allows bragging rights for any character, but while it's excepted of nearly everyone else, I did not think that Supergirl would be unable to resist and take the bait.

Forget the slugfest; that cannot be taken seriously. Last season Supergirl couldn't defeat Alex in a Kryptonite suit. Superman is a much more formidable task, especially when he believes he's fighting against a foe that would mean the death of innocents. If the theft of all things Superman has been limited to the cheap shot cum knock out, there would be something to enjoy. Supergirl was not satisfied. We learn that Superman was operating at "full strength" and Kara is Earth's champion. Supergirl was not satisfied. Supergirl again shows that she is Superman's superior in sparring. Supergirl was not satisfied. Something is needed, as it is not enough to be stronger that Superman, since no one is going to believe that. No, Supergirl needs to be better than Superman, and it was with this unrestrained lurch towards agenda, that Superman pronounces Kara his better, and how he is in awe of her. The blatant insecurity displayed with such a move, extirpated any impetus on my part to continue viewing Supergirl. Where viewers were introduced to a dynamic of two heroes without the one-upmanship, or measuring match early in the season, Supergirl decided that Kara didn't measure up somehow, and lessened her in the reaching for what was already there. What was a display of the two being heroes, peers, and equals, was dashed for bragging rights that won't be remembered long, rather focussing on the excellent character the two possess. Supergirl has liberally stolen from Superman's mythos, his supporting cast, his storylines, his villains, even his theme music, but the line should have been drawn at his character. The aforesaid gone, I doubt I'll be returning for season three. There is a reason that Superman is the World's Greatest Hero, and Supergirl reminds us of that grounding. Superman doesn't need to bring anyone down to build himself up. His example is one that, if emulated, is more than enough to place one on equal footing, just look at the portrayal of Barry Allen on The Flash. Certainly someone mentioned this to those who crafted the story on Supergirl, but nevertheless, they persisted.