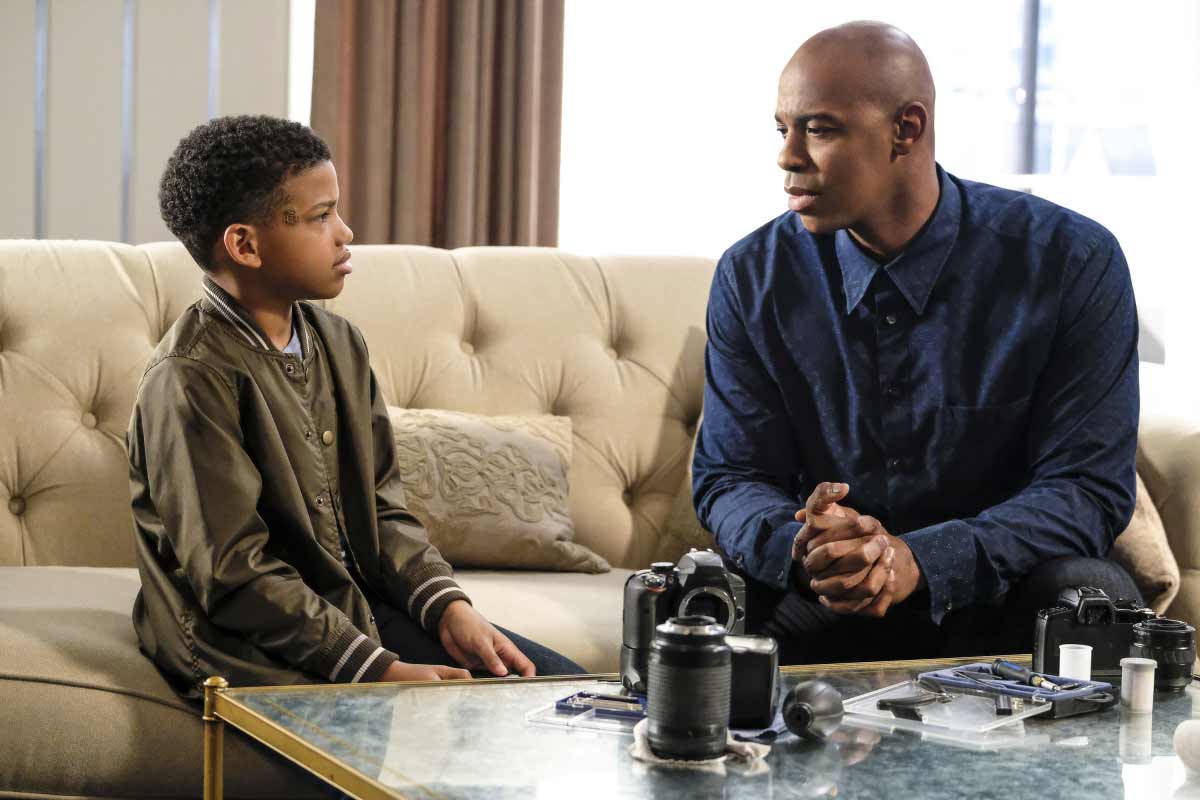 "City of Lost Children" is one of the season's best episodes, and it's still weighed down by a tone deaf approach to the elephant in the room, Jimmy Olsen. Mehcad Brooks really gets to show his range in this installment, displaying a compassionate and fatherly touch to all of James' scenes with Marcus, and even with Martian Manhunter. It's been no secret that we've seen less and less of Jimmy, that even his role as Guardian couldn't buy him the screen time Winn gets for having a girlfriend and being in the DEO, which is unfortunate. While character heavy, Supergirl has a cast which blends well together and has excellent chemistry, when that chemistry is allowed. Even the recent addition of Rhea (Teri Hatcher) slips in seamlessly with the players already amassed. Still, Hatcher is allowed to play her character, where Jimmy was stripped of his. It's probably a good estimate that we lose Jimmy after this season, it was alluded to that he would return to Metropolis, and more than likely join the latest addition to The CW superhero slate, but at the very least viewers were given an episode to see that there was nothing wrong with the character, but the approach.

There is more than a little dislike for Jimmy on Supergirl, as he was set on a losing track. Rather than use an established character who was black, the show decided to race-switch and not only replace Jimmy Olsen on a show without Superman, but have a Jimmy Olsen that was unrecognizable from what had been established in his comic book adventures. Ignore Jimmy's race for a moment, and wonder what the reception might have been if the character was the impetuous youth, looking to make his mark known from Superman comics. Instead we were given Jimmy as beefcake, and in a relationship with Supergirl. The resistance to the pairing was palpable, until any hope of it was dissolved like a sugar cube on the high tide. Did it all happen because Jimmy is black? When I saw tonight's show and saw more black people than usual, and for Jimmy's episode, the answer is obvious. Jimmy's problems stem from a lurch at diversity, instead of a desire to make a great character, as was done with John Diggle on Arrow. Still, he did save the day, though I doubt he'll do it again... on Supergirl.