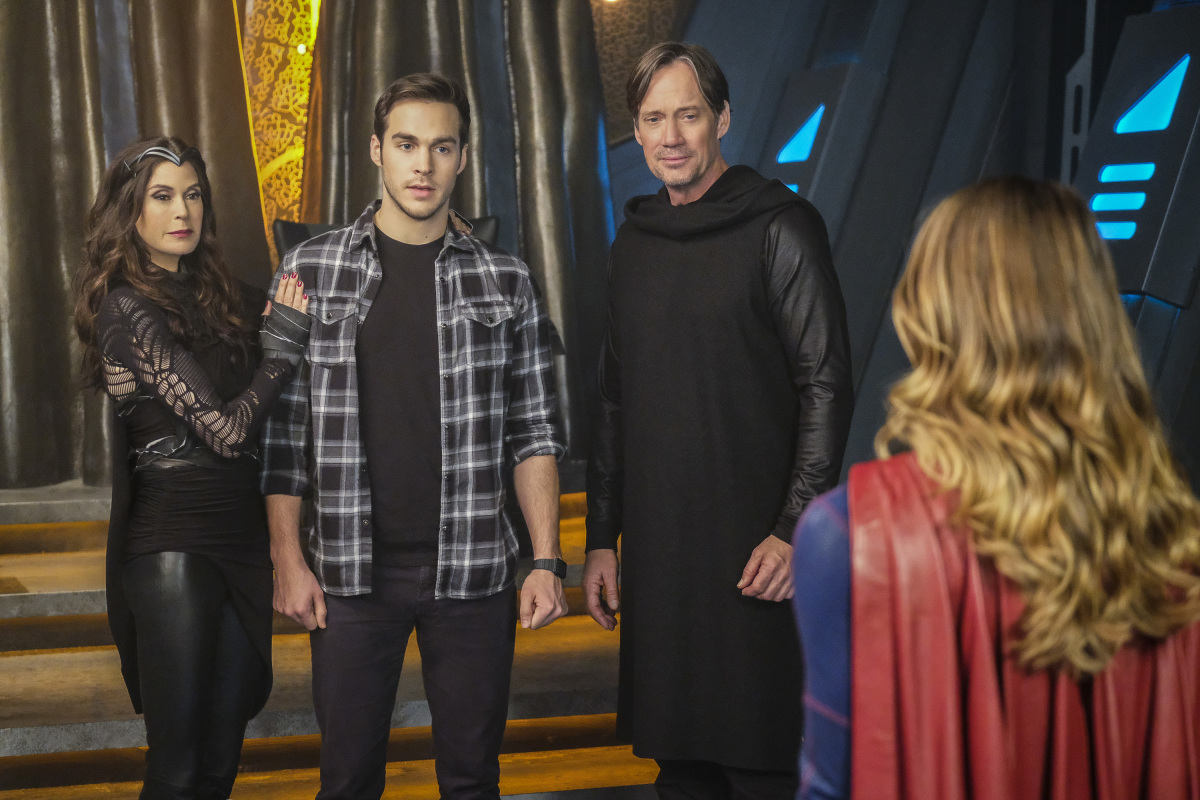 Rating - 4 (out of 5): The romance between Kara and Mon-El is not one that's every really been sold; more a construct born of a formula which is second nature to the Rom-Com format. That being said, this episode actually did bring the couple together by pushing them apart. In true romance fashion, a complication is borne of dishonesty, and now trust is shattered, and we can only wait to see if it will be reforged. Mon-El's feelings towards Kara and his genuine desire to be with her, to fix himself in any way possible for the aforementioned to happen, is rendered in a most genuine manner. Mon-El has found purpose in life, and that purpose is his affection for Kara, which motivates him to be a better person. Kara sending him away because she cannot see past his prevarication, and into the man he has become is the full stop on a relationship that is only beginning to bloom. Hopefully, the twain will find someway to resolve this issue, perhaps with song?

I was up for the Guardian action, and looking forward to him showing some form, and he did... until he didn't. Superior opponents require strategy and Guardian's method of gadget, fight, be flung around definitely lacked something, however, when he seemed to be down for the count, and all seemed lost, I wasn't worried as I knew he would be saved by National City's greatest heroine: Alex Danvers?! It could have been a moment for Guardian, or Guardian and Winn, maybe even J'onn could have flexed some muscle, but no, the resident Swiss Army Knife was there to save the day, because... why? Why? Can no other character have some light, competence, or effectiveness? It could have been a very good moment for someone else, but that's too much to ask. Hopefully Alex can't sing...