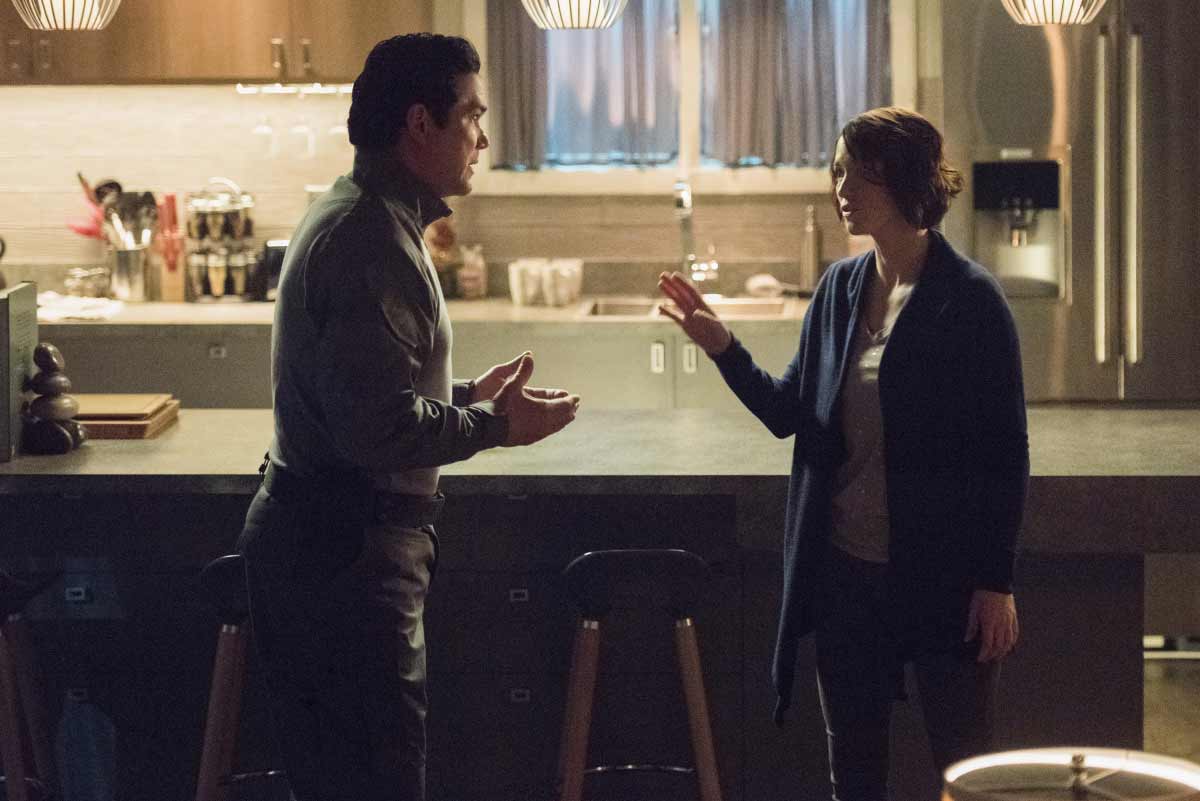 Rating - 1 (out of 5): The nightmare that most people can identify with, is the one where you have no hope, no matter how far or fast you run, no matter what you do, the monster is everywhere and everything. That monster is Alex Danvers. It's enough to tolerate her character on a regular basis, as she is the generic cipher, which viewers either love or do not, but to have an episode focused on Alex, where the laws of any and everything do no apply, it is completely impossible to withstand such an onslaught, unless one has Kryptonian genes. There was no point during the installment that any of what transpired regarding Alex felt real, and it should have. Alex taking her anger out on the apprehended alien was puffy, yet another show of her imaginary bad-assery. However, when J'onn entraps her to discover what truly dwells in her mind, that is something that should have been explored... but there was no way Alex would be subject any analysis that wouldn't be flattering. No, where she should have had to dwell on her double betrayal, of both her boss and her blood, Alex moves right along to saving her father, and, of course, being reinstated into the DEO. This reeked of hypocrisy, as Kara was fired for her independent actions, and she was actually right. Alex's selfish actions, instead, were rewarded at the end of the day.

The most egregious offense was when Supergirl needed to save the ship. That was Kara's moment; Alex had plenty of her own throughout the show and the season. I would have loved to see Supergirl dig deep and shut things down. However, even in this instance, Alex could not resist self-indulging. No, Alex must somehow connect to Kara, and it will be the sisterly bond that they share which saves the day, and not the determination of Supergirl. No character has so completely dominated the scene, and left absolutely nothing in return. CATCO is a shell, Jimmy is a guest star, Winn is a prop, Kara is 3-dimensional, and ignored for it, yet Alex, the most diaphanous and self-absorbed player that I have witnessed in some time, is blessed with ever more screen time, to the point that all others are irrelevant. It's worse than Olicity, but rather than dub it, I'd rather it just go away. Please, please, go away.