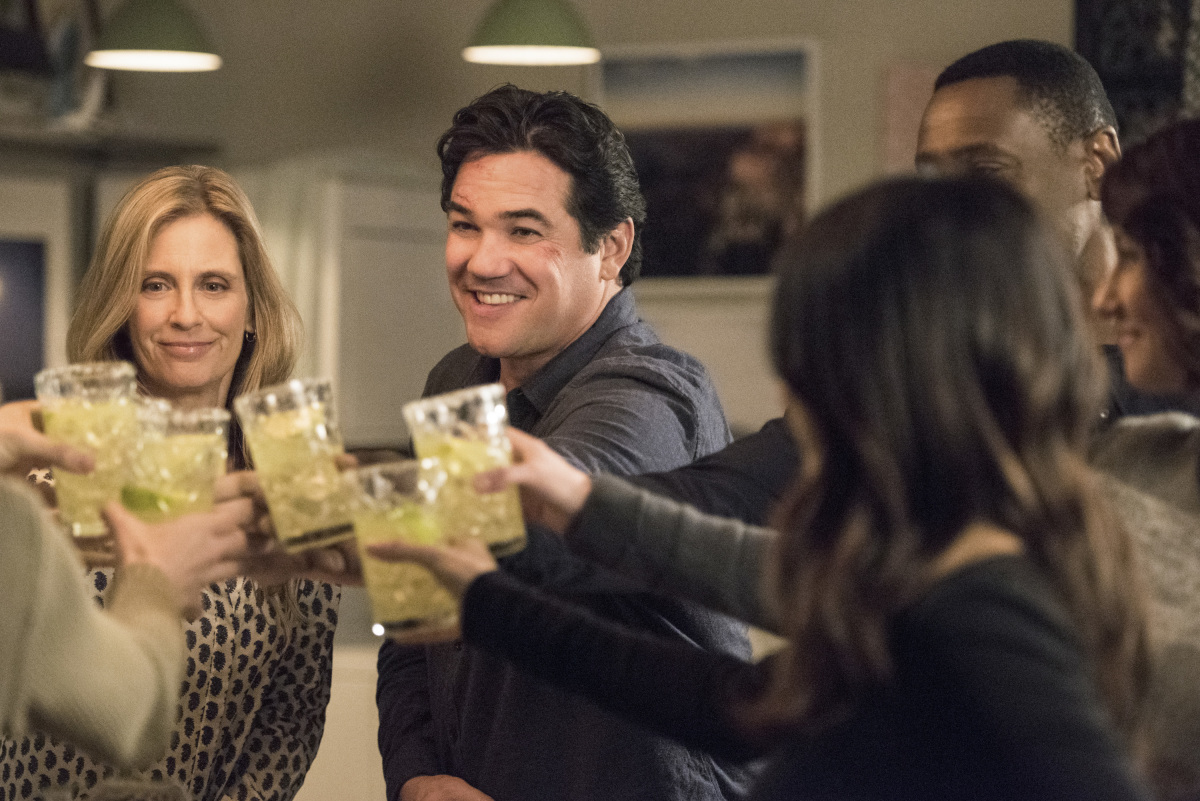 Rating - 3 (out of 5): The latest installment of Supergirl is a solid one... even if it left this critic wanting for more in substance. Dean Cain returns as Jeremiah Danvers, while this should be a great thing, it immediately becomes cliché once Jeremiah is taken to the DEO. Viewers are aware of Jeremiah's capture and servitude to Cadmus, however the trope of family at odds, and the friendly betrayer take viewers from 0 to 60 in moments, on a speedy journey to nowhere requested. Danvers as the enemy within denies viewers his pleasant and friendly self, failing to truly make use of not only a good actor in Cain, but a former Superman player as well. We're supposed to be less critical of this, having been treated to Supergirl and Mon-El consummating their feelings, and the other couplings that have sprouted up as is wonted by Cupid's onslaught. However, much of what occurs with Jeremiah just doesn't add up, particular his blasé' approach to reassuring his own daughter of his innocence.

So, you rooted for Kara and Mon-El, and you received your heart's desire. Are you bored yet? I'm not one for contentious pairing in fiction or otherwise, but the two of them together, Kryptonian and Daxamite, explain why the planets were at war with each other: out of sheer boredom. While their happiness may be fetching, it's also without any tangible, palpable connection. If we remove all of the fictional and meta-textual reasons for the two of them together... actually, we could leave them all to remain, and there would still be no grounds for either of them to be together, aside of there being no one else. This would now make two relationships I have to avoid mentally, and if Winn doesn't do right, I'll be surrounded by the most boring relationships ever.