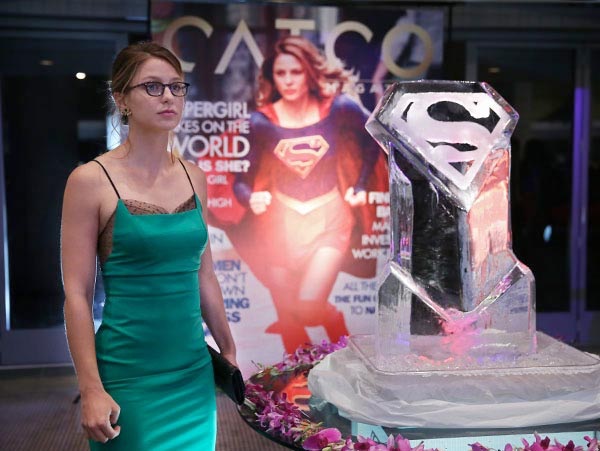 Rating - 4 (out of 5): Best episode yet. There are dueling themes, as in the previous episode, we were introduced to the concept of "El Mayarah" or "Stronger Together," while in this installment, Supergirl seems to have forgotten that on Krypton, it's an honor to receive help from another. Her resistance to Superman's help is confounding till explained later. If not for her vessel being derailed, Supergirl may very well have been the World's Greatest Heroine. Kal-El would be in her situation. Her purpose, her raison d'être has been usurped by fate, and as much as she is a child of Krypton, even more so than Superman, she is also very much a product of Earth, specifically the Western bent to go it alone, even when it doesn't make much bloody good sense. Benoist is truly carrying the show on her shoulders with her acting, and from start to finish, she has intoned the best of Supergirl and Kara for viewers to consume.

The fights with Reactron were better than anticipated, despite one groan moment, which will be discussed further down. Their first tussle shows an uncertain Supergirl still manage to defeat an experienced super-villain. It isn't until their second bout, when Reactron doesn't show her any quarter, that viewers gain an understanding of his power and the threat he poses. When he closes in on Supergirl, as she look on with eyes that translate her depletion, it's hard not to be caught in the moment, and clench the armrest a wee tighter. Superman's appearance allows for exhalation... and a wager of five episodes or less to put this reviewer a quid closer to a new iPad. The roles are reversed, with Jimmy having to explain his actions, where Kara had to convince him to allow her to assist. Kara's explanation was better, more contributory to world-building. Jimmy, frankly, sounds like he's pandering. It's one of the few moments that doesn't work in the episode, and the show overall.

I watched this episode over, as I caught the ratings news and read through a plethora of jeering, sexist, and racist comments at other sites, that seem to delight in the show losing viewers. Some of the criticisms are valid: the dialogue needs to be tighter. The wire work has to be better. The plot holes need to be less, and much smaller, if any at all. However, to focus on the missteps is to purposely overlook a show that pound-for-pound is quite good, and has the potential to be excellent. The casting is there. The chemistry is there. Thankfully, despite the vitriol, the viewers are there as well. Supergirl doesn't need to second-guess itself, but, rather, it needs to ramp up past the clichés and tropes, and deliver on its promise. Everything is set and ready for that to happen and I think viewers are ready. Aren't they?