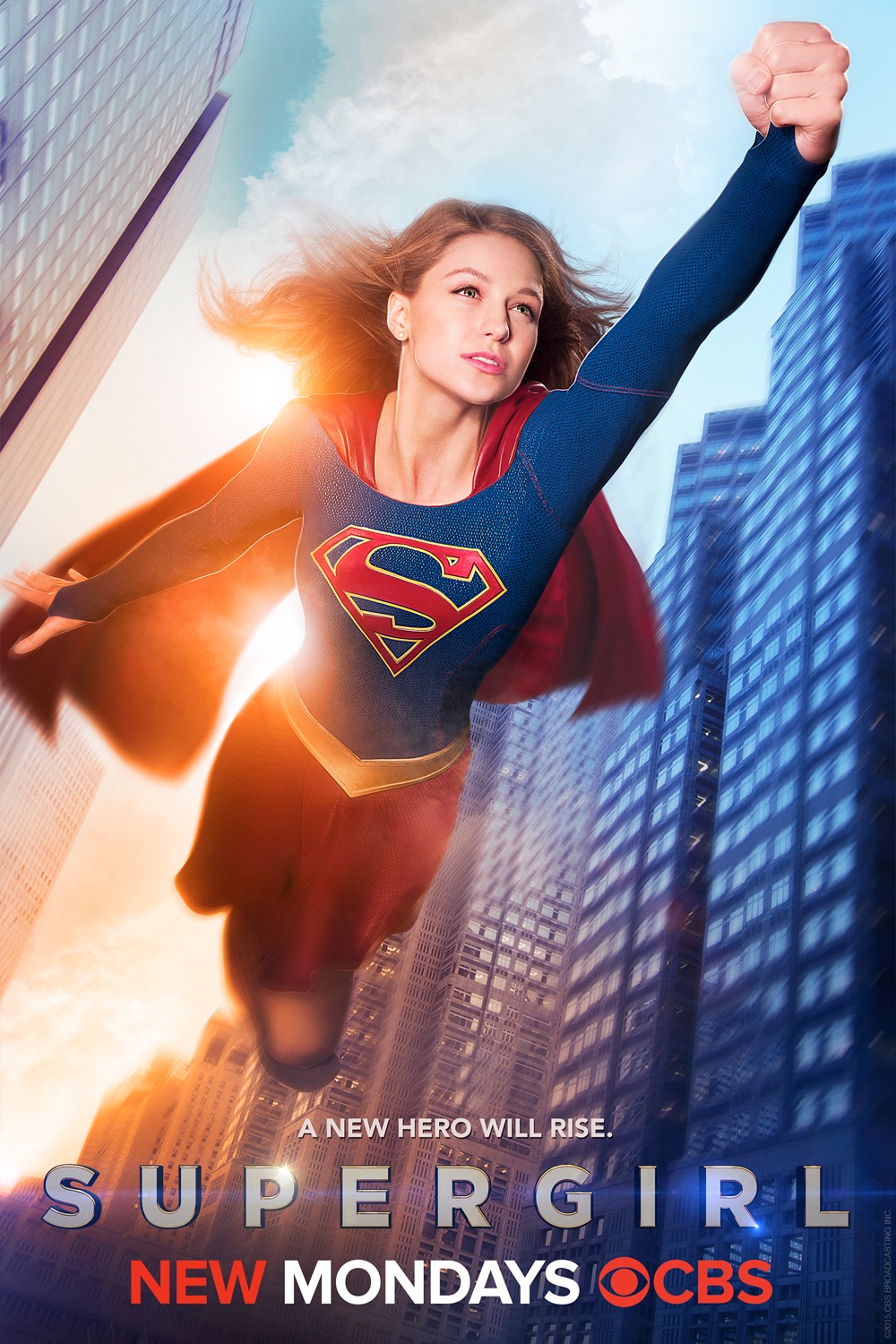 Rating - 4 (out of 5): This show is a coin toss. There is enough trite, hackneyed conveyances and contrivances abounding to make it a laugher of a failure. The structure of the episode is familiar, as well as the the overall thrust of the show: Kara Zor-El is Supergirl i.e. this is Superman if he were a girl. Superman is the great big Kryptonian elephant in the room, but more on that later. As pilots go, particularly for superhero vehicles, this is the same show that's been produced since the inception of Smallville, and in that, Superman once more set the framework that others follow later. Supergirl also borrows from the recent successful shows in terms of narration and ensemble, as Arrow and The Flash have both done. Moreso from The Flash than Arrow, as the show has, wisely, decided to not go for a dark feel with its heroine... at least not yet.

We learn Kara Zora-El is Superman's cousin, and that he is the most powerful man in the universe. However, Superman doesn't seem to want to be around Kara very much, even when she makes her debut saving a crippled airplane (these Els just love saving planes, don't they?), and allows his surrogate in the form of "James" Olsen to do much of what you'd think he should be about. It's hard to imagine what type of world this is, as Superman does exist here, but Kara presses one of her co-workers that there is no such thing as aliens. Superman is referenced throughout the show, but mostly as a standard for power, and that could lead to a great showing of him later, or a trite display of him being diminished to allow Supergirl to appear luminescent in comparison. The palpable fear that Superman making an appearance in the pilot or early on, will suck the air from Kara's story is unnecessary, as she's all ready sucked the story from Superman. Still, in spite of my reservations for the show, there is something here.

A character of Superman's power can and should be taken seriously, however, the notion that seriousness is absent fun and light is a childish notion. Supergirl maintains the optimism that has been missing from recent Superman offerings, and has selected the right lead in Melissa Benoist, who does an excellent "Clark Kent" with little trying. Her appearance in glasses and a bun, is plain and average enough, that she dons the outfit and lets her hair flow, there is an almost chimerical change about her. She becomes more attractive, confident, a heroine in appearance. She has a youthful exuberance to her performance that mimics Supergirl from the comics: sweet and comely, but tough and assertive as well. She doesn't brood or wallow in self-pity, though she does have her moments of disappointment and doubt.

There's a clever argument presented for using "Supergirl" as opposed to "Superwoman" that's made in the show, and while not a definitive theorem, it is food for thought amidst the "girl power" moments that are sprinkled throughout the show. Supergirl seems unafraid of femininity and the emotional staples of popular rom-com tele-shows and films. She can laugh, jump in delight, cry, fight, and be nervous and uncertain, without appearing to be weak or lesser. There's no injection of testosterone into her being for parity or pandering's sake; she comes across as very natural in personality and that makes her, if possible, more likable. Of course, there are the generic males who are there to remind us that men are sexist and believe women are inferior, even when the women are flying above us. Perhaps Supergirl will be the show, in later episodes, that can show men who don't pander or presume but actually respect women based on their character.

The villains are stock and borrowed whole from Superman shows that have come before, even to the point that we're given a female Zod. Kara is also the daughter of Alura, as opposed to Zor-El, which is another obvious move to the zeitgeist that Supergirl may benefit from. James Olsen, who could have at least been a ginger, as, yes, there are black people with red hair and freckles, has a sex appeal that smothers any on-screen friendship that you might think of between he and Kara. You see them together, and that notion flies out the proverbial window. The SFX are top and money was not spared to make the visuals look appealing. There's a lot right and wrong with the show... but it gets more right.

After two viewings, I honestly want to see more because, despite the aforementioned, I want to see more of Supergirl as there is something endearing about the character displayed, and that's thanks to Benoist, who's naturalism in the role mixes heroine and human successfully. The lighter tone also works well here. What is the sense of being so powerful and being weighed down with angst and dankness? That's the recipe for being a villain, not a hero. If our heroine cannot enjoy herself saving us, then why should we follow her adventures or suspend disbelief to do so? It's a suitable pilot that won't make or break the show; that will come with the following episodes. However "Supergirl" does show promise and potential. It just has to live up to it.