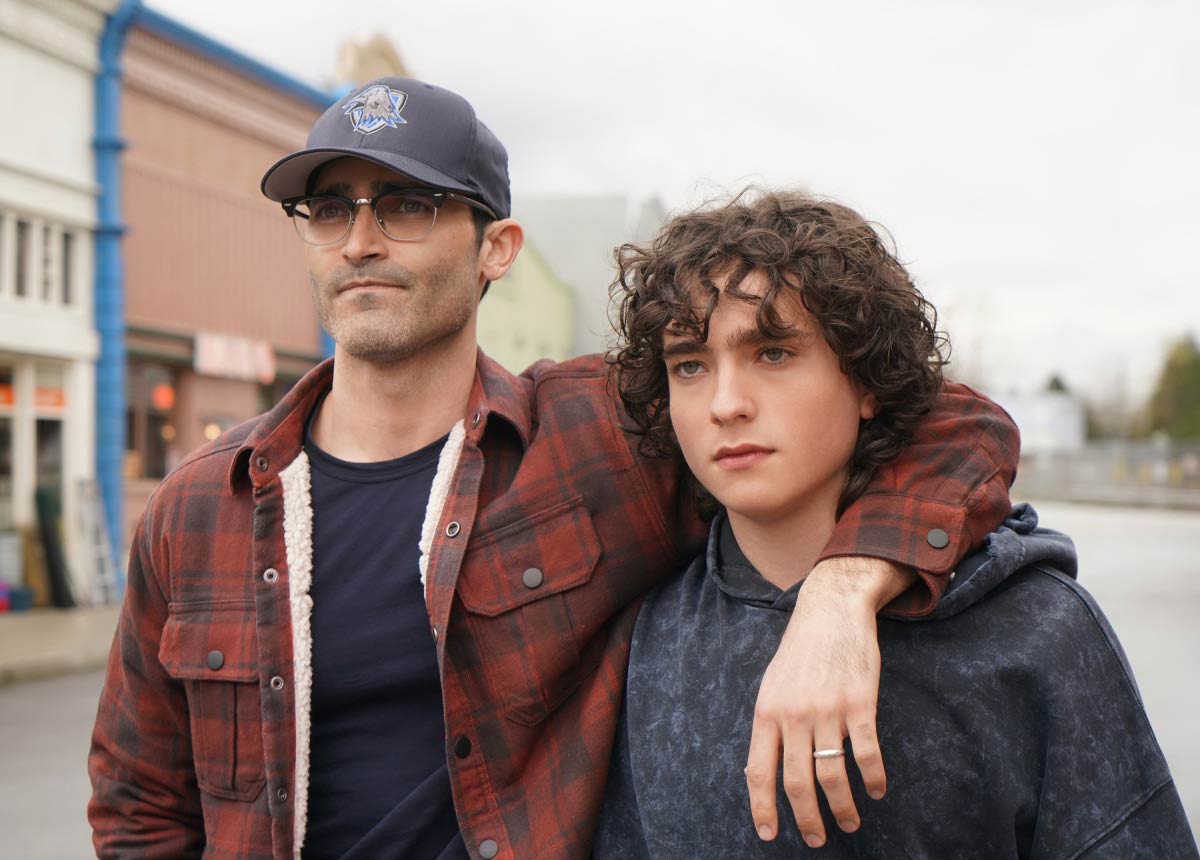 Rating - 5 (out of 5): My favorite part of this week's episode was watching Clark and Sam have very honest conversations with their kids. Maybe I'm getting a little sentimental as I get older but watching two fathers admit the mistakes that they have made, along with Lois having an honest conversation with her sister, is just as important as watching Superman take on and utterly fail to stop Ally. The heart and soul of this series is the various families that make up the cast and the fact that I am more emotionally invested in their relationships than the super-hero stuff says a lot about the great job the writers and actors have done of bringing those relationships to life.

Sam Lane has had one of the best character arcs of both season one and season two. The scenes with him and Lois and Lucy were so well done and, even though Ally trying to kill Sam in order to get Superman to show up was the somewhat cliched way to get Lucy to stop trusting her, enough good will had been generated that it wasn't a deal breaker. Sam admitting the mistakes he made and taking responsibility for what happened was sweet but Lois and Lucy turning and telling him that at least he stayed, unlike their mother, was even sweeter. Another thing that made that scene work so well were the flashbacks showing how Lucy got under Alley's thrall. Without seeing where it all started, seeing where it turns doesn't have as much impact.

Clark talking to Jordan and Jonathan was equally as good, even though things with Jonathan didn't go as smoothly as Clark wanted it to. Clark's talk with Jon was raw and honest and it was heartbreaking to see Jonathan thinking he didn't have a future. The Clark/Jordan scenes worked on a whole other level and finally... FINALLY... Clark decided to step up and train Jordan. The look of sheer joy on Clark's face when Jordan flew was just as endearing as the two of them talking on the bench in Smallville. Tyler has the ability to project such joy when something cool happens with his kids and we saw a lot of that in this episode along with some humorous expressions, like when Jordan came in a little hot for the landing.

Lana being so harsh with Sarah and then with Jordan was a good way to show the pressure she is feeling over recent events. Instead of being supportive of her daughter she focused on the fact that Sarah was performing in a bar. And not just any bar. The bar where her husband met the woman he committed adultery with. Then there was her conversation with Jordan, which was severe, but it was something that Jordan needed to hear. So, Lana had a lot going on, which made her scene with Kyle and then the dinner they shared with their kids all the more emotional. I continue to be amazed at the fact that these adults choose, for the most part, to actually talk about their feelings instead of being all closed off. It's refreshing to see.

John and Nat's scenes were the only part of the episode where I felt that things were slightly dubious, but even then, it ended up working. Getting Nat suited up was not a surprise. If we're going to see Jordan stepping up in the hero business than seeing Nat do the same works just as well. The fight over the suit they had felt a little contrived but seeing John having trouble destroying Nat's armor was adorable. It also worked because both John and Nat were needed towards the end of the episode. It's the weird thing about this show. Just about every time I think I'm having a problem with the plot or the characterization I end up talking myself down of the critical ledge.

The end of the episode was the perfect "everything goes really bad, really fast" sequence. There are two episodes left. There hasn't been any fat on the story for the entire season. Depowering Superman at the moment that Ally is trying to merge to the two Earths is exactly where I want to be left. This combined with the fact that the writers have stuck the landing time and again has me so excited for the last two episodes. In a season that started with a Doomsday face out and then gave us a great take on Bizarro and then settled on a new take on Parasite the ending has to be huge, and I have no doubt that the next two episodes are going to be explosive.

Back to the "Superman & Lois - Episode Reviews" Contents page.