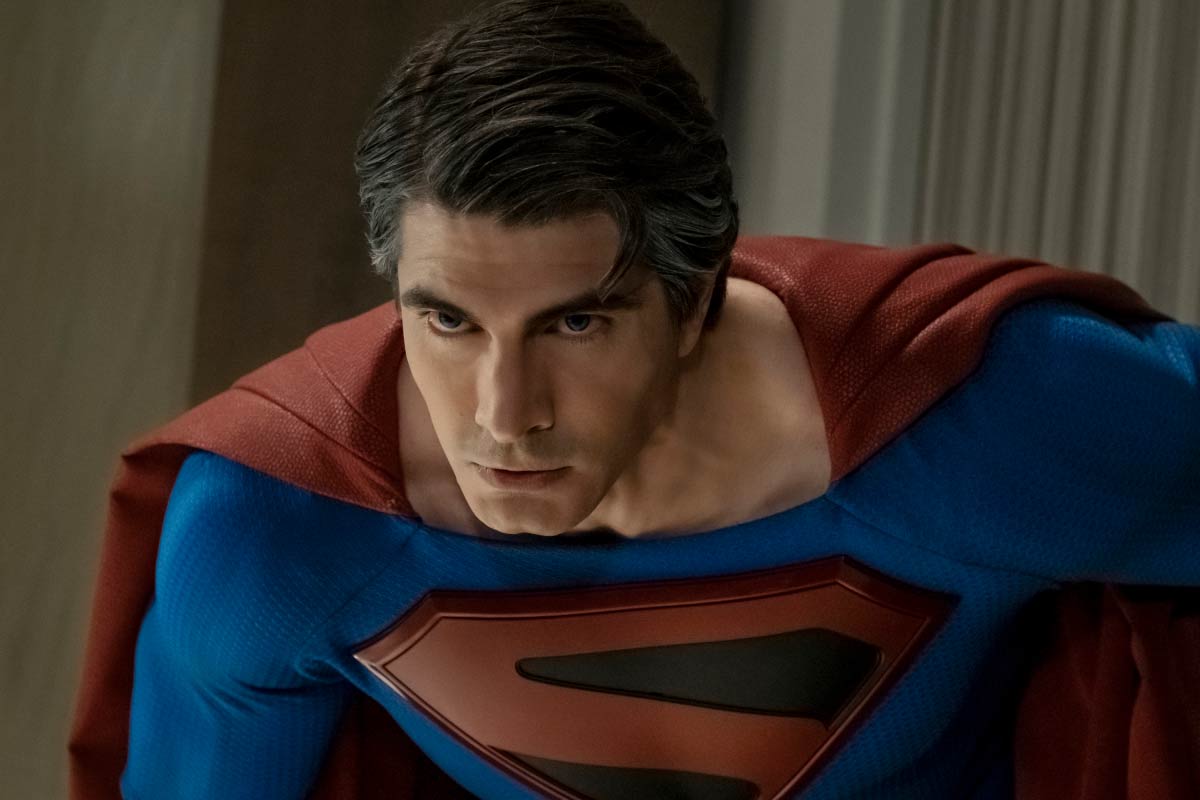 It's hard to put into words how I felt about this episode. It was so Superman heavy that part of me just wants to gush about all of the awesome moments and music cues. It might even be appropriate considering this is the Superman Homepage. But there were other aspects of the episode to discuss, so I'll just get through those scenes first and then dine out on the three Clarks, two Lois Lanes, and a Lex in a pear tree that we got in this installment.

The idea that there are seven champions/paragons is an interesting wrinkle for the Crisis. The original comics weren't structured like that, but it makes sense for this version. The scene where baby Jonathan's crying kept interrupting the Monitor was a nice bit of comedy relief, as was Rory looking after the kid while everyone was universe jumping. The scenes with Kate and Bruce were a legitimate surprise. It was a bold move to make this Bruce Wayne darker. Part of me wonders if it was a commentary on how Batman was portrayed in BATMAN V SUPERMAN: DAWN OF JUSTICE. There were certainly references to DARK KNIGHT RETURNS in there. More than anything I like how Kate realized that this Bruce was not the hero they were looking for and that, as telegraphed as the moment was, she was meant to be the paragon they were looking for.

The resurrection of Oliver Queen was both surprising and not surprising. I honestly hadn't given the matter much thought, but it's an interesting place to go. It gave Barry, Sarah, and Mia something to do for the episode and it brought in John Constantine, which was also cool. I like that these episodes keep going in directions I haven't seen and it gives Stephen Amell more screen time, so it's a win-win all around.

Okay, now to the Superman portion of this review.

Jon Cryer continues to be a magnificent Lex Luthor. The idea of giving him the Book of Destiny, which he uses to kill Supermen from across the multiverse is a dark way to go, but it fits the character. I was worried they were going to try and make him a hero right off the bat, but no, he was the villain. I wish there had been more scenes with him and Tyler Hoechlin, but hopefully there will be time for that later. My only real quibble is this Lex not knowing that Clark Kent is Superman. I could no prize it by putting forth the theory that since Clark looks different on different worlds, that Clark would not always be Superman, but that's a little thin.

As someone who had a complicated relationship with Smallville as it aired and came around to it after the series ended, the scenes with Tom Welling were everything I wanted them to be. He slid right back into the character, especially with the facial expressions, and Welling also seemed to be channeling a little John Schneider in the way he carried himself. I can see where some people might be disappointed that this Clark gave up his powers, but to me, that makes sense. I especially loved him saying, "I haven't missed these conversations," right before he knocked Lex to the ground. I also loved the dynamic between him and Lois. It was a great set of scenes and a perfect way to pay tribute to Smallville as a series.

All of that was just a warm-up to Brandon Routh returning to the role of Clark Kent and Superman. I don't even know where to start. I have long felt that Routh was never the problem with Superman Returns and this episode proves why. Yes, he's still channeling Reeve's Superman (as opposed to Reeves' Superman) but he made it look so effortless. His Clark was a bit mild mannered but had a lot of personality. The shift to Superman was flawless and hearing him say things like, "I can handle Luthor" or the reference to the Clark vs Superman fight in Superman III or the fact that Superman Returns still happened...it just felt so right. The blending of Kingdom Come minus Superman leaving humanity behind after Magog was acquitted was sad, but it also worked. The Easter egg of Routh grabbing Hoechlin like the cover of the JSA special was a nice touch.

And how awesome was it to see Ray and Clark share screen time? It was amazing to see Routh play the characters so differently.

I mean, I don't care that the CGI looked a little ropey in places. To be fair, it was no worse than some of the shots in Superman Returns. Also, it was two Supermen fighting on the Daily Planet globe!

And the use of the Williams Love Theme and Main Theme made the hairs on my neck stand up. This might be my imagination, but the music cue as they entered the Daily Planet sounded a lot like Ottman's Daily Planet music from Superman Returns.

More than anything, I loved how well Superman...all of the Supermen...were treated in this episode. I was impressed that Tyler called Routh "Kal" but Lois called him "Clark". It was a subtle bit of writing, but it showed how Lois sees her husband. He's not Superman. He's not Kal-El. He's Clark.

I'm still smiling over those scenes.

Crisis continues to be amazing. The twist at the end with Lyla getting corrupted by the Anti-Monitor was right out of the original comics, though I continue to be amused at how often they redress the STAR Labs hallway set. The Anti-Monitor looks great and this crossover over continues to be more epic than Earth-X and more fun than Elseworlds, and I loved both of them.