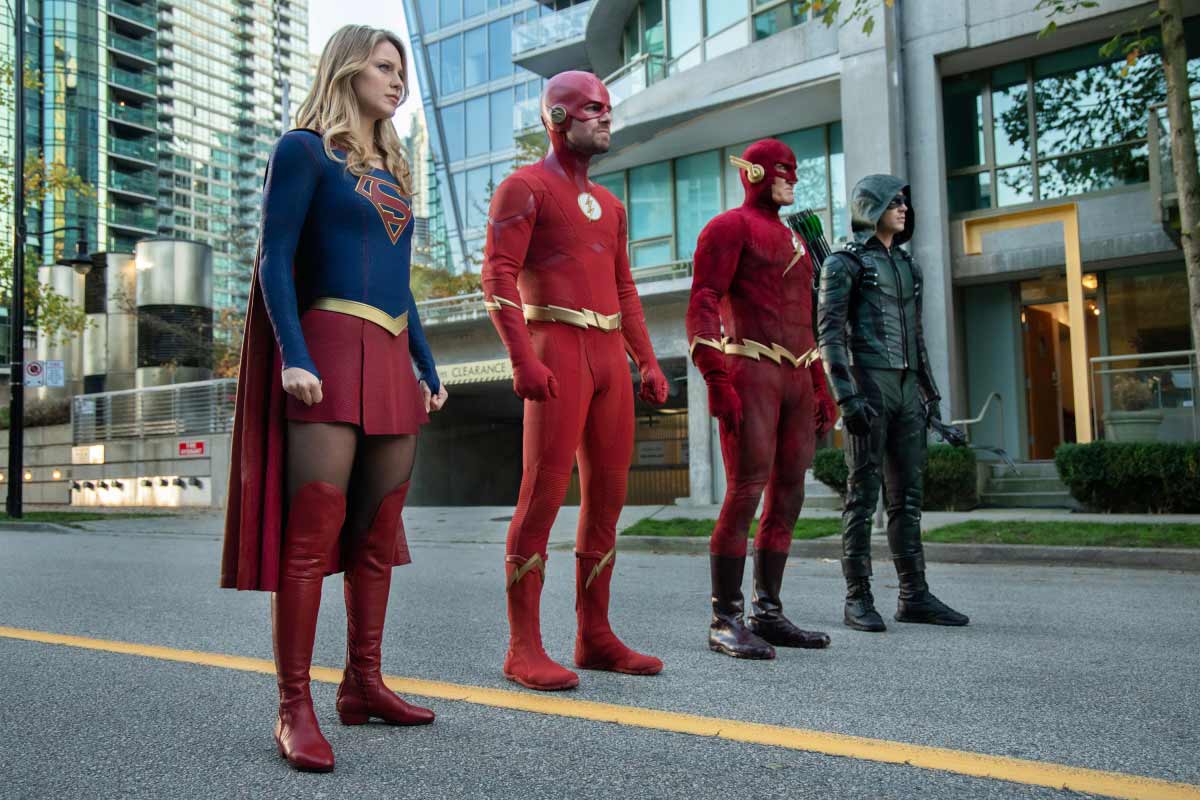 Rating - 5 (out of 5): So, the first night is out of the way and that initial euphoria of seeing a lot of cool stuff I've always wanted to see has abated.

Not at all actually.

See, I like the DC Universe. I am a Superman fan, first and foremost, but I spent a lot of time in the DCU during the late eighties, all through the nineties and for most of this past century. I love its characters and its cities and its worlds. This makes being objective tougher than normal. It goes beyond the mechanics of this crossover. It's something that is so engrained that every Easter Egg made me jump a little. To see everything that they've thrown at us has been a joy to behold.

The big part of this particular episode was the introduction of Batwoman. I've liked Kate Kane ever since she was introduced (or I guess re-introduced would be another way of saying that) in the pages of 52. Right from the start I dug her backstory, her look and who she was as a character. I wasn't too concerned that this crossover would treat her badly. The look of the character is spot on and I liked the little previews they let out. As played by Ruby Rose she is everything I wanted from Kate and maybe a little bit more. She was definitely a Bat character and the chemistry Rose and Benoist had reminded me of Kara and Lena's scenes together in Season 2. I liked seeing Kara and Kate talk. It felt very much like we were getting the beginnings of a World's Finest thing and the scene where they say goodbye was neat as well. Part of me felt like we were getting things that weren't really earned. To be fair, Kate helped them out at Arkham but she and Kara didn't really work together but I'm just going to let that feeling go because it was awesome to see a live action version of a Bat character and Super character meet face to face for the first time and not have one ask if the other bleeds or not.

The through line of Barry and Ollie dealing with their own strengths and weaknesses came together nicely when they were exposed to Scarecrow's Fear Gas. Having Reverse Flash and Malcolm Merlin show up was a good way to personify that theme and it made for a good fight scene. The whole Arkham Breakout was a lot of fun but that really pushed it over the edge to make it feel like it was something important. It also made for a good scene where Ollie and Barry finally understood each other a little more.

Oh, and Ollie getting all sensitive about Batman being real or not was great. Made me laugh out loud and everything/

When the plot of this crossover was announced I was sure of two things; that the Monitor was actually doing all of this to test the heroes and that the black suited Superman was going to show up at the end of Part 2. I'm not saying this make me smart. It was just a feeling and frankly the ads made that second thing really apparent. The Monitor using a villain to test the heroes is right out of the comics. For those that aren't aware; The Monitor popped up in a bunch of DC books for a year leading up to the original CRISIS ON INFINITE EARTHS, usually as a power broker for villains. It was his way of cataloging what the heroes could do so he could ultimately pick a team to defeat his evil opposite. This is a little different than that but not by much.

The only disappointing thing about this episode was the fact that John Wesley Shipp didn't get more airtime and was ultimately taken out too fast. It was great seeing him in the old, Dave Stevens designed costume, though, so I will take what I can get and the mention of Diggle being a GL on an alternate Earth made me very happy.

This was a fun chapter. Heavy on action but that makes sense for the middle part of the story. There was a lot going on with Ollie and Felicity but, I went with it because that's what you do with ongoing plots during a crossover and I think that is one of the best things about this crossover and the ones that came before it. It feels like a comic book brought to life. This is something Marvel is doing well on the big screen and that DC is doing just as well on the small screen. I am very thankful that I live in a time when we get this sort of thing on a weekly basis.

What a time to be alive!