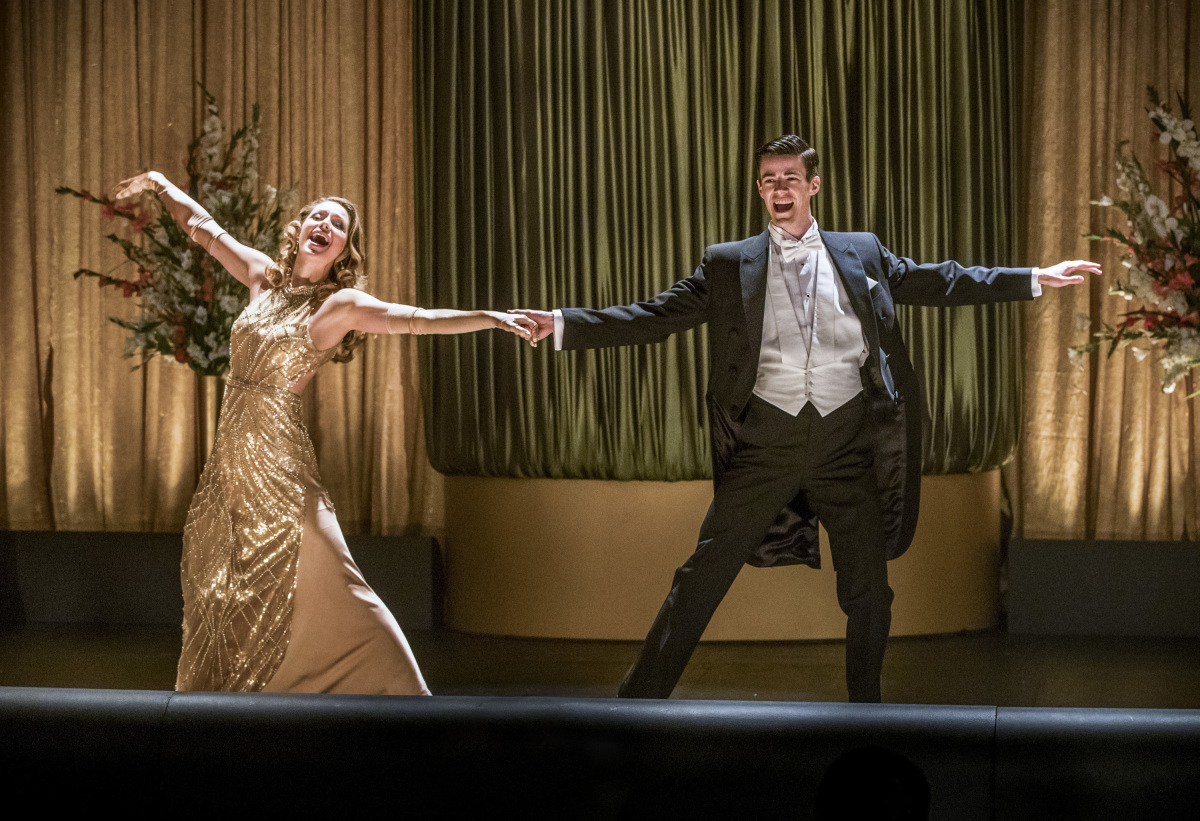 Rating - 5 (out of 5): Finally, the crossover viewers deserve, need, and waited for. Thus far, the crossover for this year, Invasion, was less a team-up, and more a pile-on Barry for Flashpoint. Duet allows the natural optimism of Supergirl to bleed over into The Flash, which very much needs it. This has been "down with Barry" year, since his blunder with Flashpoint. However, what viewer wants to see Barry be reminded ad nauseam of his error, when his heroic exploits are always the draw? The last straw was Barry backing away from Iris, after she made her way back to him from the worst contrivance of their romance. The reverie provided by Duet allows Barry, and surprisingly, Kara, to put aside their conscious reservations, and just be in love with their respective counterparts. The CW gets no small amount of flak for tilting at windmills, particularly in the romance department, still it was refreshing to see love win the day, as opposed to a lie, a secret, or a fear derail it. Love, good people, it's what we're all after, and thankfully, our hero and heroine were allowed to claim their portion of it tonight.

Now, what I had been waiting for, the music! The level of talent on this show was quite surprising. When Malcolm Merlin shows up and not to shoot but to sing, that is more shocking than him losing a hand. Cisco, Professor Stein, Detective West, Winn, everyone turns in pitch perfect vocals for superb songs, but the best is reserved for Barry Allen, who proposes to Iris again, and who is thrilled to have his proposal once more. You may not like musicals, singing, dancing, performing, but thankfully, the cast of tonight's episode has no such compunctions. Enjoy!