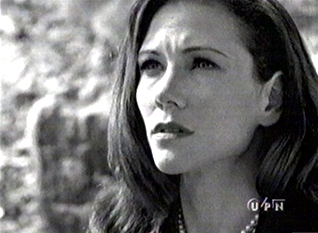 The Red-Headed Lana Lang From the Adventures of Superboy

Stacey Haiduk (pronounced "hi-duke") was born April 24, 1968 in Grand Rapids, Michigan, the daughter of two schoolteachers. Haiduk began dancing at the age of four, studying ballet, tap and jazz. At the age of fourteen, Haiduk was given the opportunity to leave Michigan to travel the nation with a Broadway- and vaudeville-oriented dance company for a year. That opportunity, and Haiduk's successes, only fueled her drive to become an entertainer.

Returning to Grand Rapids, Haiduk completed high school, and as a senior, was voted the student with the prettiest eyes and best figure by her classmates. After high school, she made the decision that she wanted to study dance professionally and make performing her career. She also decided that she needed to be in a bigger city than Grand Rapids to achieve success. At the age of 17, Haiduk moved to New York City to study dance with the renowned Joffrey Ballet. During that time, she also attended acting classes at the Warren Robertson Studio. For the next two and a half years, Haiduk survived by dancing in music videos (Sawyer Brown, Herb Alpert and Laura Branigan), appearing in commercials and won a role in the NBC daytime drama "Another World". However, like all young actors and actresses, when times were tough she occasionally moonlighted as a bartender and a restaurant hostess. 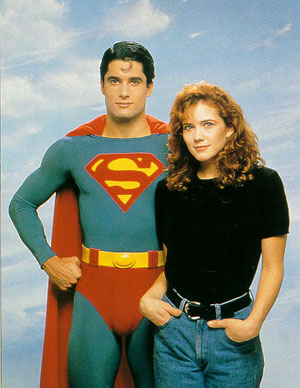 In 1987, at the age of 19, Haiduk received a break when she won small parts in two films. In the first, Magic Sticks (1987), Haiduk played the Laundromat Lady. The second film, Luther the Geek (1988), was a horror film, full of gratuitous violence and sex. Stacy played Beth, the daughter of a woman Luther terrorized. Many who have seen this film think that its most redeeming quality is Stacy's nude shower scene, which many fans still fondly recall. Also in 1987, Haiduk earned the role of Lana Lang on the syndicated "Superboy" series. The show began filming at Universal Studios in Orlando, Florida in 1988 and ran four seasons until 1991.

Superboy made its transition to the small screen thanks to Ilya and Alexander Salkind, producers of Superman: The Movie, Superman II and Superman III. They chose Superboy to continue their "Superman" franchise, after their failure with the Supergirl movie. This was a curious move considering the fact that John Byrne had essentially done away with Superboy when he revamped the Superman character in 1986. Even more odd was that this version of Superboy appeared to be set in the present rather than the pre-Superman 1940's or 50's and didn't really fit into the DC Comics continuity. Still, this show was more realistic and truer to the comic version than any television adaptation that had come before and would eventually lead to DC returning Superboy to the comic pages.

In the first year, Haiduk (as Lana Lang) was paired with Jonathan Haymes Newton (as Superboy/Clark Kent) in stories that revolved around their first year at the Siegel School of Journalism at Shuster University (a definite homage to Jerry Shuster and Joe Shuster, creators of both Superman and Superboy). Newton appeared as Superboy in twenty-six episodes during the first season and the show did well in syndicated ratings. Still, it was Haiduk's Lana that seemed to carry the show. Not only was Haiduk attractive and adventurous, but she gave Lana Lang an independence that appeared to influence the comic book version of Lois Lane and may later have determined the direction of the Lois Lane character in the ABC series, Lois and Clark. 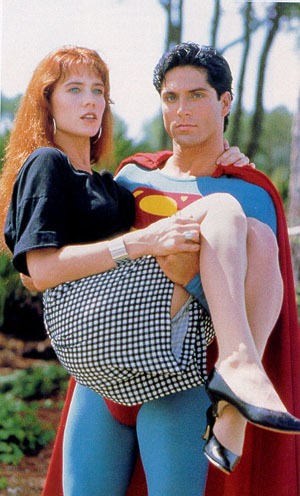 When Newton demanded an increased salary for the second season, the producers surprisingly released him and quickly hired Gerard Christopher to replace him as Superboy for seasons two through four. In the show's third and fourth seasons, Clark and Lana had completed their education, moved to the equally fictitious Capitol City, and began internships at the "Bureau for Extranormal Matters." The change in setting, combined with Christopher's handle on the character and Haiduk's "feistiness" made Superboy one of the better television adaptations of a comic book actually featuring some of the costumed villains of the comics like Mr. Mxyzptlk, Bizzaro and Metallo.

During the break between the third and fourth season, Haiduk appeared in the film, Steel and Lace (1990) playing Alison. Her new foray into films was far more exciting and promising than her first attempts, and when the Superboy series ended, in 1991, Haiduk moved to Los Angeles hoping to continue her work in movies. However, most of her work continued to be in television. Her first work after Superboy was a guest-appearance on the series "Parker Lewis Can't Lose". She then starred in the ShowTime movie "Sketch Artist" (playing Claire, 1992) before stepping into the role of FBI agent-in-training Rhea McPherson on NBC's "The Round Table".

Over the next year, Haiduk guest-starred in Route 66 (Lilly, 1993), then landed a continuing role in the NBC sci-fi series, Seaquest DSV, playing Lt. Katherine Hitchcock, the intense and driven Chief Engineer who was second in command under Commander Ford (Roy Scheider). She appeared in the series for one year, from 1993-4.

Stacy Haiduk continues to live in California and act. In her off-hours, Haiduk enjoys reading poetry, writing, painting and dancing.