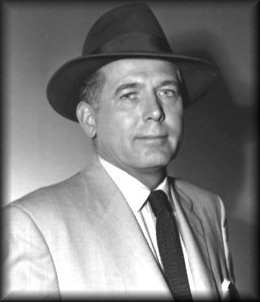 Character: Inspector Henderson in the Adventures of Superman TV Show (1953-57)

Inspector Henderson in "Adventures of Superman"

Robert Shaen Dawe was born in Yonkers, NY on October 4th, 1900 and moved to Rochester Indiana shortly thereafter. When World War I erupted, Dawe's father began working for the YMCA, and his mother took the family east, where he completed his high school education in Washington DC., and then returned to Indiana to work with his father and brother in a wholesale grocery business in.

In 1921, Dawe returned east to study business administration at Boston University, but left before graduation. In the years that followed, Dawe worked at a number of jobs including a parlor singer, an efficiency expert, a newspaper journalist and later joined the Unitarian Layman's League while contemplating the ministry. However, Dawe made very different life choice and left for Florida, in 1924, to sell real estate with only marginal success. He then moved north, to Atlanta and then Birmingham, Alabama where he began working as a copywriter in the advertising department of a women's ready-to-wear store. While there, the director of a local stock company ( The Jefferson Players of the Birmingham Little Theater) approached him to perform in a play titled Iz Zat So. Dawe was intrigued and took the part receiving good reviews when the play opened. For a while, he worked days, and acted at night until he returned to the store after a matinee and found a foreclosure sign on the door. From that moment on, Dawe was an actor. He remained with the Birmingham troupe until the season ended, then moved to Atlanta to study acting more seriously.

After touring with other companies in different states, Bob ultimately headed for New York to seek his fortune but, like many before him, Dawe had a hard time finding acting jobs. Disappointed, he took a job with a theatrical agent, pasting press clippings in press books until he became bored and then began selling stocks and bonds on Wall Street, which made it difficult for him to audition for new roles.

But, In 1928 Dawe's luck changed when he won the role of a policeman in a Broadway play, The Rap. In 1931, Dawe was merely barely surviving as an actor, making about fifty dollars a week. Dawe came to the realization that he, and other actors, was providing travel time, rehearsal time and other services for producers basically free of charge. He worked hard to organize other actors into a union, a move that was very unpopular with producers and would ultimately come back to haunt him years later.

During the 1930's Dawe, who by then had changed his name to Robert Shayne, received rave reviews when he appeared in a play by Ayn Rand and then in Claudia with Phyllis Thaxter. He also appeared in such productions as Yellow Jack, Five Alarm Waltz, Order Please, Beverly Hills and The Land is Bright. 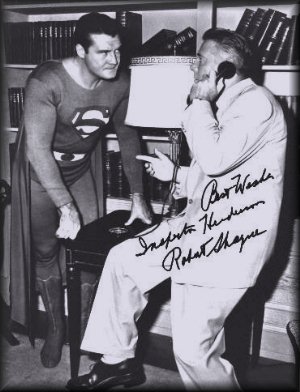 By 1933, Shayne was still a bit player on the stage. That year, he appeared in two Theatre Guild productions, Biography and Both Your Houses (1933) and then a small role in a two films called Wednesday's Child and Keep 'Em Rolling (1934). After playing the role of a lawyer in a drama titled The Night of January Sixteenth (1936) Shayne got his first real break, playing "Renny" on a 39-week tour with Ethel Barrymore in the play Whiteoaks in 1938

Shayne's biggest break came in 1942, though. He was appearing with Katherine Hepburn in Without Love when he was spotted by a talent scout from Warner Brothers. After the play ended, the agent caught up with Shayne on the streets of New York, in the rain, and offered him a chance to go to Hollywood. The minute he got off of the plane and stood in the sun, Shayne thought, "Oh boy, this is for me." He lived in California for the rest of his life.

Over the next 30 years, Shayne appeared on stage, screen and television in a variety of roles. His first role for Warner Brothers was Harvest Moon (1944), and then a number of short westerns. Over the next few years he appeared with such leading ladies as Bette Davis (Mr. Skeffington 1944), Jane Wyman (Make Your Own Bed, 1944) and Barbara Stanwyck (Christmas in Connecticut, 1945). In 1946 he appeared in Wife Wanted, and in 1947 with Bing Crosby in the movie Welcome Stranger. In 1948, Shayne appeared in an amazing twelve movies. Most of these were small parts, but he did appear with Larry Parks, fresh from his success in The Jolson Story, in The Swordsman. In that film Shayne performed his own swordfighting scene with only a few hours of fencing lessons. Both the number of films and the variety of roles slowly but surely earned Shayne a reputation as one of the most versatile actors of the day.

As television came to prominence, Shayne found lots of work here, too. Shayne guest starred in nearly 300 television shows during his career. But, without a doubt, he is most often remembered as Inspector Henderson from The Adventures of Superman. During breaks from filming Superman, Shayne also appeared in Adventures of Wild Bill Hickok ("The Silver Mine Protection Story", episode # 1.5 airing 5/13 1951) and The Lone Ranger ("Black Gold", episode # 3.31 airing 4/9/1953). He also found time to appear on The Donna Reed Show, and Racket Squad.

Shayne felt that the role of Inspector Henderson was really quite dull. He recalled, "We didn't do our scenes to develop character. I was Inspector Henderson and that's all I knew". He remembered there being lots of laughs on the set because it was almost impossible for the actors to take their roles seriously. With little time to rehearse, the cast often learned their lines on the set the morning of the shoot. But that pressure formed a bond that lasted past the end of the job, and Shayne became good friends with George Reeves off the set as well as on. Still, overall, they gave reasonable performances, regardless of how ridiculous of the script sometimes appeared. In an interview before his death, Shayne said that in the later episodes he could have "telephoned his performance in," since there the lines became repetitive and there were no long speeches.

During the 1950's, Congressmen/Senator Joseph McCarthy began a crusade to eliminate "Communists" from every walk of life, and especially the entertainment industry. Because of his membership in the communist party, his activity to organize actors, and a vindictive ex-wife who referred his name to the committee, Shayne was one of the many targeted by the House Committee on Un-American Activities.

Phyllis Coated recalled in an interview, "Bob at one time had been a card-carrying communist. One morning George and I were going down to the set and we could see Bob in the distance with two guys on either side of him. George said 'That's the heat!' He meant law or police. Sure enough, it was two FBI agents. "

Like many actors and friends, Shayne was placed on the infamous "blacklist", effectively eliminating them from work. On two occasions, Shayne was subpoenaed to testify before the United States House of Representatives Executive Committee on Un-American Activities, appearing Tuesday, September 11th, 1951 and a year later on September 11th, 1953. Kellogg's, who sponsored the Adventures of Superman, was not tolerant and wanted Shayne removed from the cast. It was producer Robert Maxwell, as well as George Reeves and Phyllis Coates, who stood up for Shayne insisting that he be allowed to continue on. Even though, Shayne's career was damaged for years, Coates said, "We all wrote letters and pleaded but it took years." 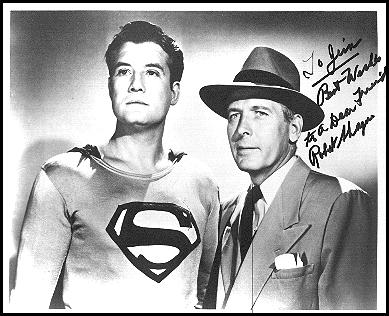 Like many of the other actors in The Adventures of Superman, Shayne could not survive on the salary he received from the series alone and continued to appear in a number of films during the 1950's. However, his "black listing" made it nearly impossible to find a major role in a big film. By and large, Shayne appeared primarily in small supporting roles in "B" movies. And, while Shayne had been appearing in 12 or more films a year, his appearances dropped to three or four films a year during the late 1950's. Among those films were The Dakota Kid (1951), Invaders from Mars and The Blue Gardenia (1953), Murder Is My Beat (1955), Rumble on the Docks and Indestructible Man (1956), Kronos (1957), Death in Small Doses (1957), War of the Satellites (1958), The Giant Claw (1957), I, Mobster (1958). In 1958, Shayne appeared in one of Roger Corman's more famous movies, Teenage Cave Man (1958) with a young Robert Vaughn who would go on to star in Man From U.N.C.L.E, and in 1959 he appeared in The Jayhawkers! and Hitchcock's North by Northwest (uncredited).

In the early 1980's, Shayne's eyesight began to fail making him legally blind. He basically retired from acting for about ten years until, in 1990, production began on The Flash for CBS television. Producer/director Danny Bilson remembered Shayne and offered him the role of "Reggie", the blind newspaper vendor. Shayne appeared in "Sins of the Father" (episode 1.5, which aired November 8th, 1990). Shayne can be seen when Barry (The Flash) hands Reggie a ten-dollar bill to for pay for a newspaper, but tells Reggie that it was a five. When Reggie handles the bill, he immediately knows from the feel of the bill that it was a ten-dollar bill, realizing that Barry was trying to give him some extra money. To repay him, Reggie tells Barry the "word on the street" about a convict who's out for revenge. Shayne reprised his role of "Reggie" in "Sight Unseen", (episode 1.9 ) that aired January 10th, 1991.

Robert Shayne passed away at his home in Woodland Hills, California on November 29, 1992 from complications due to lung cancer.