Produced by: Atari Inc.
Date: 1979
Description: The game features a handful of missions for Superman, one of them being to rebuild a bridge, one to rescue Lois Lane, and another to capture the evil Lex Luthor and his goons. The game scrolls side to side, with the option to scroll up aswell with your ability to fly. (See Game Map)

Produced by: First Star Software Inc.
Date: 1988
Description: As Superman you must protect Metropolis from Parademons, protect a space station from asteroids, and battle through various other challenging levels of gameplay.

Produced by: Nintendo of America Inc. (Kemco)
Date: 1988
Description: Metropolis is in danger of becoming the base of operations for General Zod, as both Clark Kent and Superman you must dodge/fight criminals and villains as you try and solve mysteries and defeat General Zod.

Produced by: Sunsoft of America
Date: 1992
Description: 5 levels of adventure in a battle against Prankster, Brainiac, Mr. Mxyzptlk and more, with Superman's powers including flight, super punch, heat-vision, super strength and a neat super spin move (like a drill).

The Death and Life of Superman (Super Nintendo (Snes))

Produced by: Sunsoft of America and Blizzard Entertainment
Date: September 1994
Description: Battle through the streets of Metropolis as various Underworld creatures and other villains attempt to thump you into submission... and through to the ultimate battle with Doomsday himself! Also features levels where you get to fight as Superboy, Steel, Last Son of Krypton and the Cyborg Superman.
ISBN: 6303053416

Cheat Mode:
Go to the sound test and listen to the following sounds in this order: 0B, 29, 2C and 05. Exit options and start a game. When you get into trouble hold the following:

The Death and Return of Superman (Sega Genesis)

Produced by: Sunsoft of America and Blizzard Entertainment
Date: December 1994
Description: Battle through the streets of Metropolis as various Underworld creatures and other villains attempt to thump you into submission... and through to the ultimate battle with Doomsday himself! Also features levels where you get to fight as Superboy, Steel, Last Son of Krypton and the Cyborg Superman.
ISBN: 6303350437

Cheat Codes:
Enter the Test Sound menu. Play the following sounds in order: 0B 29 05 This would have enabled "Cheat Mode" Press these codes in the pause menu while playing:

Produced by: Sunsoft and Acclaim
Date: 1995
Description: Six of the DC Universe's mightiest heroes and battle three of the most dangerous villains. The heroes include: Superman, Batman, Wonder Woman, Aquaman, Flash & the Green Arrow. The villains are: Darkseid, Cheetah and Despero. Superman's fighting stage is on top of the Daily Planet.

Produced by: Titus Software Corp.
Date: 1997
Description: Defeat the Shadow Walkers who stalk you through the streets of Metropolis, as you collect the necessary keys to continue on to the higher levels.

Produced by: Titus Software Corp.
Date: 1998
Description: Based on "Superman: The Animated Series", the game's backstory has Lex Luthor trapping Lois Lane, Jimmy Olsen and Professor Emil Hamilton in a fogbound virtual world. The Man of Steel flies to the rescue in seven major missions that take him from the streets of Metropolis to Brainiac's space ship. Other missions take place in a warehouse, Lexcorp HQ, a parking garage, S.T.A.R. Labs and the Metropolis subway.
ASIN: B00000JHPT

Cheat Codes:
At the main menu, press: Up C, Down C, Left C, Right C. Then, during the game, enter the following while paused:

Title: Superman: Shadow of Apokolips
Produced by: Infogrames
Date: September 20, 2002.
ASIN: B00006AMZR
Description: Darkseid, the most evil being in the galaxy, has enlisted the aid of Lex Luthor in his quest to destroy Superman and take over the world. By providing Luthor with highly advanced Apokoliptean weapons technology, Darkseid has enabled Metropolis's reigning supervillain to create an army of nearly unstoppable Interbot robots with serious firepower.
Superman: Countdown to Apokolips offers nonlinear, mission-based gameplay that combines action, stealth, and puzzles. Based on Superman: The Animated Series on the Cartoon Network, the game gives you full access to all of Superman's powers as you roam 15 enormous, fully interactive levels brimming with usable objects. The voice acting is provided by the original cast of the animated series, and the sweeping orchestral score is worthy of an epic adventure. The game's supervillains include Livewire, Parasite, and Metallo. An advanced enemy AI makes squad-based tactical decisions in the heat of battle.

Cheat Codes:
Go to the Cheat Code selection in the options menu and enter the following:

Description: Based on Superman: The Animated Series. Full access to all the powers of Superman throughout the game. 15 enormous, fully-interactive levels. Sweeping orchestral score. For 1 player.

Hint: Flash: Jab:
Press A (Punch) twice, then hold A the third time.

Hint: Superman: Uppercut:
Press A (Punch) twice, then hold A the third time.

Hint: Raining enemies:
In Savage Time, make sure you have a superhero that flies (not Flash or Batman). After the Superman Zeppelin bonus level, make your way through the interior castle, to the second bridge (the wooden platforms with soldiers walking). Make sure your hero is on the bridge, then press Up(3) time to fly. Fly up the screen and keep pressing Up to hear punching sound effects. Soldiers will fall down your screen; because your hero is hitting enemies off your screen view. Note: Your hero will only stay in the air for five to six seconds before landing. Note: You must have a flying Justice League hero, in order for this trick to work.

Hint: Hold objects:
Press B near an object then B again to lift and throw the object. The same thing can be done on enemies when they are stunned.

Type: Xbox 360, Xbox, PS2, Nintendo DS
Produced by: EA Games.
Date: November 20, 2006
Product Description:
When villains run rampant, only one man can rescue a world in peril. Will you be able to master your super powers to save Metropolis? Inspired by the Warner Bros. feature film and more than 60 yrs. of DC Comics' lore. As the Man of Steel, you'll hone your unworldly super powers such as Flight, X-Ray Vision, Heat Vision, Super Hearing, Strength, Speed and Breath. Play through this huge open world exactly how you want to at your own pace; nonlinear gameplay leaves the experience completely up to you. With villains like Metallo and Parasite and colossal challenges only Superman can overcome, you must monitor and protect Metropolis from destruction. 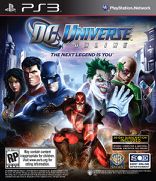 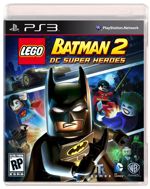 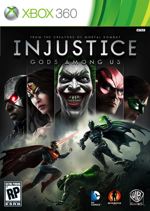 Title: Injustice: Gods Among Us
Produced by: Warner Bros./NetherRealm Studios
Date: April 17, 2013
Description: What if our greatest heroes became our greatest threat? Injustice: Gods Among Us debuts as a bold new fighting game franchise that introduces a deep, original story featuring favorite DC Comics icons such as Batman, Superman, Wonder Woman, The Flash, Harley Quinn, Solomon Grundy and others. Set in a world where the lines between good and evil are is blurred, players will experience heroes and villains engaging in epic battles on a massive scale. 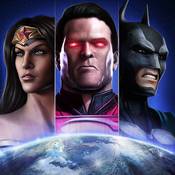 Injustice: Gods Among Us (iPhone/iPad/Android)

Title: Injustice: Gods Among Us [iTunes/Google Play]
Produced by: Warner Bros. Entertainment Inc.
Date: April 3, 2013
Description: Build an epic roster of DC super heroes and villains and get ready for battle! INJUSTICE: GODS AMONG US is a free-to-play collectible card game where you build a roster of characters, moves, powers, and gear and enter the arena in touch-based 3-on-3 action combat. 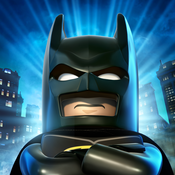 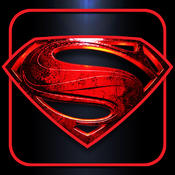 Title: Man of Steel [iTunes/Google Play]
Produced by: Warner Bros. Entertainment Inc.
Date: 25 July 2013
Description: General Zod is threatening Earth and only the Man of Steel can stop him. Utilize the powers of Superman to fight your way to victory and save the planet from certain destruction.
RELIVE THE EVENTS OF THE MAN OF STEEL MOVIE!
-Attack, dodge, block, and utilize various super powers including flight, super speed, and heat vision to defeat Zod and his evil forces.
-Play through an in-depth Story Mode or set a personal high score in the intense Survival Mode.
-Battle a challenging cast of mini-bosses and technologically advanced foes featured in the film.
BECOME SUPERMAN LIKE NEVER BEFORE
-Unlock and purchase up to 6 different suits from the Man of Steel movie.
-Upgrade your suits to become a truly unstoppable force!
-Customize your experience by upgrading the specific abilities YOU want to use.
-Embrace the true strength of Superman with bone-crushing combos, all with the swipe of a finger.
AMAZING GRAPHICS
-Delivers next-gen graphics on your phone or tablet with beautifully detailed animations and cinematic sequences.
-Fight in a variety of detailed and interactive 3D environments including Smallville, the Kent Farm, and more.

Title: Scribblenauts Unmasked - A DC Comics Adventure
Produced by: Warner Bros. Interactive Entertainment and 5TH Cell
Date: September 25, 2013
Description: "Scribblenauts Unmasked - A DC Comics Adventure" is a new game that melds the boundless creativity of the award-winning video game franchise with thousands of DC Comics characters and objects across DC Comics worlds - all drawn in the classic Scribblenauts art style.
The game features a story where players embark as protagonist Maxwell on an imaginative and comical quest, taking them through Gotham City, Metropolis, Atlantis and other iconic locales from the DC Comics universe. Fueled by the player's imagination, Maxwell must use his magic notebook to put a stop to the villains' evil schemes and save the day! 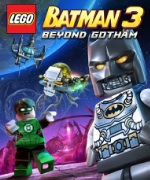 Title: LEGO Batman 3: Beyond Gotham
Produced by: Warner Bros./TT Games
Date: November 30, 2014
Description: For the first time ever, battle with Batman and his allies in outer space and the various Lantern worlds including Zamaron and Odym. Play and unlock more than 150 characters with amazing powers and abilities, including members of the Justice League, and BIG LEGO Figures such as Cyborg, Solomon Grundy and more. Surprising disguises, Brainiac's mind control ability, and the power of the Lantern rings bring a whole new twist to characters you thought you knew. Access Batman's training modules on the Bat Computer and take part in various challenges including battle arenas, races and detective mazes. Visit the Hall of Justice, the Batcave, and the Justice League Watchtower to access shops, trophy rooms, and the hero and vehicle customizers. 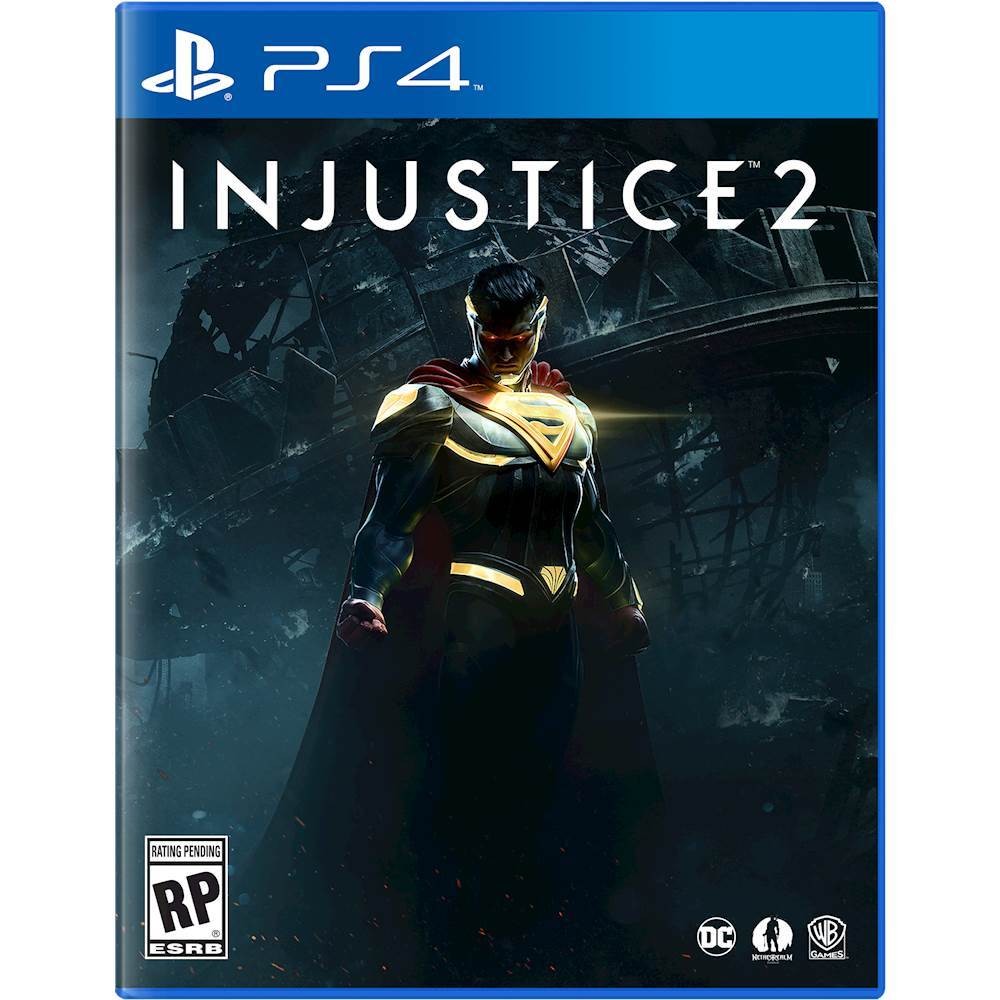 Title: Injustice 2
Produced by: Warner Bros./NetherRealm Studios
Date: May 16, 2017
Description: Injustice 2 is the super-powered sequel to the hit game Injustice: Gods Among Us that allows players to build and power up the ultimate version of their favorite DC characters. Featuring a massive selection of DC Super Heroes and Super-Villains, players can personalize iconic DC characters with unique and powerful gear earned throughout the game. Additionally, for the first time, gamers can take control of how their characters look, fight and develop across a variety of game modes.