This is a partial listing of American trading card sets featuring Superman. As with comics most of the card sets recently published generally should be purchased for enjoyment, not investment. Dealers often sell the inserts (e.g. skydiscs, holograms, promotional) separately and these are more collectable than the ordinary cards. The listing format gives the number of common cards in a set followed by a list of the various bonus inserts for the set. 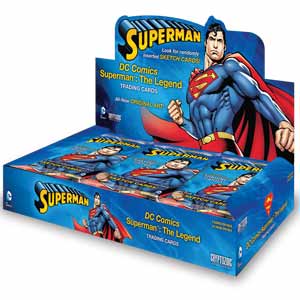 DISCLAIMER: SUPERMAN and all related elements are the property of DC Comics. TM & ┬® 2019