International bestselling author Kevin J. Anderson tackles the tale of the first meeting of two of the greatest heroes in comic history: Batman and Superman. In his new novel Enemies & Allies Anderson follows up 2008's bestseller, The Last Days of Krypton - the epic of the destruction of Superman's home planet - with an action-packed novel set in the 1950s, during the height of the Cold War and the flying saucer craze.

The Superman Homepage would like to thank Kevin for agreeing to do this interview, and for fitting it into his busy schedule. 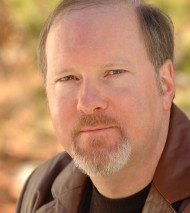 Q: What compelled you to write "Enemies & Allies"?

A: I wanted a seminal story to tell -- not just any old adventure with Superman and Batman, but this is the first meeting of the two greatest heroes. I chose to set it in the 1950s during the Cold War, with Lex Luthor ratcheting up international tensions because he's profiting so much from the military buildup. This is also the height of the flying saucer craze, the first publication of the James Bond novels (which Bruce Wayne reads), the launch of Sputnik, and all kinds of other details that tie in with the cultural landscape. It was a great way to put the two heroes into tight situations where their differences would really be highlighted. I found the idea very compelling and intrinsically interesting.

Q: Were you asked to write a follow-up DC Comics novel because of the success of "The Last Days of Krypton" or was it something you always planned to write?

A: We were all very pleased with how THE LAST DAYS OF KRYPTON turned out. When talking with my DC editor after the book was released, we brainstormed another big book. I remember the editor calling me and saying, "So, what are we going to do next? How about something with Batman?" By the end of the phone conversation, we had a very good idea for the basic story, which I developed further, and then the HarperCollins editor read the proposal and bought the book.

Q: Did you have to run the story by DC Comics or Warner Bros. before getting it published? Were they involved in the process at all?

A: DC owns the trademark and copyright to these characters, so they had to be involved in every step. As I mentioned above, the DC editor called me and suggested the basic project. They approved the outline, and I also worked very closely with the editor at HarperCollins, the publisher. Everything was enthusiastically endorsed by DC.

Q: Why did you choose to set your novel in the 1950s instead of in the current era?

A: I wanted to draw these people not just as icons, but as real characters. Batman/Bruce Wayne is a lost soul, scarred by his tragic childhood and yet forced to play the aloof and irresponsible playboy; Clark Kent/Superman is an alien but desperate to fit in; he has the powers to save the world, and yet in this era every portrayal of aliens is as a nasty, bloodthirsty invader. The 1950s, with its optimism and its paranoia, seemed to be the perfect era for costumed superheroes and grand conflicts. For the first time humans discovered nuclear technology that really could destroy all life on Earth -- which, to Kal-El is an eerie parallel to his realization of what must have happened to his world of Krypton. I felt it really had a resonance to set it in the Fifties, and it seemed much less interesting, almost a cliché, to set it in the modern day.

Q: Is the relationship between Superman and Batman reflective of the comics of the 1950s era when they were good pals, or the more modern take where they are diametrically opposed, but come together because they have the same goals?

A: The latter. Their personalities are diametrically opposed, with completely contradictory attitudes of Law and Justice. They have a natural suspicion of each other, but circumstances will force them to become allies. 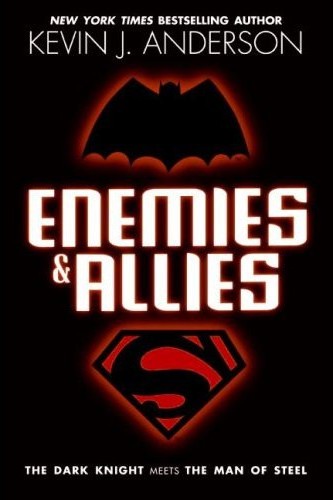 Q: How big a role does Lex Luthor play in the story?

A: Luthor is the main villain, and I spent a lot of time in his point of view, trying to understand what makes him tick, why he hates Superman so much, what are his plans, what are his dreams and schemes. I very much got into his personality.

Q: The story has many settings, including the Daily Planet, Wayne Manor, the Bat Cave, a Russian Gulag, LuthorCorp, and even a secret island base for Lex Luthor. So can we expect Lex to be a scientific criminal genius or a big time business man? Or both?

A: He's primarily a big-time businessman, pulling the strings behind the scenes, manipulating international tensions -- but big plans require big technology, and while he does have minions, Luthor is also the guy who is smart enough to fix things when his underlings screw it up.

Q: Do any other familiar Superman or Batman villains appear in the novel?

A: There are brief cameo appearances by Selina Kyle and Oswald Cobblepot, but I didn't want there to be too many villains. The focus is squarely on Luthor.

Q: What do you say to critics who complain that the 'first meeting' thing is "so cliché and so very 1950s"?

A: Hmm, I've never heard critics say that, and so far the reviews have been phenomenal. But it *is* very 1950s -- that's where the story is set. I think readers are of an age now that they can revisit the story and see a fresh take on it.

Q: What source material, if any, did you draw on to write "Enemies & Allies"?

A: Frank Miller's Batman: Year One, Jeph Loeb and Tim Sale's The Long Halloween as well as their Superman For All Seasons, plus many stacks of other Batman/Superman comics.

Q: When you picture Superman and Batman in your head as you write, what versions of the characters most resemble those images? Any particular artistic style or actor?

A: For Superman/Clark, George Reeves is the best portrayal of *this* version of 1950s Superman. For Batman, I prefer the darker/edgier portrayal of Frank Miller and Jim Lee.

Q: Do you read the current Superman or Batman comic books? Do you watch "Smallville"? If so, your thoughts on them?

A: I've enjoyed the Batman/Superman graphic novels, and the recent Frank Miller/Jim Lee Batman and Robin series. I watch Smallville and I like it, though it certainly has strayed far from the other main storylines.

Q: What would you say to any Superman fans who might be hesitant to pick up "Enemies & Allies"?

A: Anybody who's read LAST DAYS OF KRYPTON probably won't have any hesitations, since the fan reaction to that one was so overwhelmingly positive. ENEMIES & ALLIES is like an "Elseworlds" adventure, in its own continuity, and so readers can enjoy it for its own sake and enjoy the in-depth exploration of these great characters, as well as some of the other players, such as Alfred Pennyworth, Lois Lane, Jimmy Olsen, Jim Gordon, Perry White.

Q: Thanks again for taking the time out of your busy schedule to answer these questions for the Superman Homepage.

A: Thanks for the interest, and I'm very glad I could contribute a small part to the Superman mythos.

Purchase "Enemies & Allies" from Amazon.com or order an autographed copy from www.anderzoneshop.com.

This interview is Copyright © 2009 by Steven Younis. It is not to be reproduced in part or as a whole without the express permission of the author.