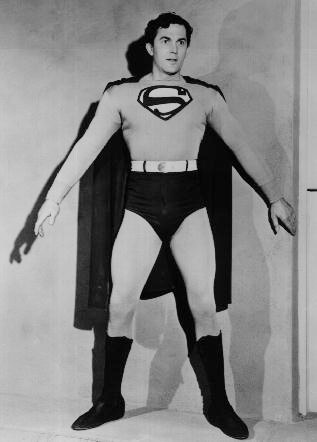 The first actor to play the role of Superman on film, Kirk Alyn passed away on Sunday, March 14, 1999 in a hospital in suburban Houston, Texas at the age of 88.

Alyn portrayed the Man of Steel in two 15-part movie serials in 1948 and 1950. Columbia Pictures hired him because he looked like Superman's mild-mannered, comic book alter ego, Clark Kent, and had dance training that helped him to dive out of windows and leap over cameras.

Although he always blamed his success as Superman for stifling his acting career, Alyn benefited from a wave of nostalgia for the Superhero in the '70s, when he found himself in demand on the college circuit and at comic book conventions.

"Playing Superman ruined my acting career and I've been bitter for many years about the whole thing. But now," he said in 1972, "it's finally starting to pay off."

Alyn was born John Feggo jnr in Oxford, New Jersey. As a young man he performed in vaudeville acts and chorus lines in New York. He followed his friend Red Skelton to Hollywood, where he met and married the dancer and actress Virginia O'Brien in 1942. They were married for 12 years and had three children.

When he was approached to play Superman, Alyn said, Columbia had already interviewed 100 actors, but "had trouble getting someone with a good build who could read lines."

The producer and casting director invited the 188cm, 88.4kg Alyn to its office and asked him to remove his shirt and then his pants. Alyn was alarmed ("I thought this only happened to actresses," he recalled) until they told him that they had to be sure he would look good in Superman's form-fitting suit and tights. 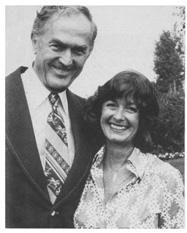 Making Superman fly, Alyn once said, was no simple feat. He wore a metal harness attached to steel wires. In the first rushes, he said, "you could see the wires plain as day," which led to the firing of the entire technical crew. The producers then turned to trick photography.

Columbia stopped making the Superman serials in 1951. That's when Alyn, who couldn't walk two blocks without hearing fans honk and yell, "Hiya, Superman!", found himself with little hope of landing other roles.

So when he was offered the television role in 1951, he turned it down in disgust.

Alyn found stage work in New York and acted in about a dozen Broadway plays. Eventually he moved to California, where he acted in television commercials during the '50s and '60s.

In the '70s, as nostalgia for the Superman character swelled, Alyn agreed to play Lois Lane's father in the 1978 Superman movie starring Christopher Reeve.