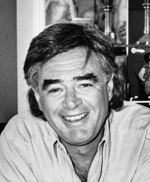 The Superman Homepage would like to thank Mr Donner for agreeing to do this interview, and for fitting it into his busy schedule.

Q: How did the role of Director on "Superman: The Movie" originally come about for you? Who contacted you?

A: I was sitting on the toilet when a strange voice called me on the phone offering me one million dollars to direct Superman. They had Marlon Brando and Gene Hackman already signed. It was Alexander Salkind.

A: No! Too many young people are already coming up on me now! The only way anyone should join this business is if they have an uncontrollable passion for film, in order to put up with all the $#%@ that goes with Hollywood.

Q: Were you a Superman fan before directing "Superman: The Movie"?

Q: Did you read Superman comic books for 'research' before making "Superman"?

A: Yes. I saw tremendous potential for a motion picture. He's Americana.

Q: What was it like working on "Superman"? How well did you get along with the actors, especially Christopher Reeve, Marlon Brando, Margot Kidder, and Gene Hackman?

A: I hate to do this but there are many interesting stories about all of them on the documentary in the upcoming DVD. Too much to go into detail here. Let me just say it was great. We were a family.

Q: When and How did you first get to work on the "Superman" DVD?

A: There had been a lot of talk about it the last couple of years, and we always knew we had a tremendous want-to-see as far as the film went. Warner Home Video decided to really go out and treat Superman: The Movie with the respect I think it rightly deserves. A lot of money and effort was put into the DVD and the film itself.

Q: How long have you been working on this project?

Q: Can you tell us about the deleted scenes included on the DVD?

A: What we though was good went back into the film, there are a few other scenes that will be supplemental.

Q: Was there anything you or somebody else wanted to put on the Superman DVD that didn't make it in the final production?

Q: I've read that some scenes have been digitally fixed... Can you give us an example of where this was necessary?

A: There are a few shots where Chris's costume looked green. We went in and cleaned that up, bringing the color back to where it should be.

Q: Is there something in particular about the DVD that you are personally most proud of?

A: The whole thing.

Q: What do you think Superman fans will be most impressed with?

A: The whole thing.

Q: Who would you like to see play Superman on the big screen in another Superman movie?

Go with an unknown.

A: Get rid of your bad habits.

A: Buying my wife her last good meal.

This interview is Copyright © 2001 by Steven Younis. It is not to be reproduced in part or as a whole without the express permission of the author.