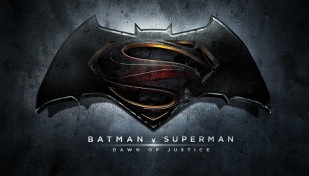 On Sunday, March 20 I was lucky enough to be invited to the New York premiere of "Batman v Superman: Dawn of Justice" at Radio City Music Hall.

Racing in to the theater from the chaos of the red carpet, my wife and I found our seats as the lights were turned down, and Zack Snyder took to the stage, introducing the main cast members of the film.

Then the theater went dark and the movie began...

While I won't give away too many spoilers, it's impossible to talk about the movie in any detail without giving away a few key points. Hopefully, if you haven't seen the movie yet, this review won't ruin anything for you, but enhance your own viewing experience.

If you want no spoilers whatsoever, then read the next paragraph and no more...

As a Superman fan, my concern for "Batman v Superman: Dawn of Justice" was that Superman would play second fiddle to Batman... That doesn't happen. I was also concerned about the ramifications of "Man of Steel", and whether Superman would be portrayed in a good light or not. He's definitely a hero and well loved by many people. His reputation is actually pivotal to the plot of the film. Superman fans have nothing to worry about when it comes to "Batman v Superman".

For those that are still reading, "Batman v Superman: Dawn of Justice" is not only an action-packed film, but there's a lot of heart and drama, especially in the first half of the film.

Yes, Batman is the focus early on, as his origins are covered. But that story is intertwined with Superman's own story, and what has been happening in the two years since the events of "Man of Steel". 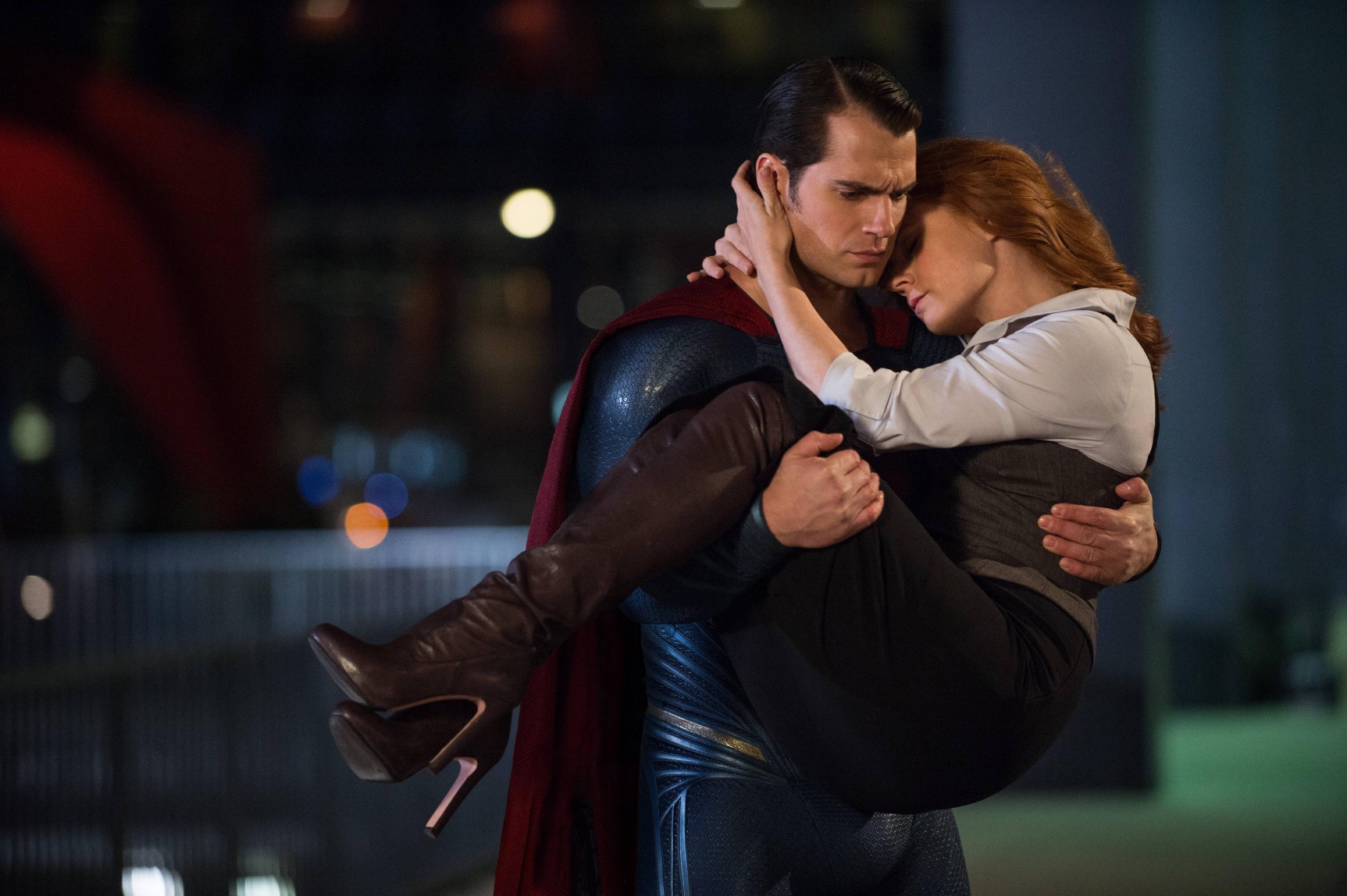 Henry Cavill as Clark Kent and Amy Adams as Lois Lane are heavily involved. Their jobs as reporters for the Daily Planet, and the stories they're covering, are also pivotal to the over all plot of the film. Their relationship and love for one another is also key.

While the title of the film features Batman and Superman, the women of this story are actually just as important, if not more so, than those two men. Lois Lane, Diana Prince/Wonder Woman, and (wait for it) Martha Kent are the backbone of the film.

If, as a long-time fan, you ever thought it was a little strange that Clark Kent and Bruce Wayne both had a mother named "Martha", you'll be pleasantly surprised at how that plays in to the movie.

Scoot McNairy, who plays the role of a Wayne Enterprises employee by the name of Wallace Keefe, is an interesting character. The fact that they were able to keep his role a mystery for so long is quite impressive.

Holly Hunter as Senator Finch is also an impressive character, who makes quite an impact on the early parts of the film.

For those who were concerned about Jesse Eisenberg as Lex Luthor. You've been worrying needlessly. The man almost steals the show. His Lex is neurotic, eccentric, but also a master manipulator, who, while not an imposing figure physically, nevertheless imposes himself impressively on the lives of every character in the movie... and I mean every character. 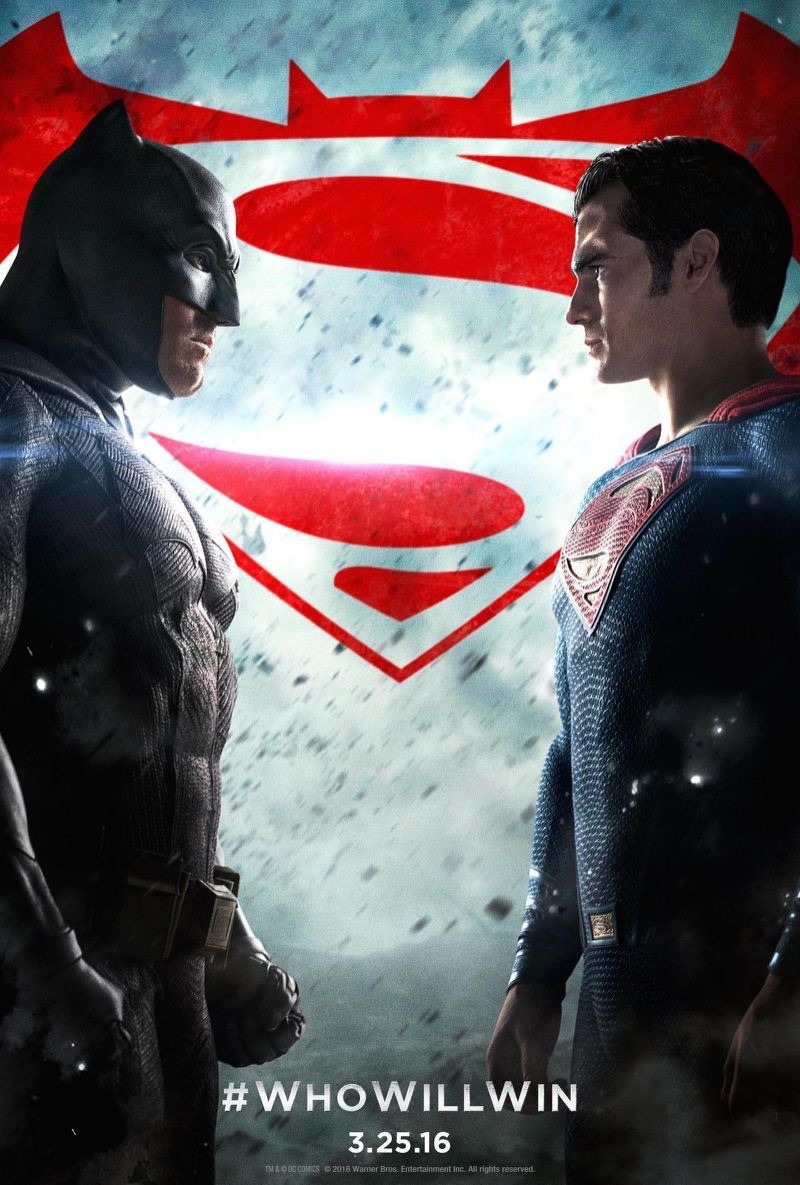 The action scenes are impressive. The fight is everything you expect it to be and more. But the why of it all is not something I saw coming. It makes sense and Superman does everything in his power to remove the need to fight in the first place. You won't be disappointed.

However, I will say this... Superman is the hero we fans want him to be. Batman on the other hand is brutal... deadly even.

Wonder Woman's entry received the biggest reaction from the audience. Her involvement in the film, both as the Amazon Warrior and Diana Prince strikes the right balance. The introduction to the other "meta humans" such as Aquaman, The Flash, and Cyborg is quite creative, and not what I was expecting.

All in all I was quite impressed with "Batman v Superman: Dawn of Justice". Mostly I was relieved to see that Superman is the hero we all want and expect him to be. He's the inspirational character of the film.

Doomsday is the threat required for all three superheroes to come together as expected. The action in this part of the film is well choreographed. It was interesting to see Superman and Wonder Woman working together, while Batman mostly dodged out of the way.

Bruce Wayne's "nightmares" are an interesting foreshadowing of what's to come in the "Justice League" movie, and I'm a little perplexed as to why and how he's having them.

There wasn't too much I didn't like about the movie. It irked me that fans cheered at Batman's brutality towards other humans (even if they were criminals), and at one point in the movie I turned to my wife and said, "Oh, so it's okay for Batman to do that, but if it was Superman everyone would be having a fit!".

Other than that, the movie was quite brilliant. I didn't feel like I was sitting there for two and a half hours at all. I was totally engrossed in the film from beginning to end.

For me, I'd give this film an 8 out of 10. It wasn't perfect, but there wasn't much wrong with it either. While I loved "Man of Steel", there were points in that film that troubled me. Other than some Batman moments in this film, there really isn't anything Superman related that I didn't like.