The Hollywood Reporter has published an interview with writer Gene Luen Yang to discuss the upcoming publication of his 3-part miniseries, “Superman Smashes the Klan”. Here’s an excerpt from the interview…

One of the things that I like about the first issue is that you show Superman as an inspirational figure not only to the “good guys,” but also to Chuck, who’s the child who doesn’t necessarily understand what Superman stands for. The iconography of Superman is shown to be this nuanced thing.

One of the things about the Superman radio show, and the original version of this story, is that it actually comes relatively early in Superman’s career. He was first published in 1938, and the story was broadcast around 1946, so that’s just eight years, and he was already a worldwide phenomenon. And especially in America, he was wildly popular. But I do feel that the Superman that we all know and love today, he wasn’t quite formed yet [at that time].

There were still pieces of him that were being solidified. And as much as the radio show impacted the real world in terms of bigotry and racism, it also helped shape Superman’s character. It was at this point where Superman really did become a symbol of American tolerance, American justice and American hope.

You can read the full interview at The Hollywood Reporter.

“Superman Smashes the Klan” will premiere on Wednesday, October 16, with the first of three 80-page perfect bound issues. The collected edition of the story will be released in 2020.

“The year is 1946, and the Lee family has moved from Metropolis’s Chinatown to the center of the bustling city. While Dr. Lee is greeted warmly in his new position at the Metropolis Health Department, his two kids, Roberta and Tommy, are more excited about being closer to their famous hero, Superman!

“While Tommy adjusts to the fast pace of the city, Roberta feels out of place, as she tries and fails to fit in with the neighborhood kids. As the Lees try to adjust to their new lives, an evil is stirring in Metropolis: the Ku Klux Klan. When the Lee family awakens one night to find a burning cross on their lawn, they consider leaving town. But the Daily Planet offers a reward for information on the KKK, and their top two reporters, Lois Lane and Clark Kent, dig into the story.

“When Tommy is kidnapped by the KKK, Superman leaps into action – with help from Roberta! But Superman is still new to his powers – he hasn’t even worked out how to fly yet, so he has to run across town. Will Superman and Roberta reach Tommy in time?

“Inspired by the 1940s Superman radio serial ‘Clan of the Fiery Cross,’ Gene Luen Yang (American Born Chinese, Boxers and Saints, The Terrifics, New Super-Man) brings us his personal retelling of the adventures of the Lee family as they team up with Superman to smash the Klan.” 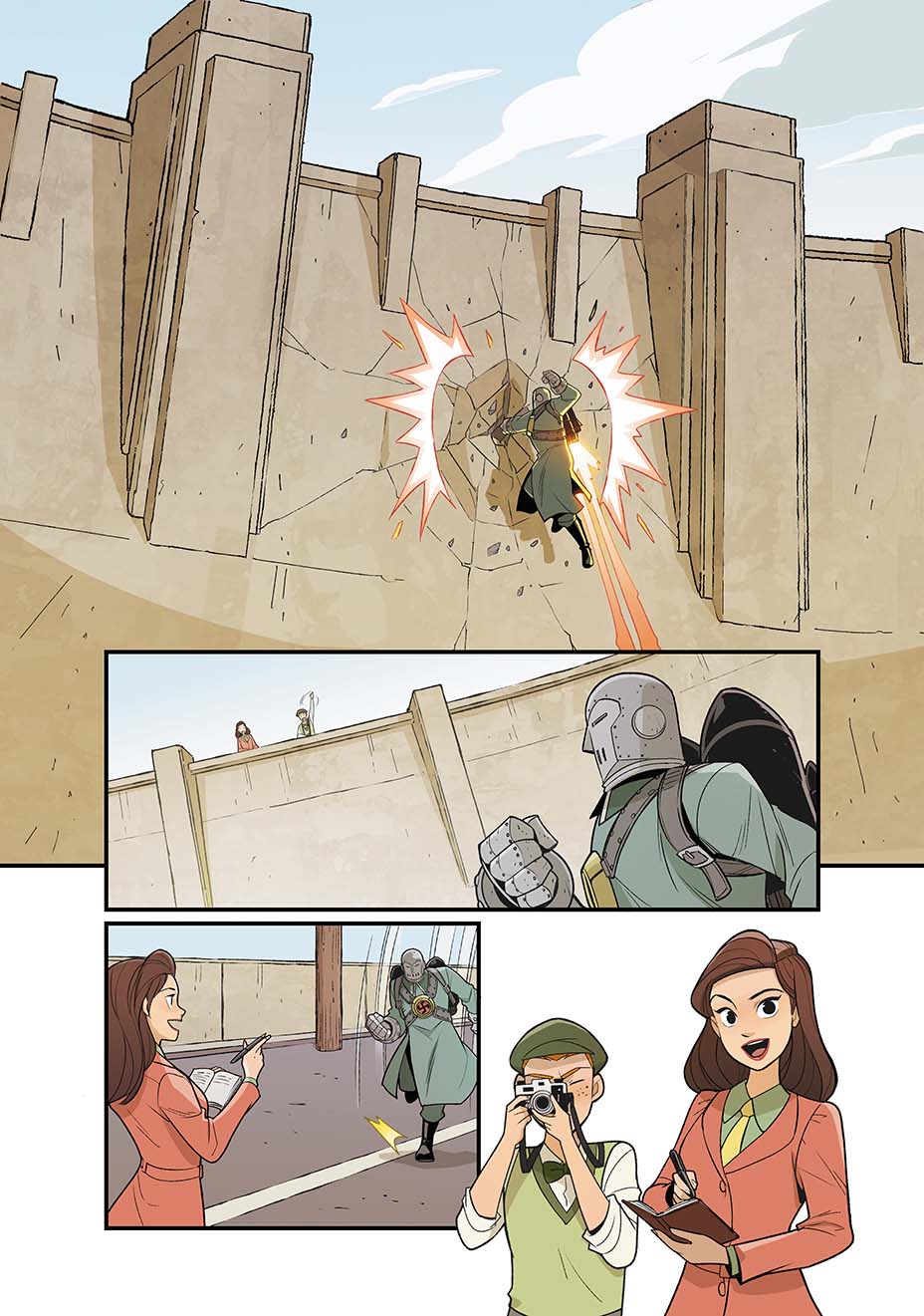 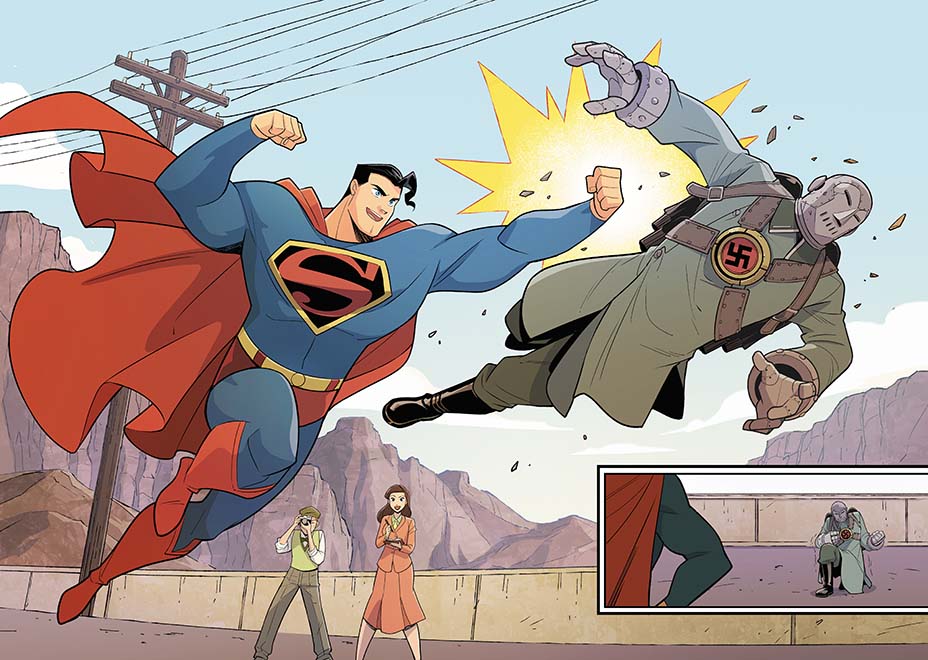 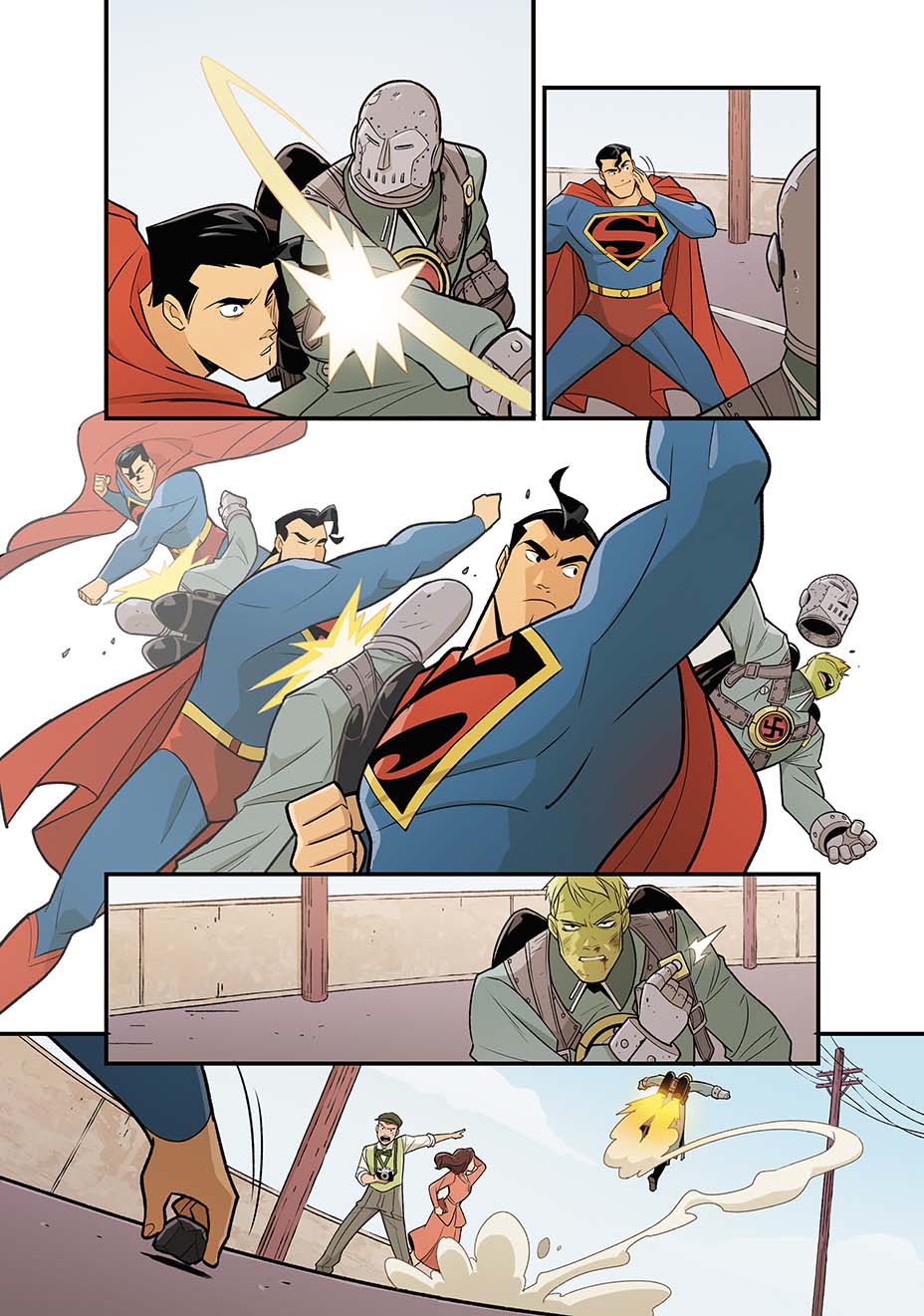 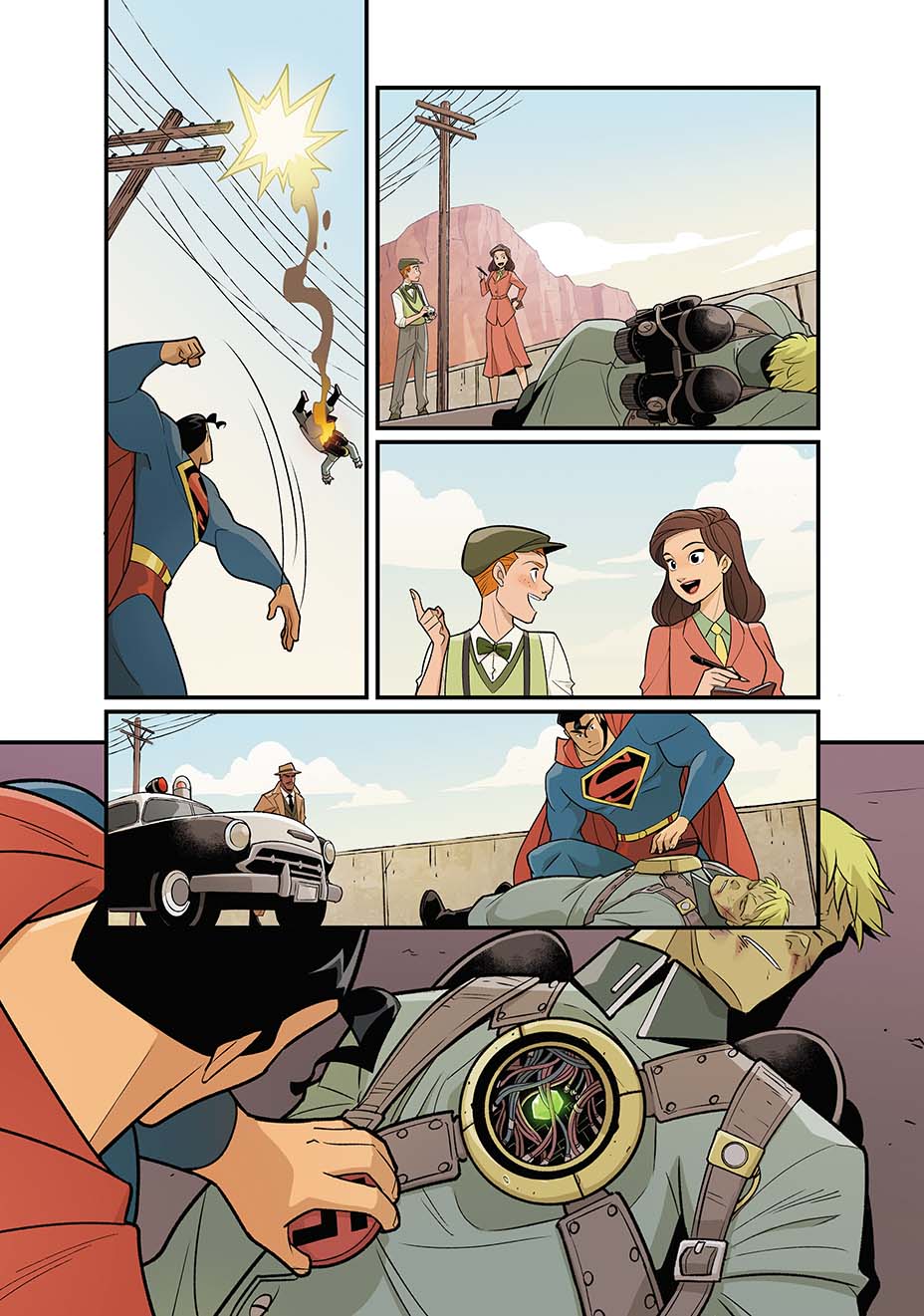 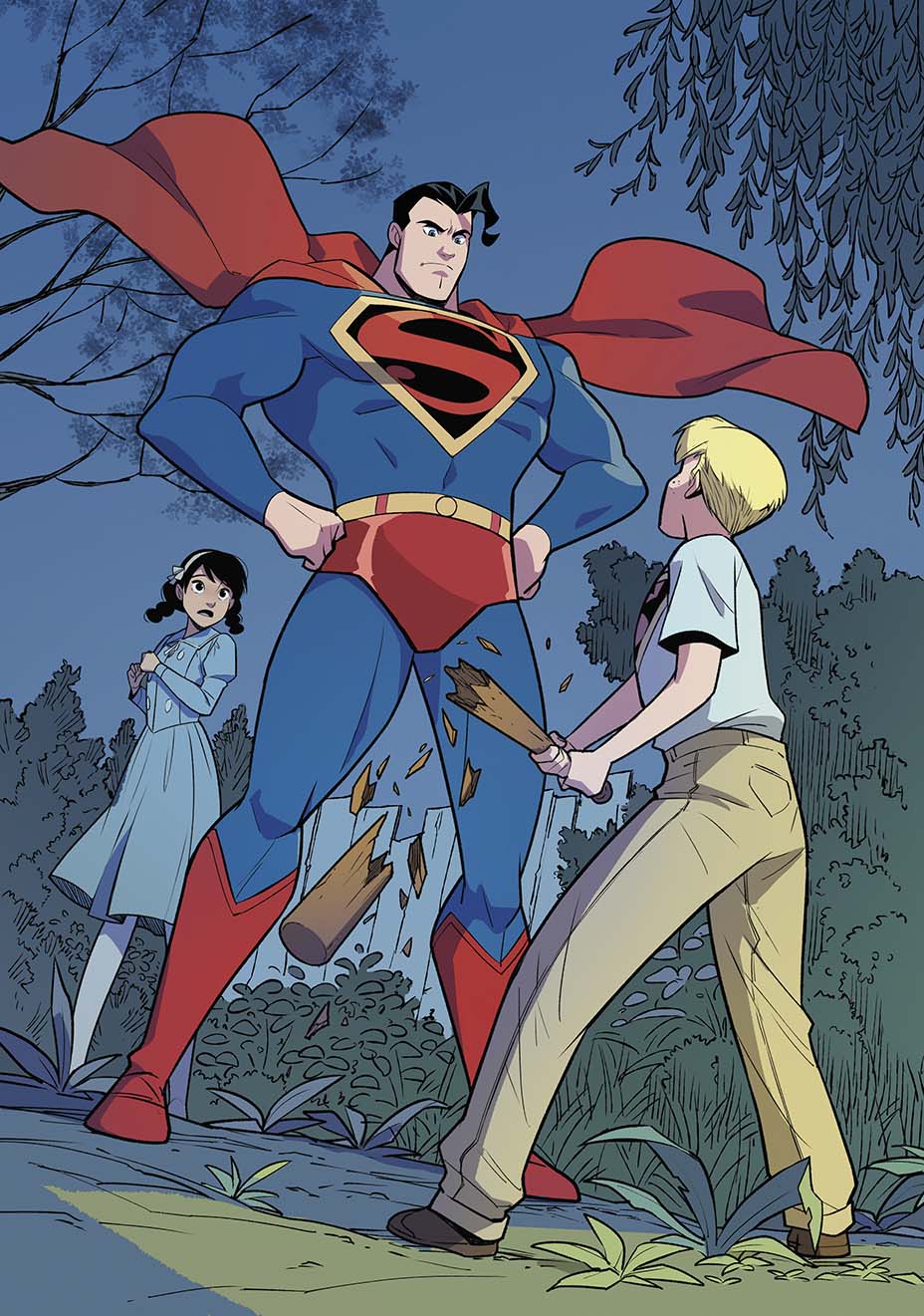 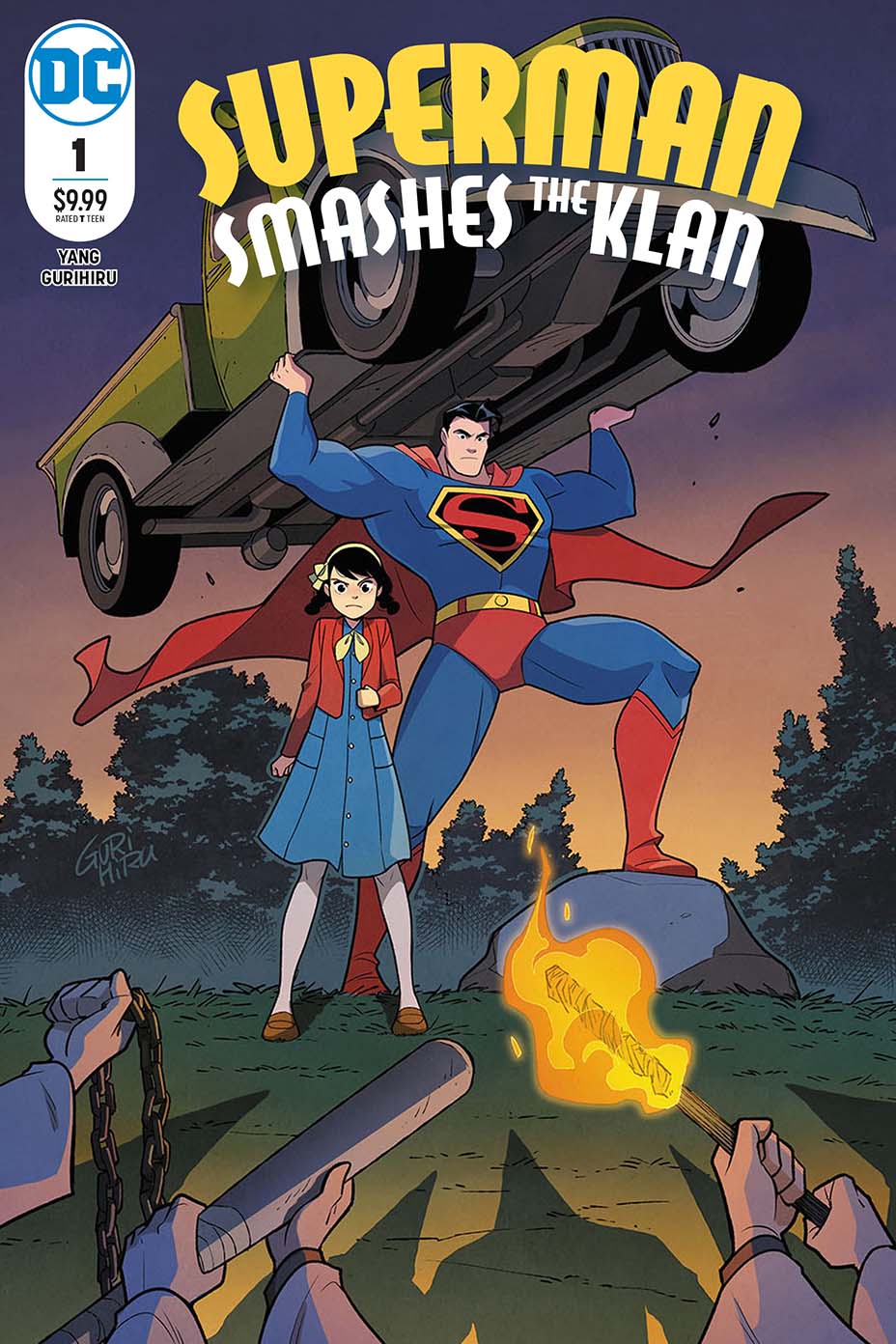 PreviewsWorld.com has released the list of comic books and other items on sale this week. Here are the Superman related items in that list. On sale date: December 26, 2018 (unless otherwise stated). The following […]

PreviewsWorld.com has released the list of comic books and other items on sale this week. Here are the Superman related items in that list. On sale date: October 23, 2019 (unless otherwise stated). The following […]

PreviewsWorld.com has released the list of comic books and other items on sale this week. Here are the Superman related items in that list. On sale date: February 27, 2019 (unless otherwise stated). The following […]

I want to read this comic. From the looks of these images, I believe it would make an excellent animated movie.

I was thinking the same thing. Actually, at first it almost looked like scenes from an animated movie. So, I agree with you in that I think it would make a good animated movie. Wasn’t there news a while ago that there’s a “Superman VS The Klu Klux Klan” film in the works (whether it’s an actual movie or documentary, we don’t know yet)?

I remember hearing something about that as well. I don’t know what became of it though.

Looking forward to this.

Loving this art. Interesting blend of the standard \S/ with the Fleischer symbol.

I wouldn’t mind if there was a Superman animated series done in this style. Looks classy.